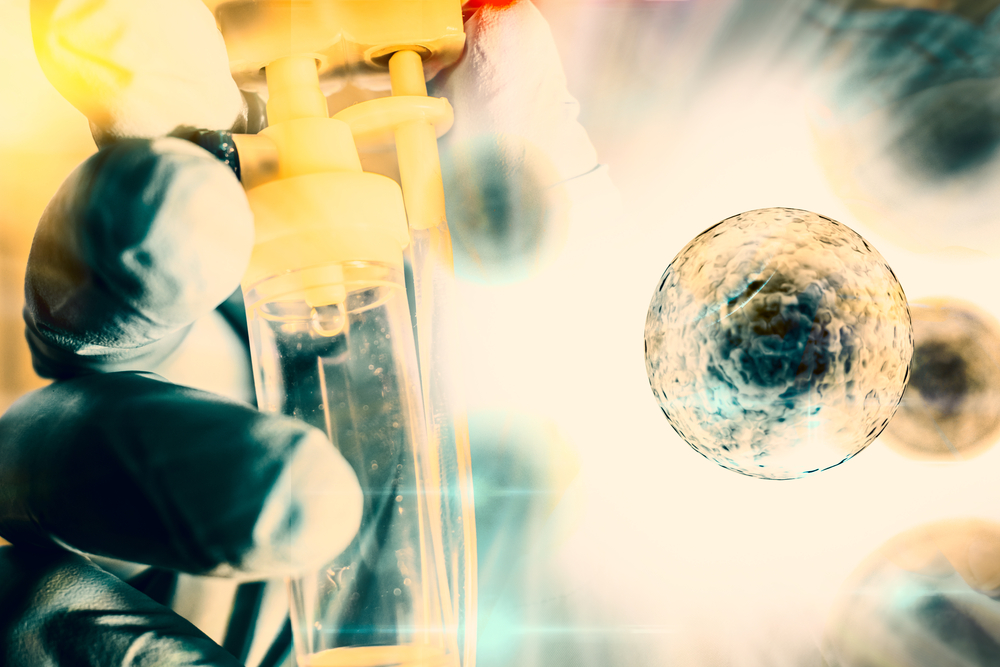 Stem cell transplants can cure patients with high-risk leukemia or lymphoma. Graft-versus-host disease (GVHD) is a potentially life-threatening side effect that occurs when the donor's immune cells attack the recipient's normal tissues. Moffitt Cancer Center researchers are trying to identify new drug targets to reduce the risk of GVHD. Their new study, published in the Proceedings of the National Academy of Sciences, shows a drug that targets the protein JAK2 may reduce the risk of GVHD.

The goal of stem cell transplants is to replenish the bone marrow and eliminate residual cancer using the donor's immune cells. However, in some cases the donor's white blood cells mount an immune response against the recipient's normal tissues. It is estimated that GVHD affects up to half of all stem cell recipients. Despite modern immune suppressive medications, death is possible when severe GVHD occurs.

The goal of GVHD treatment is to block the donor immune cells from targeting the body's normal cells, while at the same time maintaining the ability of the donor cells to target cancer cells for destruction. GVHD is commonly treated with drugs that suppress the immune system, such as glucocorticoids, but the scientific community is trying to find better alternatives with less side effects.

"An effort to identify selective immune suppression whereby GVHD is reduced and the antitumor activity of the graft is preserved is key to improving the success of blood and marrow transplantation," said Brian C. Betts, lead study author.

The protein JAK2 is believed to be involved in the development of GVHD. In collaboration with researchers from the Medical University of South Carolina, the Moffitt research team wanted to confirm the link and assess if blocking JAK2 could reduce the occurrence of GVHD. They performed experiments with mice that were genetically engineered to be missing the JAK2 gene.

They discovered that JAK2 regulates several of the immune cell mechanisms that lead to GVHD. They also showed that donor cells missing the JAK2 gene induced GVHD less than normal donor cells, and the genetically modified cells were still able to target tumor cells for destruction.

These observations suggest drugs that target JAK2 may prevent GVHD and still allow the donor cells to target cancer cells. The researchers confirmed this by transplanting normal stem cells into recipient mice and treating the mice with the drug pacritinib that inhibits JAK2.

They discovered that pacritinib reduced the number of immune cells responsible for GVHD and the number of mice that died from GVHD. Importantly, pacritinib did not inhibit the ability of the transplanted stem cells from targeting cancer cells for destruction.

The Moffitt research team also discovered that pacritinib could protect mice from tissue graft rejection, suggesting this approach could be used to prevent kidney or liver transplant rejection.