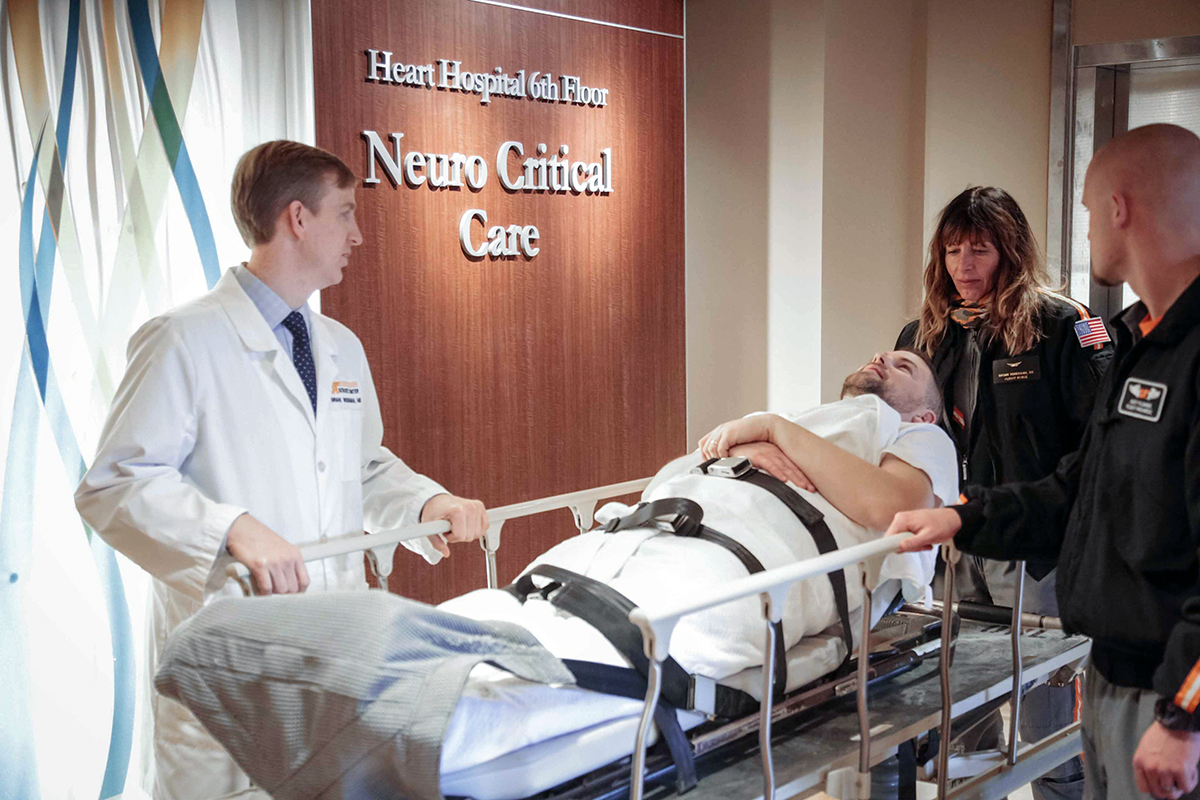 A researcher working out the puzzles of brain trauma, looking for advances that could reduce neurological damage after injury, seizures, hemorrhages, strokes or other events. From the advent of “clot-busting” drug TPA, which first had to be given within three hours of a stroke and now can be successfully given up to six hours later in some circumstances, to a standard of care that changed just weeks ago, using a catheter to pull a blood clot out the brain of some stroke patients up to 24 hours after the stroke, Langdon has seen innovation dramatically change outcomes in neuro patients.

Ten years ago, nothing people who had strokes went into nursing homes. Now we can do something, You can go from not being able to speak and have the whole left side of your body paralyzed too, 30 minutes later you’re normal. It’s that much of a change. It’s miraculous.

Last week Langdon got to see a long-promised change at the University of Tennessee Medical Center, where he heads the Division of Neuroanesthesiology Critical Care: a brand-new, state-of-the-art neurocritical care unit.

In recent years, UT Medical Center’s neuro patients have been spread over three different units on multiple floors; as the need for such specialty care grew, the hospital put those patients where beds were available. The neuro-intensive care unit, in an older part of the building, had eight beds.

Shingler, Langdon, and others with the hospital’s Brain and Spine Institute and the Emergency, Trauma and Critical Care Center got input into the new unit’s design. The larger patient rooms, where family members can spend the night, include full bathrooms and several touches intended to promote brain healing, like an outdoors-facing window in each room to help the brain stay on a night-day circadian rhythm, which Langdon said helps prevent delirium, and white noise piped in through speakers above each bed.

“The ability to move around is great,” Langdon said. “I’ve almost fallen going up and over tubes” in the old rooms. Instead, all systems are in an overhead boom system on the ceiling around the bed. The arm to the right of the bed contains equipment and supplies for respiratory therapists; the arm to the left is supplied for nurses.

At the foot of each bed is a built-in lift, capable of moving 600 pounds at a time in a sling up and around the bed, which Shingler said keeps patients safe and prevents strain on the backs of nurses and others. The hospital moved the first 16 patients in over two days last week.

The remaining rooms are still shells and will be outfitted with equipment before patients are moved in, Shingler said. Sixteen beds are a good start,” he said. “We plan on doing some great things here.