New Brain Cells In Adults Grow Old As They Age 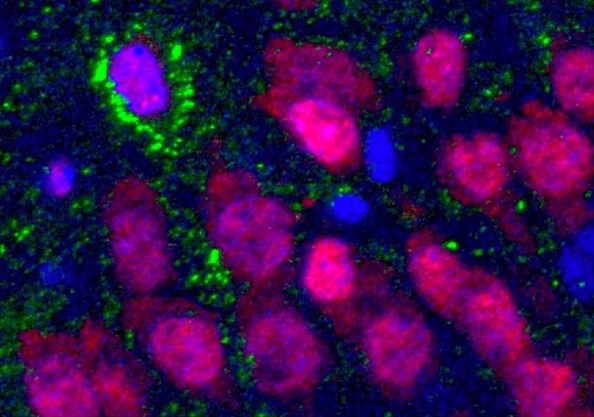 Scientists find signs of new brain cells in adults as old as 79. They present new evidence that our brains continue to make hundreds of new neurons a day, even after we reach our 70s, in a process known as neurogenesis. To come to this conclusion, they looked at the brains of 28 deceased people aged 14 to 79. Their goal was to see whether aging affects neuron production. The study was published in Cell Stem Cell.

Previous research had shown that neurogenesis slows down in aging mice and non-human primates. Boldrini's group wanted to see whether a similar pattern occurred in humans.

In each brain sample, the researchers looked for evidence of neurons in various stages of development, including stem cells, intermediate progenitor cells that would eventually become neurons, immature neurons that had not fully developed, and new neurons.

The team looked only at the hippocampus, in part because it is one of the few areas of the brain that previous research has shown can produce new neurons into adulthood. This region is involved in emotional control and resiliency, as well as memory, Boldrini said.

In all their samples the researchers found similar numbers of neural progenitor cells and immature neurons, regardless of age. This led them to conclude that the human brain continues to make neurons even into old age. However, the researchers did uncover some differences in the brains of young people and older people.

They don't find fewer of the new neurons or fewer of the progenitors of new neurons, but we find that new neurons might make fewer connections. This might explain why some older people suffer from memory loss or exhibit less emotional resiliency.

These new findings were published one month after a team of researchers from the University of California; San Francisco reported in Nature that it was unable to find any evidence of neurogenesis after adolescence in humans at all.

Based on the representative images they present, the cells they call new neurons in the adult hippocampus are very different in shape and appearance from what would be considered a young neuron in other species, or what we have observed in humans in young children.

They added that in their study, they looked not just at protein markers associated with different types of cells, as Boldrini and her team did, but also performed a careful analysis of cell shape and structure using light and electron microscopes.

That revealed that similarly labeled cells in our adult brain samples proved to be neither young neurons nor neural progenitors, but rather non-neuronal glial cells expressing similar molecular markers.

Boldrini points out that the two groups were working with very different samples. She and her team examined more than two dozen flash-frozen human brains, which were donated by families of the deceased at the time of death.

The brains were immediately frozen and stored at minus-112 degrees Fahrenheit, which keeps the tissue from degrading. In science, the absence of evidence is not evidence of absence. If you can't find something, it doesn't mean that it is not there 100%.