Neutralization of Ebola Viruses with Aid of Rare Antibodies 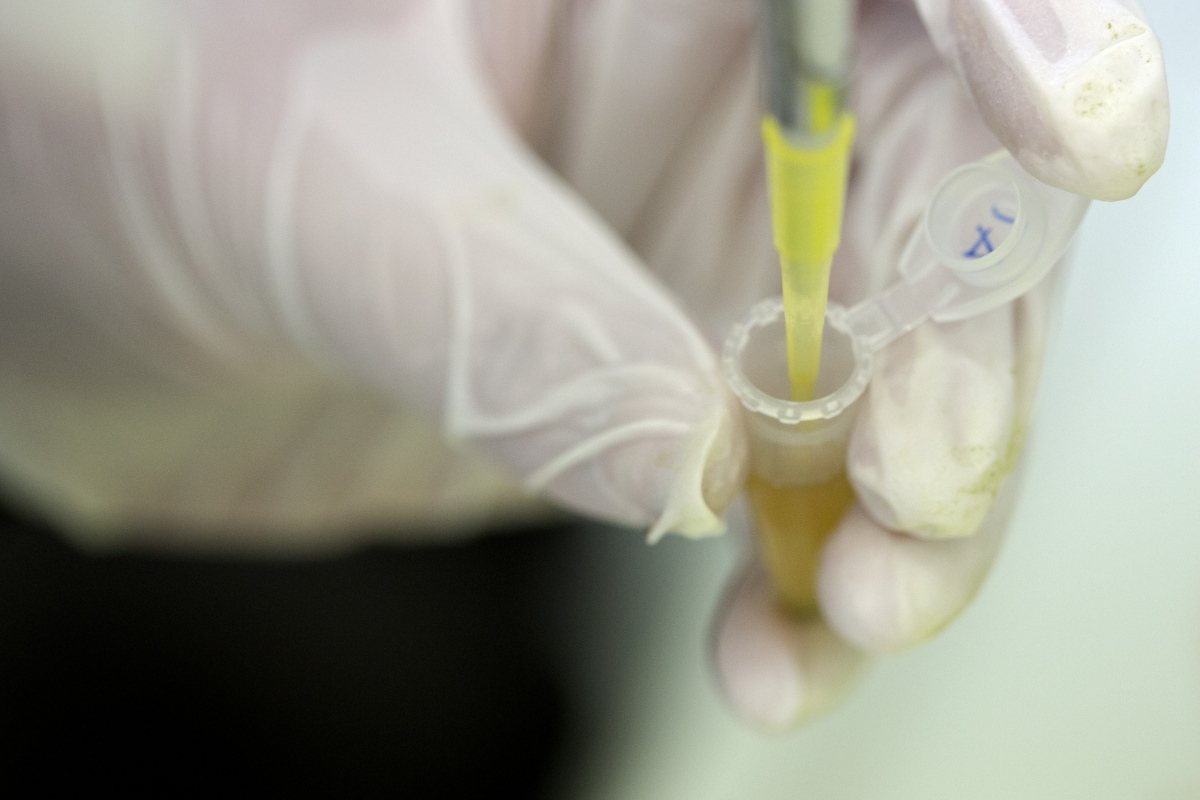 Two new studies by scientists at Scripps Research are bringing Ebola virus's weaknesses into the spotlight, showing for the first time exactly how human and mouse antibodies can bind to the virus and stop infection—not only for Ebola virus, but for other closely related pathogens as well.

The research suggests antibodies like these could be key ingredients in versatile lifesaving therapeutics capable of neutralizing all members of the Ebolavirus genus.

"This is like understanding how to kill five or six birds with one stone," says Erica Ollmann Saphire, published recently in mBio and the Journal of Infectious Diseases. "The different viruses in the Ebolavirus genus vary in their structure, but all these different viruses have the same outbreak potential. We need a therapeutic approach that can target them all."

A major challenge in treating what we call Ebola virus is that it isn't just one pathogen but five. Members of the genus Ebolavirus include Ebola virus, Sudan virus, Bundibugyo virus, Taï Forest virus and Reston virus.

Each of these viruses is up to 50% different in amino acid sequence, making it tough to develop broad treatment strategies. Adding to the threat, all members of the Ebolavirus genus could mutate to escape immune system defenses and fight off drug therapies.

The new research shows that antibodies that bind to a site on the viral "fusion loop" can neutralize all known ebolaviruses. The fusion loop is part of the machinery that the virus uses to fuse with human cells and initiate infection. Targeting this peptide could present an opportunity to develop a universal therapy for infections caused by all five members of the Ebolavirus genus.

For the mBio study, the researchers focused on a human antibody called ADI-15878. This antibody was found in the blood of an Ebola virus survivor and is the only human antibody ever found to neutralize all five members of the Ebolavirus genus.

Using a high-resolution structural technique called X-ray crystallography, the scientists modeled the interaction between the antibody and the viral glycoprotein (the protein that enables the virus to infect a cell).

Ebola's glycoprotein is covered with sugars that help to mask the virus from detection by the body's immune system. The team observed that ADI-15878 binds directly to one of these sugars alongside a paddle-like structure on the fusion loop. Part of the antibody then dips down and binds into a pocket that is normally hidden by another part of the viral glycoprotein.

The researchers demonstrate that an antibody, termed 6D6, from this mouse binds to the same region as ADI-15878. The immunization study provides more evidence that this part of the fusion loop is a promising target for vaccine design and therapies.

It could be possible, the researchers say, for therapeutics to include antibodies that work like ADI-15878. Researchers working on Ebola vaccines could also design molecules that look like this region of the fusion loop.

These molecules, called immunogens, teach the human immune system which piece of the virus to target. "We're hot on the trail of immunogen design strategies to produce more of these neutralizing antibodies," Ollmann Saphire says.