NASA Is Working To Help The Risk Of Hazards To Astronauts 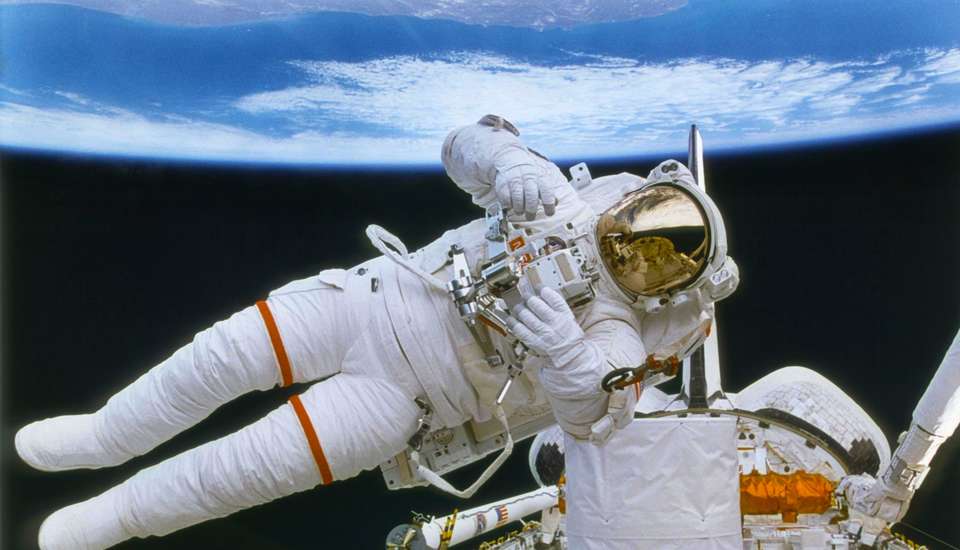 A long trip to space involves facing several dangerous elements. Astronauts can be felled by radiation, develop health problems owing to a lack of consistent sleep, or become psychologically damaged by spending a long time in isolation.

NASA is working on countermeasures to mitigate the risk that these hazards pose to astronauts, as the agency explained in a recent five-part series on “Houston, We Have A Podcast.” Read on to learn more about the dangers that astronauts face, and what NASA is doing about them.

1. Radiation can lead to cancer and other serious health problems

As crews escape the protective envelope of Earth’s magnetic environment, they run across forms of radiation in space that are bad for human health. Just three months working aboard the International Space Station would subject an astronaut to more than triple the maximum recommended dosage of radiation for one year.

Long-term radiation exposure is associated with an increased cancer risk in the long term. In the short term, extreme radiation doses can lead to sickness, hair loss, and even death. So NASA has a vested interest in protecting its crews and making sure that they are going to be exposed to as little radiation as possible.

2. Isolation is really tough on your psychological health

Seniors, people with disabilities, and people living in harsh environments all face a similar issue isolation. If there are few options to leave your house and see other people and participate in what many consider “normal” life, it’s difficult for humans to function psychologically.

One sign of crew stress shows up in how they sleep. One research study cited in the podcast showed that in a sample size of 21 people, crews on the space station aren’t sleeping well roughly 29% of the time.

Say there’s a huge emergency on the way to Mars maybe an Apollo 13-style explosion that cripples one of the spacecraft. In such a situation, astronauts may only have a few seconds or minutes to react in order to save their lives. NASA already has its crews trained in basic medical procedures in space, so they can deal with many common issues by themselves.

4. Microgravity eats away our bones and muscles

On the ISS, astronauts constantly “fall” around the Earth as they orbit, so they don’t feel the effects of gravity. While floating around for six months or a year in space sounds like a lot of fun, there’s a serious side effect; once you get back to Earth, you’re basically a cripple.

One of the things that hurts astronauts in space is the loss of a regular “day” in space. The sun rises and sets 16 times in 24 hours aboard the ISS, because astronauts hurtle around the Earth once every 90 minutes.

Right now, doctors are trying to better firm up the circadian cycle by improving sleep for astronauts, which means reducing noise, making their schedules less stressful in the evening so that they can wind down, and taking other measures.

Doctors are still characterizing exactly how circadian problems affect Antarctic explorers, but the hope is in future years they’ll be able to implement countermeasures to help both the crews on Earth and the crews in space.