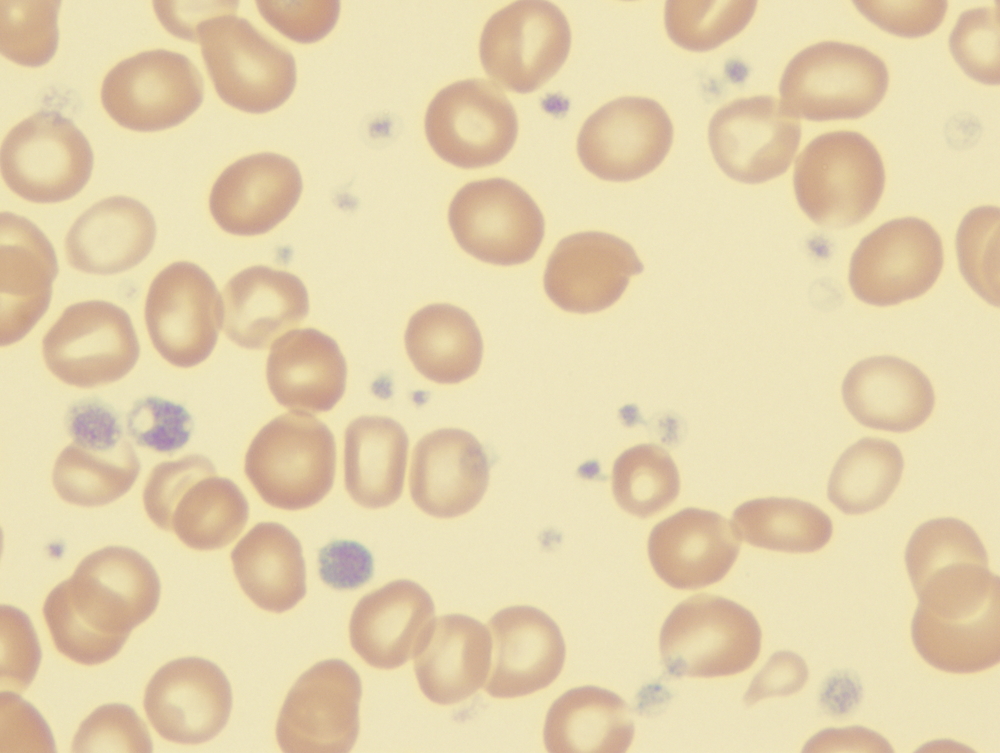 Contrary to initial reports, romiplostim treatment of thrombocytopenia does not appear to increase the risk of progression from myelodysplastic syndrome (MDS) to acute myeloid leukemia (AML).

Based on findings of excess blast cells and high proportions of patients diagnosed with AML after starting romiplostim treatment in phase 2, placebo-controlled trial, romiplostim's label includes a warning that "in some patients with MDS, (romiplostim) increases blast-cell counts and increases the risk of progression to AML.”

Dr. Hagop M. Kantarjian from the University of Texas MD Anderson Cancer Center, Houston, and colleagues now provide final 5-year data from the long-term follow-up of patients in the phase 2 trial, with a particular focus on the risk of leukemic transformation.

The last dose of treatment was administered on February 23, 2011, and the last patient follow-up was on December 10, 2015. After the safety committee recommendation, 69 of 250 patients (28%) discontinued treatment early.

Median follow-up time is now 27 months in the romiplostim group and 30 months in the placebo group, compared with only 10 months reported in the earlier publication.

At the final follow-up, the rate of progression to AML was similar between romiplostim recipients (12%; 20/167) and placebo recipients (11%; 9/83), according to the Lancet Haematology online report.

Nearly half (14/29, 48%) of the patients who progressed to AML were classified as having refractory anemia with excess blasts (RAEB)-1 at screening, though they accounted for only 13% of the total study population. Mortality as of last follow-up was similar in the romiplostim (56%) and placebo (54%) groups.

“Physicians should take into account our findings of no increased AML risk with romiplostim, the warning language from the prescribing information, and the characteristics of individual patients when making treatment decisions for patients with lower-risk MDS and thrombocytopenia,” Dr. Mac concluded.

Dr. Moshe Mittelman from Tel Aviv Sourasky Medical Center, in Israel, who wrote an accompanying editorial, told Reuters Health by email, "The most interesting and important point is that we can most probably say now that the use of thrombomimetic (platelet-raising) agents is safe.”

“One should bear in mind that we do not have a solution for thrombocytopenic patients, and the two available agents, romiplostim (Nplate) and eltrombopag (Revolade; Promacta) both have been ‘blamed’ to be unsafe, with possible disease progression and potential transformation to acute leukemia,” he explained.

“Although this suggestion has not really been based on ‘hard’ data, it raised concerns, requiring extra caution and leading to discontinuation of the trials, and the drugs are unavailable in the market – leaving the patients hopeless.”

“I hope that now the development would continue,” Dr. Mittelman said, “(that) clinical trials will be activated and will eventually lead to available drugs in the market for the patients who really need it.”

Dr. David P. Steensma from Dana-Farber Cancer Institute, Boston, who has reviewed thrombopoiesis-stimulating agents in MDS, told Reuters Health by email, "It is somewhat reassuring that, now that we have longer follow-up, there is no significant difference between arms in terms of leukemia progression."

However, he added, "We continue to have concerns about the safety of this class of drugs in MDS, especially because at the MDS International Symposium in Valencia, Spain, last May investigators reported increased risk of progression with eltrombopag compared to placebo.”

“For patients with severe thrombocytopenia who are platelet transfusion-dependent and high risk of bleeding, these agents may still be justified, and many of us continue to use them in the clinic (off-label) if we can get them paid for by insurance (variable success),” he said.

“It is really a matter of trading a small risk of disease progression (which may be reversible with discontinuing of the thrombopoiesis-stimulating agent and may be treatable) versus a substantial risk of life-threatening bleeding.”

“So I think the take home message is that the risk is probably quite small with these agents, and they may continue to have a role in patients with MDS and severe thrombocytopenia,” Dr. Steensma said.