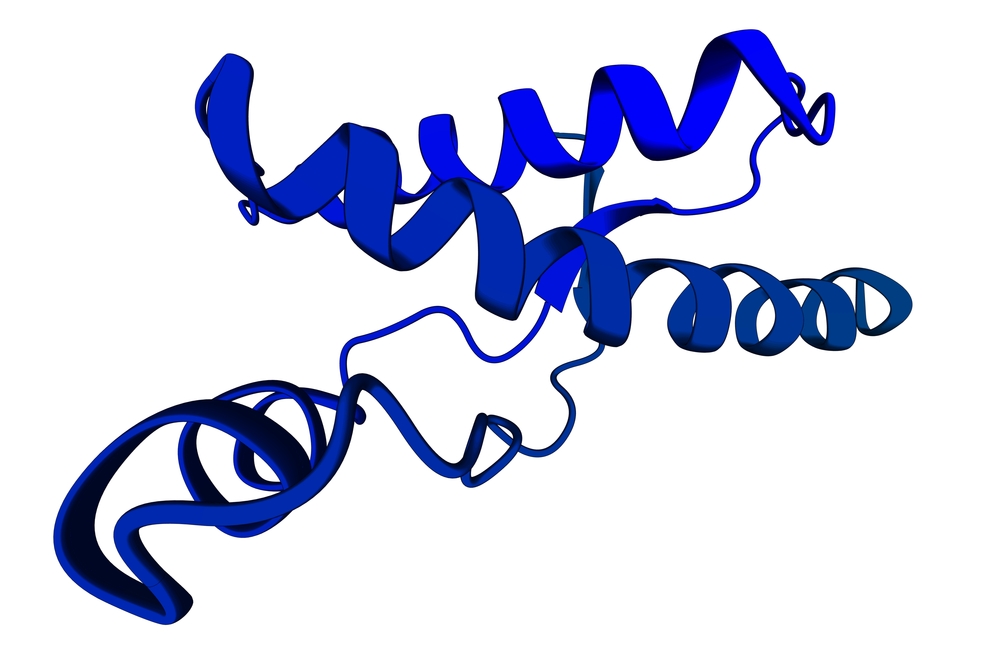 In many modern animated movies, the trick to achieving realistic movements for individual characters and objects lies in motion-capture technology. This process often involves someone wearing a tracking suit covered in small, colored balls while a camera captures the position of those colored balls, which is then used to represent how the person is moving. The paper was published in Biophysical Journal.

Researchers at the University of Pennsylvania are developing a similar technology to obtain atomic-resolution "movies" that track how proteins fold and change shape. To generate these movies, the scientists label the protein with probes at many positions and observe the movement of those labels.

The fluorescence data on the relative positions of the probes can then be used to construct computational models of the protein structure in atomic detail. This research could lead to improvements in drugs used to treat neurodegenerative diseases, as well as new methods of imaging that could lead to their earlier detection.

"One of the big fundamental questions in biochemistry is how proteins fold into a certain shape," said Petersson, "and this is dictated by the sequence of amino acids in the protein. The information in all of the interactions of the amino acid side chains somehow leads to it folding into a proper shape."

In healthy scenarios, Petersson said, that proper shape allows the protein to have different functions, such as transporting oxygen in the blood or becoming "molecular machines" that ultimately lead to muscle movements, such as those required for walking and running.

But in certain disease states, particularly in neurodegenerative diseases such as Alzheimer's and Parkinson's, the proteins misfold into an unhealthy shape, which can cause multiple copies of the proteins to aggregate into "spaghetti-like tangles or long fibrils." These fibrils, Petersson said, are toxic to neurons, which underlies Alzheimer's and Parkinson's disease.

"Since all of these involve protein folding into a certain shape, then what we'd like to do is to track the changes in shape of proteins," he said. "There are a number of different techniques that can be used to do this, but we like fluorescence because you can acquire fluorescence data fast enough that you can actually watch proteins fold in real time. Ultimately we would like to try to watch proteins folding in cells."

To get information about protein shape using fluorescent probes, researchers use a technique called fluorescence resonance energy transfer, which requires them to measure many distances between different points on the protein and then use that information to understand its shape, similar to motion-capture technology.

The researchers made about 30 measurements of different distances within the protein alpha-synuclein under different states where it's changing shape. They then used that collection of distance measurements in combination with complex computational modeling to get atomic resolution structures of the protein's shape.

Ferrie received a fellowship from the Parkinson's Disease Foundation to spend the summer in David Baker's laboratory in the University of Washington, where Rosetta, one of the most commonly used programs for modeling proteins, was developed.

"Rosetta is designed to model stable well-folded proteins," Petersson said, "not disordered proteins that can change shape, so Jack had to do a lot of rewriting of the code himself to be able to model these unruly proteins."

They collaborated with Rhoades' group to validate the modeled structures using single molecule fluorescence measurements, used a different type of technique called atomic force microscopy to image the protein and validate the models. Chris Dobson, from Cambridge University, shared nuclear magnetic resonance data about alpha-synuclein that provided further confirmation of the accuracy of the computer models.

According to Petersson, the researchers needed to make a lot of distance measurements over different regions of the protein to have enough data to generate computational models. Ferrie and Haney had to come up with a streamlined approach to attaching different sets of probes that would function over different distance ranges.

The researchers are now working to apply this technique to model protein structure in the aggregated forms that are toxic to neurons and to model its response to drugs that would cause it to change shape, preventing this aggregation.

"The ability to watch a protein as it changes shape," said Petersson. There have been some very impressive breakthroughs in getting structures of proteins in neurodegenerative diseases, but the fluorescence technique has the potential to do that in living cells, which no other technique has the ability to do."

According to Petersson, proteins adopting multiple shapes, stacking different copies upon each other and aggregating, as they do in neurodegenerative diseases, are an important basic biochemistry problem that other structural biology techniques can't really tackle.

A better understanding of how that works and what those shapes are has the potential to make an impact on diseases such as Parkinson's and to give researchers an opportunity to figure out how drug or diagnostic models interact with the protein.

Mach's group is interested in developing positron emission tomography imaging probes that can be used to bind to the aggregated forms of proteins and image them in patients.