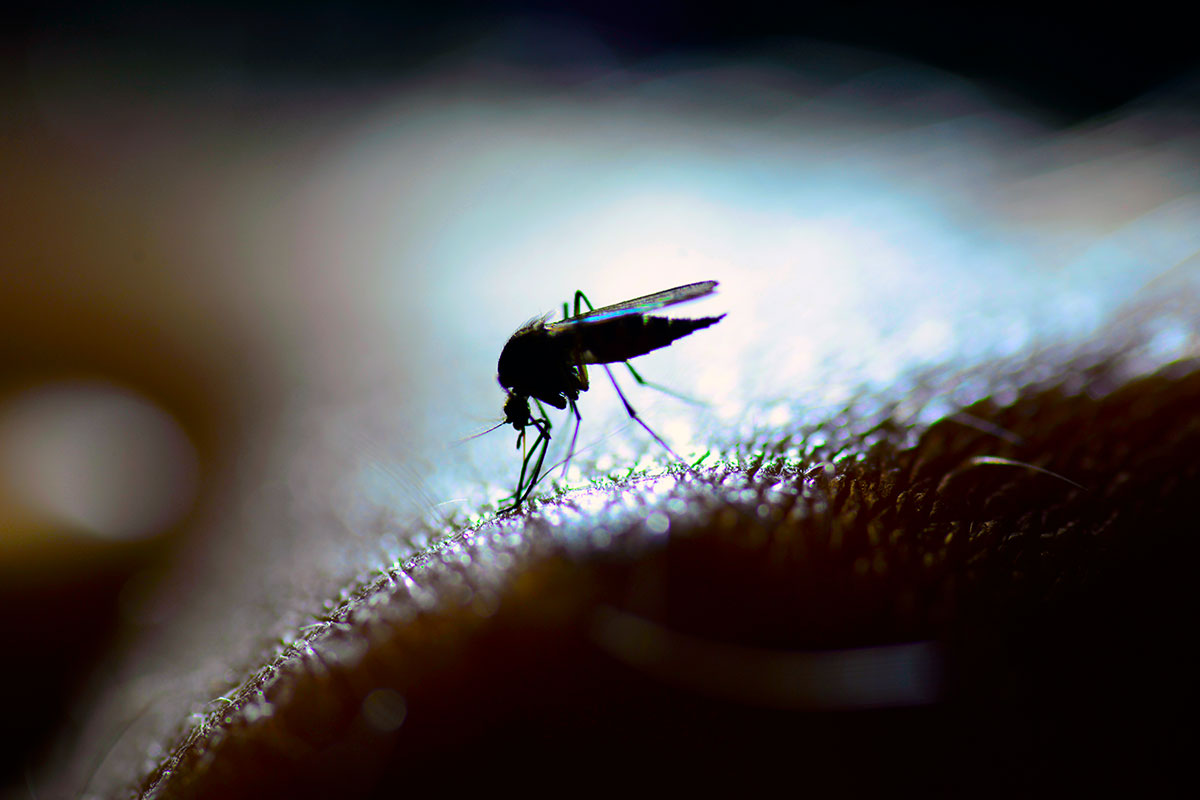 Mosquitoes may increase the severity of the diseases they transmit, and researchers think that mosquito saliva plays an active role in this process. Researchers have taken a closer look at the effect of mosquito saliva alone and found that it can trigger an unexpected variety of immune responses in an animal model of the human immune system.

These results offer an opportunity to develop effective strategies to prevent mosquito-based transmission of disease. The study appears in the journal PLOS Neglected Tropical Diseases.

"Billions of people worldwide are exposed to diseases transmitted by mosquitoes, and many of these conditions do not have effective treatments," said corresponding author Dr. Rebecca Rico-Hesse. "One of the interests of my lab is to study the development of dengue fever, which is caused by the dengue virus transmitted by mosquito Aedes aegypti."

"One of the main limitations for studying dengue fever is that the dengue virus only causes the disease in humans; no other animals can be used as models of the condition to develop preventive and therapeutic measures," Rico-Hesse said. "To overcome this challenge, we have been working with a mouse model of the human immune system."

These 'humanized mice' were developed by other research groups from mice naturally born without their own immune system. These severely immunodeficient mice received human stem cells that gave rise to many of the components of the human immune system, creating a living humanized animal model in which Rico-Hesse and her colleagues can study factors that may affect the development of dengue fever.

"In 2012, we demonstrated in these humanized mice that mosquito-bite delivery and needle-injection delivery of dengue virus led to significantly different disease developments," Rico-Hesse said.

These observations support the idea that mosquitoes are not just acting like 'syringes,' merely injecting viruses into the animals they feed on. Their saliva seems to contribute significantly to the development of the disease, which has prompted Rico-Hesse et al. to investigate what this role might be. They began by determining the effect of bites from virus-free mosquitoes on the human immune response of humanized mice.

To test the effect of virus-free mosquito saliva on humanized mice, the researchers held a vial containing mosquitoes against a footpad of anesthetized humanized mice, allowing a total of four mosquitoes to feed on both footpads.

The researchers then took blood and a number of other tissue samples six hours, 24 hours and seven days after the mosquitoes bit the mice and determined the levels of cytokines, molecules that modulate the immune response, as well as the number and activity of different types of immune cells. They compared these results with those obtained from humanized mice that had not been bitten by mosquitoes.

To make the above determinations, the researchers used highly-sensitive techniques — flow cytometry for immune cell analysis and multiplex cytokine bead array analysis for cytokines — that allowed them to dissect the immune responses in great detail. This approach produced surprising results.

"We found that mosquito-delivered saliva induced a varied and complex immune response we were not anticipating," said co-author Dr. Silke Paust. "For instance, both the immune cell responses and the cytokine levels were affected. We saw the activation of T helper cells 1, which generally contribute to antiviral immunity, as well as activation of T helper cells 2, which have been linked to allergic responses."

"The diversity of the immune response was most striking to me. This is surprising given that no actual infection with any type of infectious agent occurred," said Paust. "These results are evidence that components in the mosquito saliva can modulate the immune response in humanized mice."

The researchers will continue this study by investigating which of the more than 100 proteins in mosquito saliva are mediating the effects on the immune system, or may help the virus become more infectious. Identifying these proteins could help design strategies to fight transmission of diseases.

"We hope that our work will inspire more research in this area with the long-term goal of using our understanding of how saliva manipulates the immune system for therapeutic purposes," said Paust.