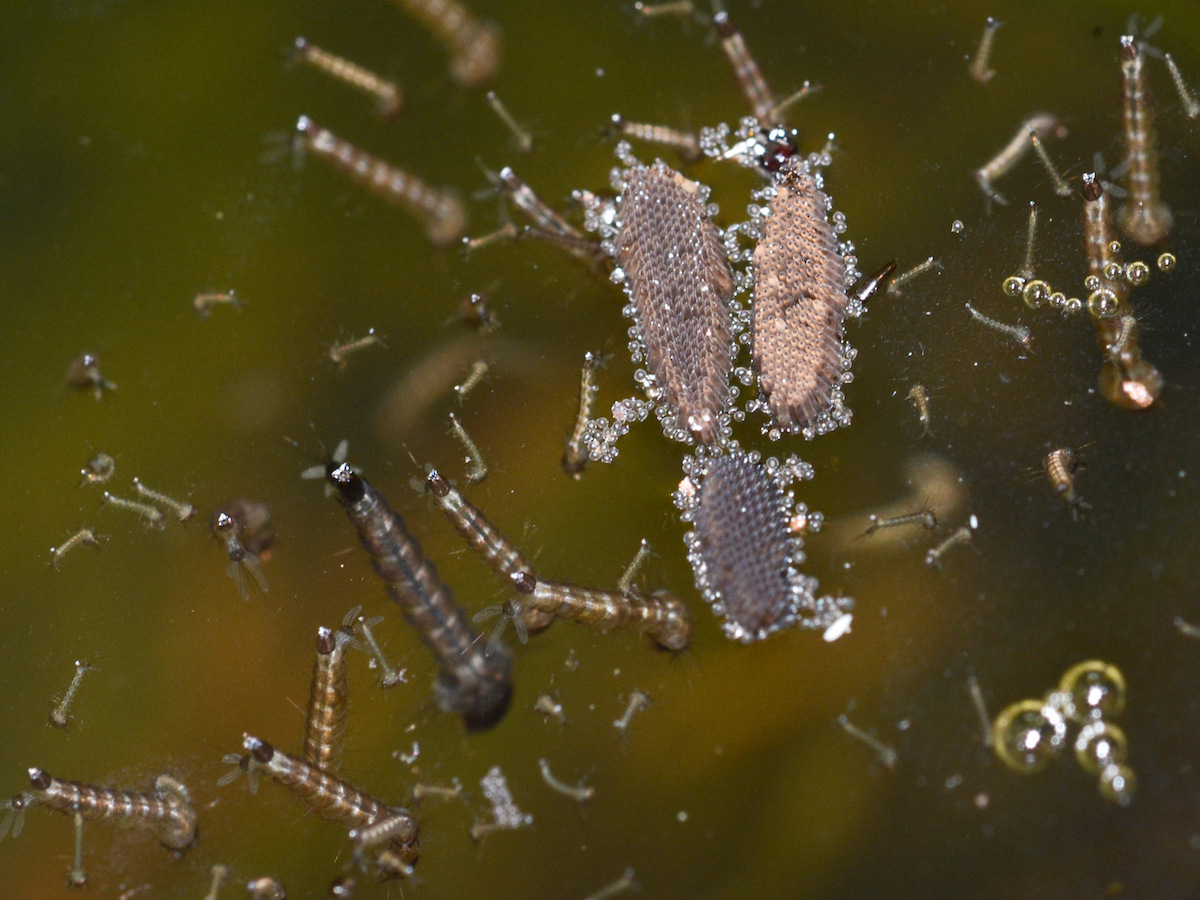 Entomologists at the University of California, Riverside have received a five-year grant of $2.44 million from the National Institute of Allergy and Infectious Diseases, or NIAID, to investigate the role hormones play in the female mosquito's ability to use human blood for egg production.

Vector mosquitoes need vertebrate blood to develop each batch of their eggs. As a result, reproduction in female mosquitoes is closely linked to blood feeding. The NIAID funding  will allow the entomologists to introduce novel research tools for genetic manipulation, such as CRISPR, in their exploration of the genetic basis for the hormonal control of mosquito reproduction.

"A clear understanding of the molecular mechanisms regulating egg development in mosquitoes can play a critical role in our coming up with innovative and novel vector control methods," said Alexander Raikhel.

The research project, titled "Molecular Basis of Ecdysteroid Action in the Mosquito," is expected to help Raikhel, Roy, and others in Raikhel's lab identify targets that can block the reproduction of female mosquitoes, thereby resulting in significant declines in mosquito populations and the dangerous diseases they transmit.

The menace of mosquito-borne diseases has increased over the years due to fast-growing insecticide resistance, social complexities, climate change, and the lack of effective vaccines. Mosquitoes are largely present in countries with extreme poverty and, hence, cause severe morbidity and economic loss that impede further development.

Raikhel explained that mosquitoes serve as vectors for harmful human diseases because disease pathogens use female mosquitoes for the obligatory stages of their life cycles. Each egg development cycle produces 100-150 eggs and transpires 3-4 times during a female's lifespan.

In Aedes aegypti females, two major insect hormones — the juvenile hormone and the steroid hormone ecdysone — control reproduction and egg development. Female mosquitoes are unique in that they undergo a three-day maturation period after they emerge from pupae. Juvenile hormone, which occurs only in insects, regulates this stage. In particular, it does so by regulating genes that are essential for subsequent reproduction steps.

After female mosquitoes take a blood meal, it is ecdysone that controls egg development. During this post-blood feeding stage, genes responsible for mosquito egg development undergo their sequential activation and shut down.

Researchers discovered that ecdysone not only activates some genes but also shuts down others in the course of the reproductive cycle. "It is possible that in understanding how important genes can be shut down naturally, we would get a clue to how this process can be manipulated to block egg development," said Raikhel, a member of the National Academy of Sciences.