Monitoring Heart with an Apple's Smartwatch 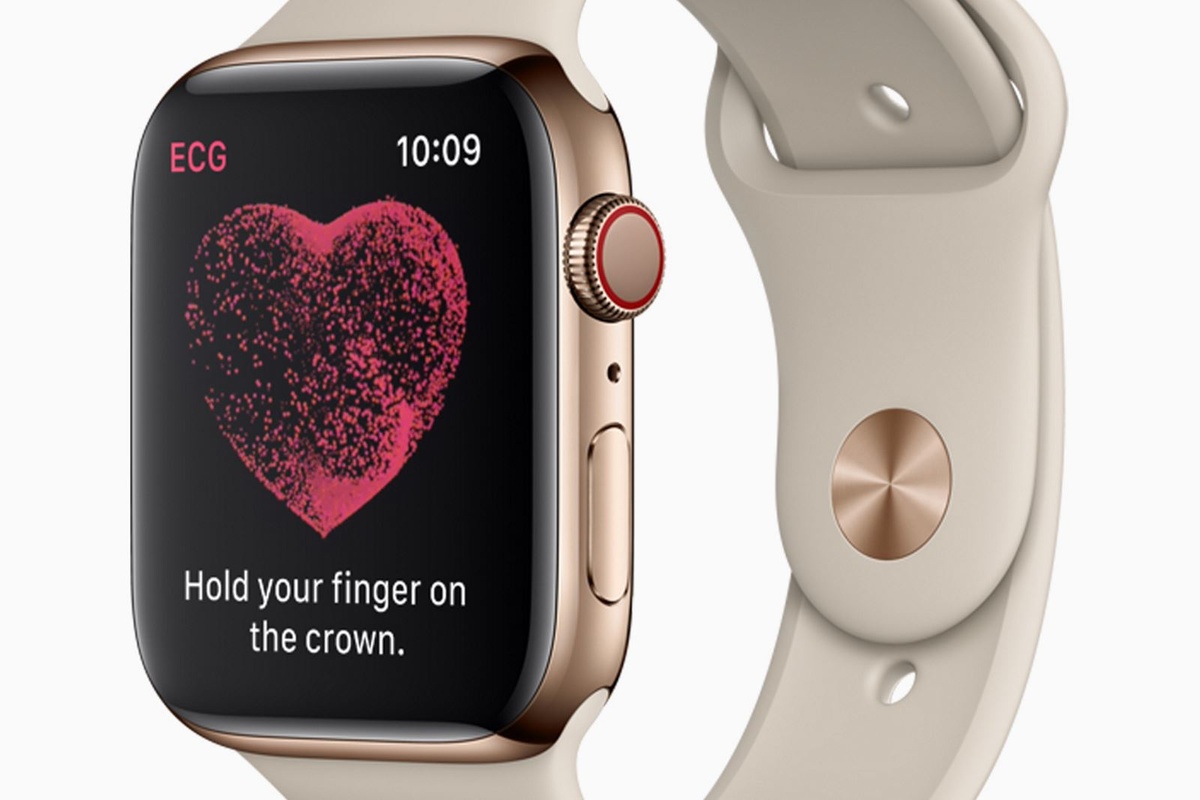 There will soon be another way to monitor your heart—from your wrist. The Apple Watch 4 will include electrocardiogram testing. Often referred to as an EKG or ECG, this is how healthcare providers check the electrical signals in a patient's heart. To a layman, these are the squiggly lines across a monitor.

Usually, it takes several electrodes patches stuck to a person's chest to get this information. Having it accessible through the watch could lead to quicker diagnosis of atrial fibrillation, an irregular and often rapid heart rate that can increase a person's risk of stroke, heart failure, and other heart-related complications.

"This can be an addition to our growing armamentarium to diagnose AFib, which can be intermittent and asymptomatic," said Dr. Lin Yee Chen, co-director of the Atrial Fibrillation Center at University of Minnesota Health Heart Care. He had not seen the device or learned any details beyond the basics provided by Apple.

"We need to make sure that the technology can be validated and that it actually translates to changes in outcomes," he said. "That's not a given. Just because you have a technology, doesn't necessarily mean a public health burden of disease will be reduced."

AFib affects up to 6.1 million people in the United States, a number that researchers expect will double by 2050. Untreated, AFib doubles the risk of heart-related death and increases a person's chance of having a stroke fivefold.

Apple considered this development so important that it invited Dr. Ivor Benjamin, president of the American Heart Association, to be on stage for the announcement at company headquarters in Cupertino, Calif.

"Capturing meaningful data about a person's heart, in real time, is changing the way we practice medicine," said Benjamin, who is also director of the Cardiovascular Center at the Medical College of Wisconsin. "In my experience, people often report symptoms that are absent during their medical visits. That's why information is vital information about a person's daily lifestyle choices and their specific health data."

Every time you heart beats, it sends an electrical impulse—or a "wave"—through your heart. The visual representation of those waves provides two types of crucial information:

To take the test via the Apple Watch 4, a user must launch the ECG app and follow on-screen instructions to place a finger on the screen for 30 seconds. Using electrodes in the watch face and a new electrical heart rate sensor in the back crystal, the app will determine if the heart is beating normally or whether it detects signs of atrial fibrillation.

All recordings and any noted symptoms are stored in the Health app and can generate a PDF that can be shared with healthcare experts. While the watch comes out later this month, Apple said the ECG app will be available in the United States later this year. The company also said the app received a type of classification from the Food and Drug Administration that allows the release of low- to moderate-risk devices.

The Apple Watch joined the market in 2015 and already has become the leader in the crowded field of smartwatches, many of which already measure pulse rate. As competition seeks to catch up or get ahead on the technologies offered, further refinements to heart monitoring could become available.

While the AHA does not endorse the watch, or any other products and had no role in Apple's ECG app—Benjamin said that the organization is all for any advancements in the tools that can help fight heart disease, the No. 1 killer of Americans.