Monitoring a Range of Health Conditions With Low-Cost Plastic Sensors 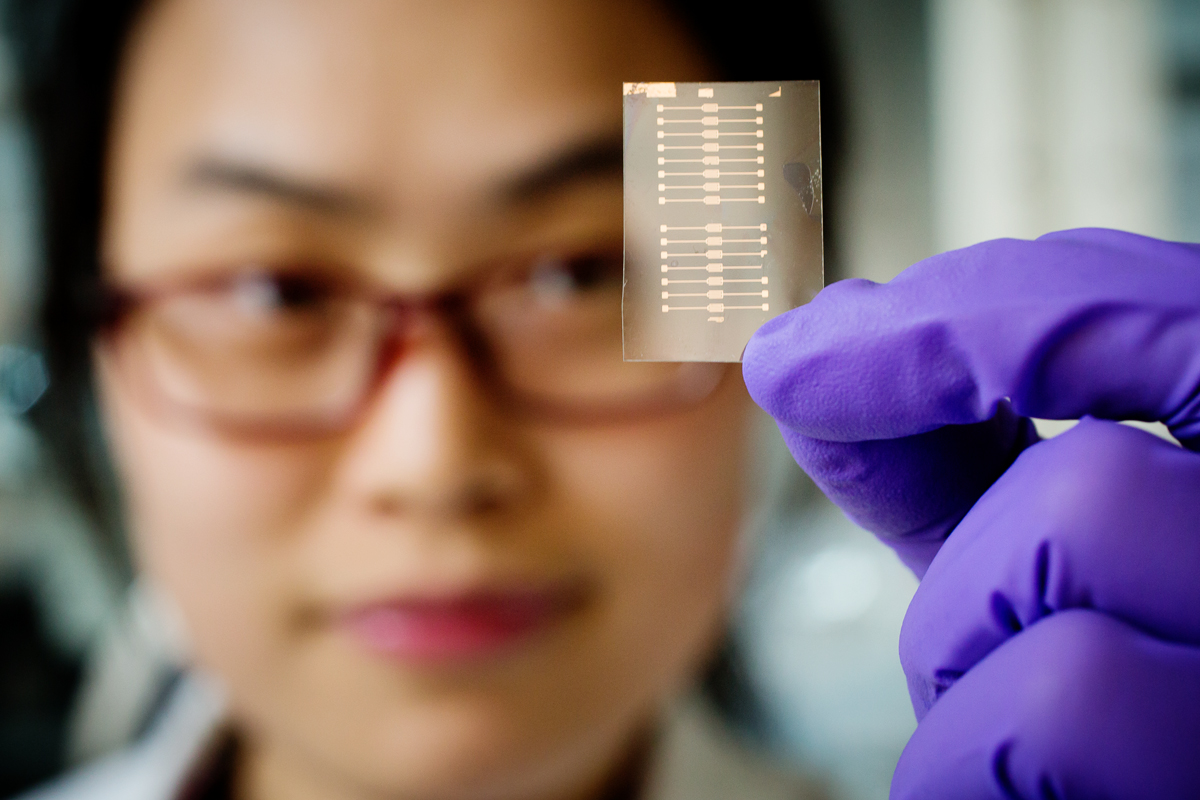 An international team of researchers have developed a low-cost sensor made from semiconducting plastic that can be used to diagnose or monitor a wide range of health conditions, such as surgical complications or neurodegenerative diseases.

An international team of researchers have developed a low-cost sensor made from semiconducting plastic that can be used to diagnose or monitor a wide range of health conditions, such as surgical complications or neurodegenerative diseases.

The sensor can measure the amount of critical metabolites, such as lactate or glucose, that are present in sweat, tears, saliva or blood, and, when incorporated into a diagnostic device, could allow health conditions to be monitored quickly, cheaply and accurately.

The new device has a far simpler design than existing sensors, and opens up a wide range of new possibilities for health monitoring down to the cellular level. The results are reported in the journal Science Advances.

The device was developed by a team led by the University of Cambridge and King Abdullah University of Science and Technology (KAUST) in Saudi Arabia. Semiconducting plastics such as those used in the current work are being developed for use in solar cells and flexible electronics, but have not yet seen widespread use in biological applications.

"In our work, we've overcome many of the limitations of conventional electrochemical biosensors that incorporate enzymes as the sensing material," said lead author Dr Anna-Maria Pappa.

"In conventional biosensors, the communication between the sensor's electrode and the sensing material is not very efficient, so it's been necessary to add molecular wires to facilitate and 'boost' the signal."

To build their sensor, Pappa et al. used a newly-synthesized polymer developed at Imperial College that acts as a molecular wire, directly accepting the electrons produced during electrochemical reactions.

When the material comes into contact with a liquid such as sweat, tears or blood, it absorbs ions and swells, becoming merged with the liquid. This leads to significantly higher sensitivity compared to traditional sensors made of metal electrodes.

Initial tests of the sensors were used to measure levels of lactate, which is useful in fitness applications or to monitor patients following surgery. However, according to the researchers, the sensor can be easily modified to detect other metabolites, such as glucose or cholesterol by incorporating the appropriate enzyme, and the concentration range that the sensor can detect can be adjusted by changing the device's geometry.

"This is the first time that it's been possible to use an electron accepting polymer that can be tailored to improve communication with the enzymes, which allows for the direct detection of a metabolite: this hasn't been straightforward until now," said Pappa. "It opens up new directions in biosensing, where materials can be designed to interact with a specific metabolite, resulting in far more sensitive and selective sensors."

"An implantable device could allow us to monitor the metabolic activity of the brain in real time under stress conditions, such as during or immediately before a seizure and could be used to predict seizures or to assess treatment," said Pappa.

The researchers now plan to develop the sensor to monitor metabolic activity of human cells in real time outside the body. The Bioelectronic Systems and Technologies group where Pappa is based is focused on developing models that can closely mimic our organs, along with technologies that can accurately assess them in real-time. The developed sensor technology can be used with these models to test the potency or toxicity of drugs.