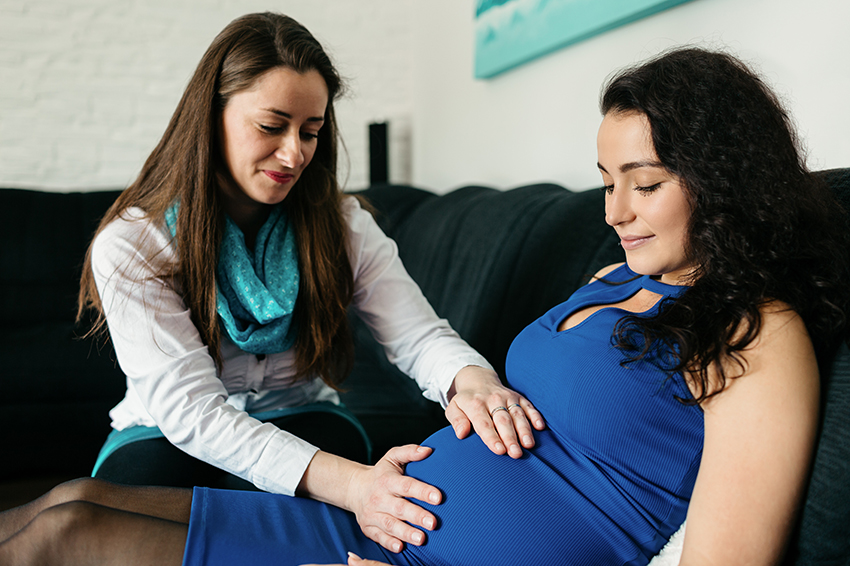 Midwife-friendly laws and regulations tend to coincide with lower rates of premature births, cesarean deliveries and newborn deaths, according to a U.S.-wide "report card" that ranks each of the 50 states on the quality of their maternity care. The study was published online on Feb. 21 in PLOS ONE.

The first-of-its-kind study found a strong connection between the role of midwives in the health care system – what the researchers call "midwifery integration" – and birth outcomes. States with high midwifery integration, like Washington and Oregon, generally had better results, while states with the least integration, primarily in the Midwest and South, tended to do worse.

As with most population health studies, the statistical association between the role of midwives and birth outcomes doesn't prove a cause-and-effect relationship. Other factors, especially race, loom larger, with African-Americans experiencing a disproportionate share of negative outcomes. However, almost 12% of the variation in neonatal death across the U.S. is attributable solely to how much of a part midwives play in each state's health care system.

"Our results show that families experience better outcomes when midwives can practice to their full capacity and are part of the system," said study leader Saraswathi Vedam, an Associate Professor in the Department of Family Practice at the University of British Columbia. "In marginalized communities in the U.S., where the health system is often stretched thin, expanding access to midwives and increasing their responsibilities could be a feasible strategy for improving maternity care."

About 10% of U.S. births involve midwives, far behind other industrialized countries, where midwives participate in half or more of all deliveries. Each state has its own laws and regulations on midwives' credentialing, their ability to provide services at a client's home or at birth centers, their authority to prescribe medication, their access to hospitals, and the degree to which they are reimbursed through Medicaid.

The team created a midwifery integration score based on 50 criteria covering those and other factors that determine midwives' availability, the scope of practice, and acceptance by other healthcare providers in each state. Washington had the highest integration score, 61 out of a possible 100. North Carolina had the lowest score, 17.

Vermont, Maine, Alaska, and Oregon had the highest density of midwives, as measured by the number of midwives per 1,000 births. The lowest midwifery integration was in the Midwest and Deep South. The study used higher rates of vaginal birth and breastfeeding as positive maternity care outcomes. Higher rates of cesarean birth, premature births, low birth weight and newborn deaths were indicators of poor outcomes.

The Deep South, which not only had lower integration scores but also higher rates of African-American births, had the worst rates of premature birth, low birth weight and newborn mortality. The West Coast states of California, Oregon and Washington consistently scored well on those measures.

"This research confirms what many of us who work in maternity care have long advocated – coordination of care between midwives and physicians can help alleviate the huge regional disparities in American birth outcomes," says Dr. Neel Shah, Director of the Delivery Decisions Initiative at Harvard's Ariadne Labs. "But for that to happen, state leaders should create a legal and regulatory environment that enables this type of integrated care to occur."