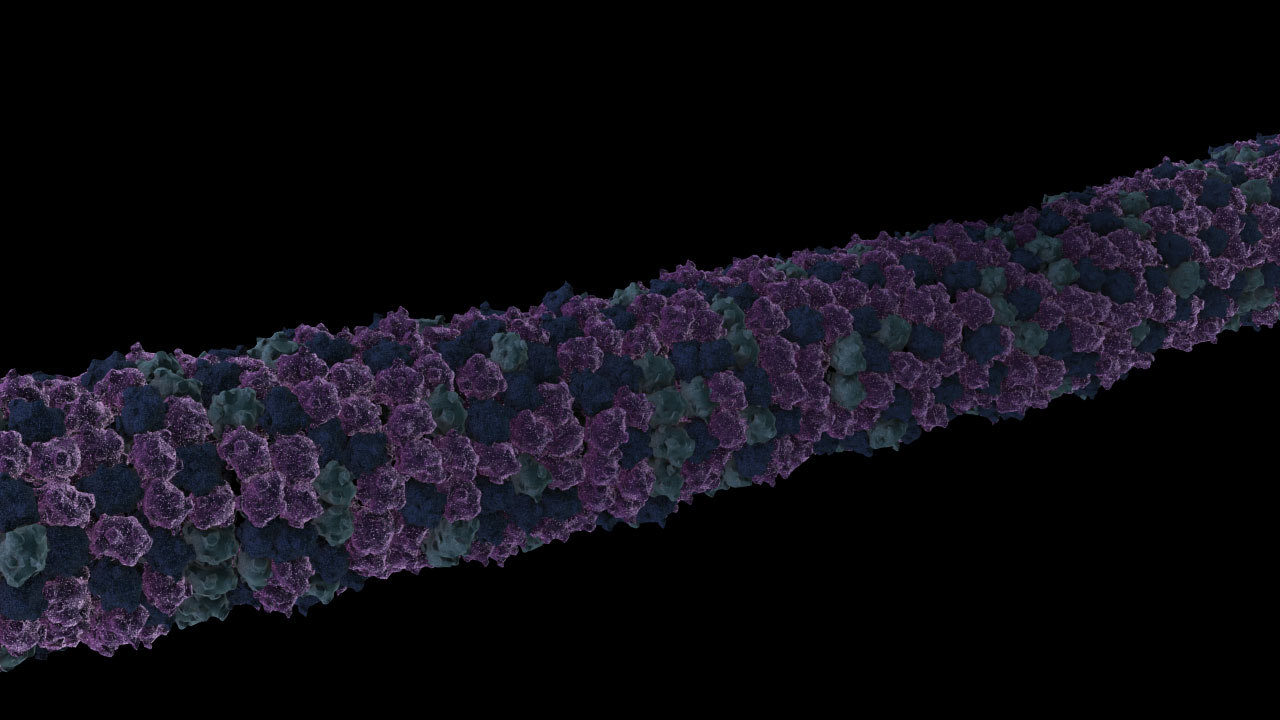 Researcher estimated microtubules not only confer mechanical stability on cells and help to dictate their forms, but they also serve as an intracellular transport network. Cells possess an internal skeleton, which enables them to alter their form and actively migrate. This 'cytoskeleton' is composed of some filament systems, of which microtubules are one. As the name suggests, a microtubule is a cylinder. Its wall is made up of 13 protofilaments, each consisting of heterodimeric subunits containing two related tubulin proteins. The study was published in the journal Physical Review Letters.

Microtubules are the major constituents of the mitotic spindle, which mediates the orderly segregation of the replicated chromosome sets into the two daughter cells during cell division. All of these functions require dynamic regulation of microtubule lengths. They developed a model in which the motor proteins that are responsible for the transport of cargo along protofilaments also serve to regulate microtubule lengths.

In the Previous study, they had shown that the density of molecular motors attached to the filaments has an impact on whether the microtubule grows or shrinks and that their effect depends on the length of the filament concerned. The longer the microtubule, the greater the number of motor proteins it can accommodate.

Motor molecules called kinesins proceed along the protofilament, stepping from one dimer to the next. When a kinesin protein reaches the end, it detaches from the filament taking the tubulin to which it is bound to it. Consequently, if the motor density on the protofilament is high, shrinkage will continue. On the other hand, a new tubulin dimer can bind to the end. In the end, motor-dependent shrinkage thus competes with microtubule growth.

However, in a real cell, these components are unlikely to be available in unlimited amounts. In the new study, the researchers explored the effects of such resource limitation on the regulation of microtubule length. Using simulations based on a mathematical model of polymer dynamics, they found that under these conditions two distinct mechanisms of length regulation come into play.

Furthermore, there is a concentration range in which both processes are active. "In this case, we observe that the microtubules come in two sizes and that they sometimes switch between the two lengths. In physical terms, this can be described as a phase transition. In vitro experiments carried out by their co-author in Dresden have confirmed the existence of this transitional regime predicted by the Munich model.

The team is convinced that their results are also applicable to other polymer systems, and they suspect that the limitation of key resources may play an important part in regulating other cellular processes.