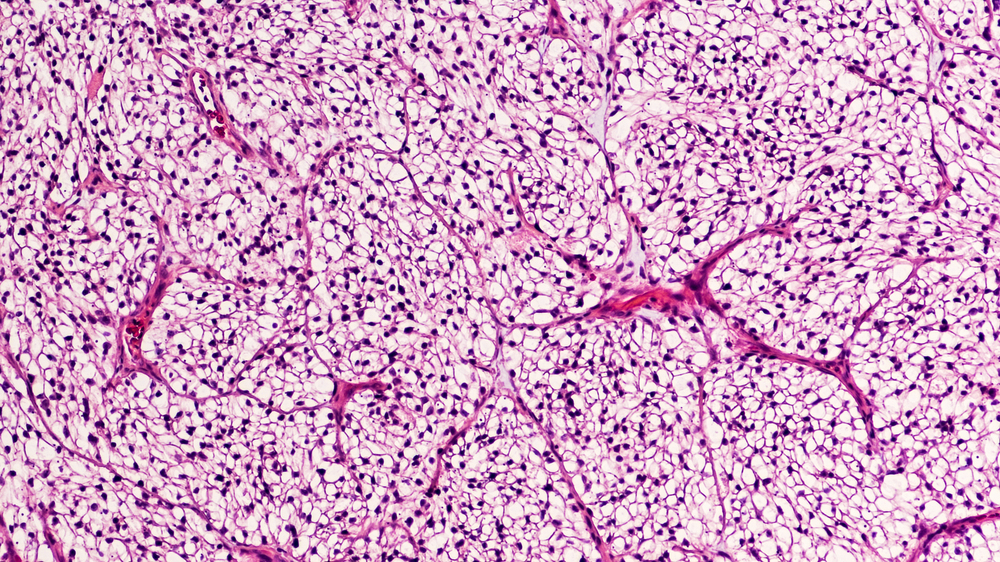 Renal cell carcinoma (RCC) frequently metastasizes to the lungs, lymph nodes, bones, and liver. Although RCCs have been shown to metastasize to virtually all organs, both rectal and vaginal metastases are exceptional. This is the fifth reported case of RCC metastasis to the rectum and the first one in a patient without a prior diagnosis of RCC.

Researchers report a rare case of two unusual sites of metastatic clear-cell RCC (ccRCC) in a 78-year-old woman who initially presented with hematochezia and subsequently with vaginal bleeding due to synchronous rectal and metachronous vaginal metastases.

Approximately 30% of patients with RCC present with metastatic disease at the time of diagnosis and 20 to 40% of those with initially localized disease will eventually develop metastasis. RCC distant metastasis spread is lymphatic, hematogenous, transcoelomic or by direct invasion.

The gastrointestinal tract is rarely the site of metastatic lesions, although melanoma, ovarian and bladder cancer are most commonly involved. Digestive RCC metastases are rare and tend to be present in patients with known RCC. The duodenum is the most commonly intestinal segment involved given its close location to the right kidney.

Upper gastrointestinal bleeding secondary to the stomach and pancreaticoduodenal metastases have been described. Only 13 cases of colon metastasis are reported and most of these patients presented with hematochezia. Rectal bleeding as the patient’s initial symptom of mRCC was seen in only one case.

Symptoms from bowel metastasis tend to occur more frequently in patients with know metastatic disease or in patients with a remote history of nephrectomy for RCC. Treatments for bowel metastasis include segmental resections, trans-catheter embolization, palliative derivation and endoscopic resection. Endoscopic resection can be both diagnostic and therapeutic when the lesion is small as in this case.

All patients had prior nephrectomy for RCC. Reported survival after initial symptoms is poor. Herein we present the first case of metastatic RCC initially presenting with hematochezia secondary to rectal metastasis.

Later in the course of the disease, the patient presented with vaginal bleeding secondary to anterior vaginal wall metastases. Since primary adenocarcinoma of the vagina comprises less than 10% of all vaginal neoplasms, they should be considered metastatic until proven otherwise.

Metastatic adenocarcinoma of the vagina may develop from the cervix, endometrium, colon or ovary in 65% of cases. Rarely, the primary tumor originates from the pancreas, the stomach, or exceptionally the kidney.

Immunohistochemically, metastatic clear cell carcinomas (CCC) to the gynecologic tract show constant positivity of CD10, which is in sharp contrast with the constant negativity of all primary gynecologic CCC, regardless of the site of origin.

No conclusive data exist in the literature regarding the value of cervicovaginal cytology both in the diagnosis and the follow-up of these patients. Local excision and/or radiotherapy have been advocated as therapeutic interventions, although the literature is limited.

Researchers describe a rare case of synchronous metastatic RCC in a patient initially presenting with hematochezia secondary to metastatic involvement of the rectum. Subsequently, the patient presented with vaginal bleeding secondary to metachronous vaginal metastases. This case illustrates the wide variability in RCC presentation and contributes to a better understanding of metastases to the rectum and the vagina.