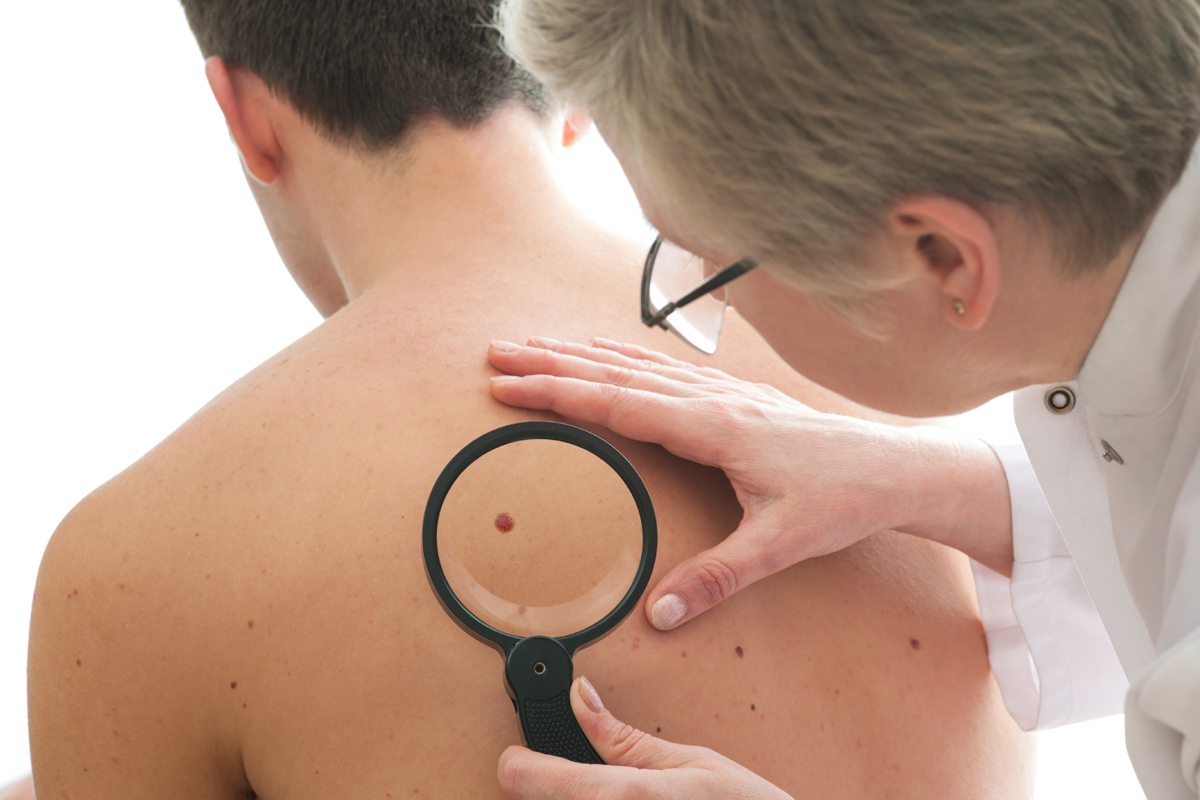 Scientists at Dana-Farber/Brigham and Women's Cancer Center (DF/BWCC) have identified biomarkers in melanoma that could help tailor immunotherapy treatments to maximize the benefits for patients while reducing the likelihood of severe side effects.

While the utility of these biomarkers needs to be validated in future clinical trials, the findings reported in Science Translational Medicine suggest that the current practice of combining two different types of immune checkpoint blocker drugs in advanced melanoma patients may be the best course in some instances, but not in others, because the immune makeup of some melanoma tumors may cause them to be resistant to one class of checkpoint inhibitors.

"By looking at how melanoma is avoiding immune detection, we may be able to identify patients who may do just as well with a single agent, with no loss of efficacy, but improved tolerability," said Scott Rodig, MD, Ph.D., an oncologic pathologist at DF/BWCC and first author on the report.

The study revealed that some patients, whose tumors are deficient in a protein needed for the immune system to recognize cancer cells, are unlikely to benefit from ipilimumab, an immunotherapy drug that blocks the CTLA-4 checkpoint, but which has potentially severe side effects. Therefore, identifying such patients with a biomarker test before treatment could spare them the adverse effects.

The outlook for patients with advanced melanoma has dramatically improved in recent years because of drugs are known as immune checkpoint inhibitors, which mobilize the immune system to attack cancer.

These drugs block checkpoint molecules that act as brakes on the immune system; by removing these brakes, checkpoint inhibitors unleash immune defenders such as T cells to recognize and attack cancer.

Typically, patients with advanced melanoma receive a combination of two different checkpoint inhibitor types: one, such as ipilimumab, targets the CTLA-4 checkpoint, while the other, including nivolumab and pembrolizumab, targets the PD-1 checkpoint.

Recent research inspired the new study by Margaret Shipp, MD, at Dana-Farber showing that Hodgkin lymphomas frequently avoid immune detection by eliminating their MHC class I proteins. MHC class I proteins are found on the surface of most cells in the body.

Their function is to bind fragments of foreign proteins, including those stemming from cancer cells, and present them to T cells, which then mount a mass attack on the invader.

But if cancer manages to dial down the abundance of MHC class I proteins somehow, the immune system would not recognize cancer as foreign and respond against it. In Hodgkin lymphoma, the tumor cells accomplish this feat by deleting a key gene required for expression of the MHC class I proteins.