Mechanism Of Spliceosome And Its Proteins 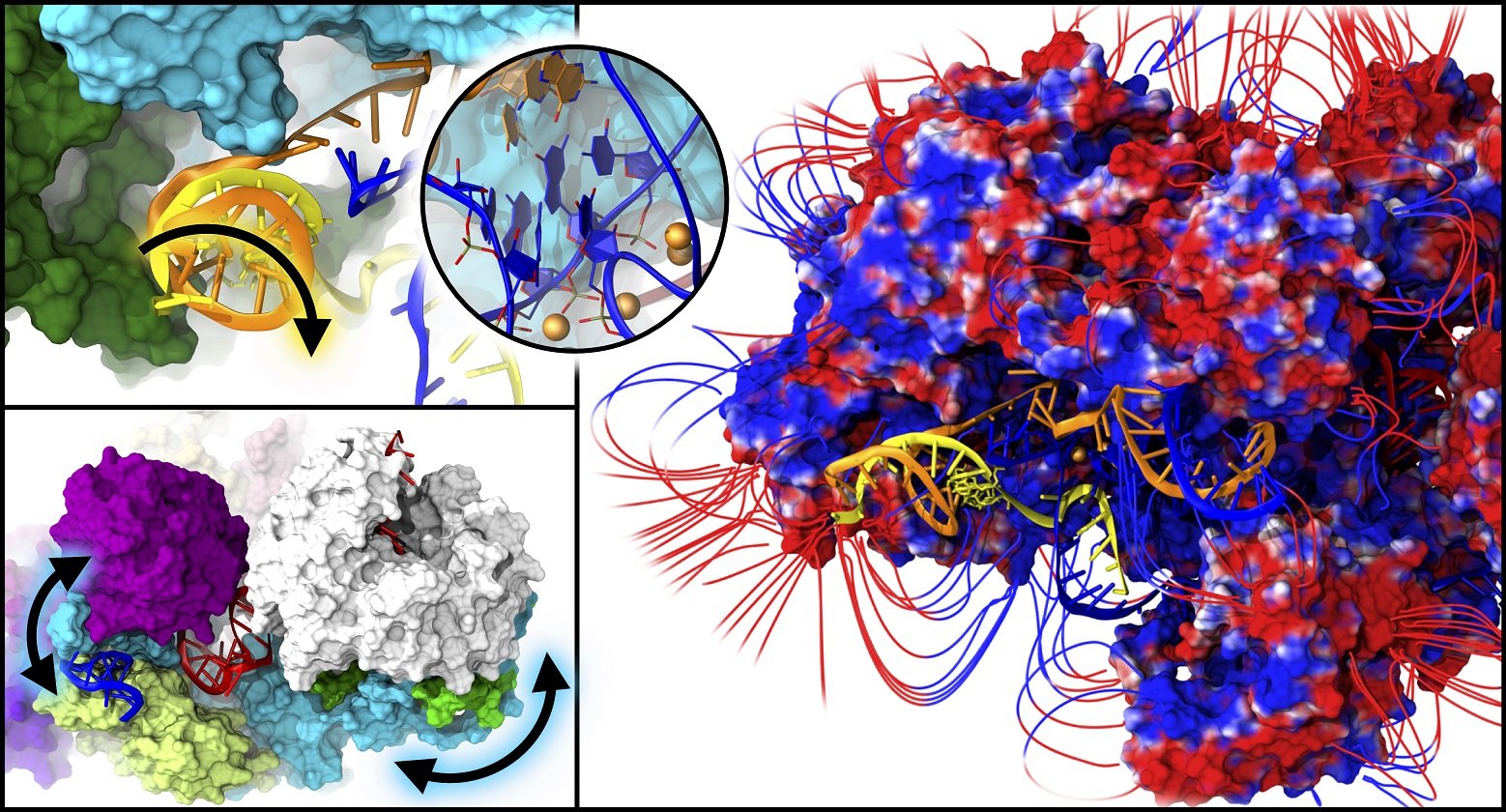 A sophisticated atomic-level computer simulation has allowed researchers of SISSA and the National Research center (CNR-IOM—Institute for Materials Manufacturing) to shed light on the function of the spliceosome, a molecular machine within the splicing speckles of the cell nucleus. The spliceosome is composed of five filaments of RNA and hundreds of proteins. The study was published in the Proceedings of the National Academy of Sciences (PNAS).

The researchers have discovered that in yeast, the Spp42 protein (corresponding to the human Prp8) coordinates the motion of components that handle a minute cutting and sewing process. Thanks to this activity, genetic information can be correctly transformed into products like proteins. Defects in this process are the underlying cause of more than 200 human diseases, including several types of cancer.

Understanding the functioning of the spliceosome components may be of fundamental importance for the development of new drugs and therapies. To give produce a protein, a gene must first be copied by a specific apparatus. The copy, called messenger RNA or mRNA, is responsible for carrying the information contained in the DNA to the other cellular apparati, where it is transformed into proteins.

The messenger RNA is in a premature form and must undergo heavy restructuring. In this premature form, there are protein-coding regions (exons) and other non-coding regions (introns). To have a molecule able to transport information usefully, precisely and effectively, the introns must be eliminated by the spliceosome to transform it into mature mRNA.

It is an extremely precise snip-and-stitch process, explains the researcher because any tiny error can alter the information with serious effects on cell activity and the health of the entire organism. Such defects in splicing are connected to numerous diseases, including several types of leukaemia.

With a very long and truly complex computer simulation, working on a model originating from yeast, we have been able to shed light on the core of the spliceosome. We have simulated and analysed the movements of a specific and crucial set of protein/RNA complexes, establishing in particular that a protein called Spp42 (Prp8 in human) carries out a crucial role. Its action essentially induces the movement and hence regulates the function of all the other spliceosome components.

It is an enormous machine composed of more than 100 proteins and five filaments of RNA. It is the first time that atomic-scale simulations have been performed on this system, providing important information that contributes to filling the gaps of modern structural investigation techniques such as, in this case, cryo-electron microscopy.

Considering the crucial role played by this system, and its involvement in different diseases, there is strong interest in understanding its structure and action. They have studied this complex in yeast, for which we had the initial structural information. Ours is a first step, which has required years of work to understand the basic elements, which can also be useful to rationalize the function of the human spliceosome.

A deep comprehension of the defective parts of the mechanism in the case of disease may allow researchers to develop drugs that can regulate the spliceosome function as effective therapies. The author conclude that they are moving in that direction, but the path is fascinating and promising.