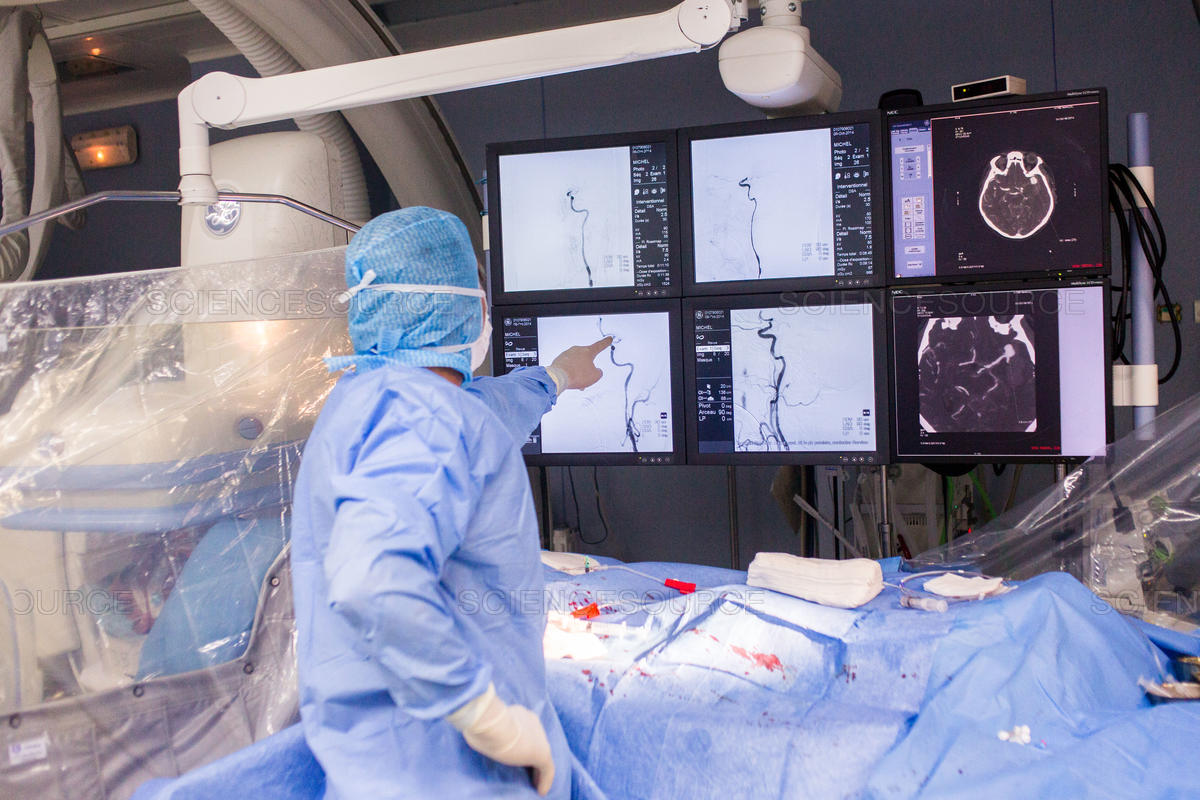 Mechanical thrombectomy followed by carotid stenting was associated with better outcomes compared with the same interventions in reverse order, according to a retrospective study conducted at four high-volume stroke centers.

Thrombectomy followed by stenting, also known as a retrograde approach, yielded a significantly higher rate of successful perfusion, at 92%, than did an antegrade approach, at 56%.

Approximately 10% to 20% of acute ischemic stroke patients present with a tandem occlusion, requiring both intracranial and extracranial interventions, Volker Maus, MD, from the Department of Diagnostic and Interventional Neuroradiology at the University Medical Center Gottingen in Germany said here at the 4th European Stroke Organisation Conference (ESOC) 2018.

A meta-analysis in 2017 showed that thrombectomy was safe and effective for acute anterior ischemic stroke tandem occlusions, with a successful recanalization rate of up to 81% and favorable outcome of 44%.

However, "no prospective studies deal exclusively with this topic, and either these patients were excluded from previous research, or only a small number were included," Maus said. "There are no standardized recommendations for treatment."

To learn more, Maus and colleagues evaluated 165 patients with tandem occlusion treated between May 2013 and December 2017. Forty-one percent had a retrograde repair, and 59% underwent an antegrade procedure.

The mean patient age was 65 years, and 69% were men. Most occlusions occurred in the M1 segment and were associated with large-artery atherosclerosis. Clinicians placed 187 carotid stents during the study.

Time from groin puncture to reperfusion was longer in the retrograde group, at 123 minutes than in the antegrade cohort, at 103 minutes. The rate of symptomatic intracranial hemorrhage did not vary between groups at discharge or 3 months. The investigators defined a favorable clinical outcome as a Modified Rankin Scale score of 0 to 2 at 90 days after intervention.

Asked to comment on the findings, Xabier Urra, MD, Ph.D., a vascular neurologist at the Functional Unit of Cerebrovascular Diseases, Hospital Clinic, Barcelona, Spain, and co-moderator of the session where these findings were presented, called the results "quite intriguing."

"My only concern is their rate of reperfusion in the more antegrade approach was pretty low, which could explain their main outcome," Urra said. "I don't know if that was due to chance."

"We heard years ago that the right thing with thrombectomy is to first address the intracranial occlusion, because it's the one responsible for most of the damage," he said.

"But then everything changed when Dr. Jan Hoving described that it makes sense to open the carotid artery, so there is room for larger catheters, and it also improves the flow," said Urra.