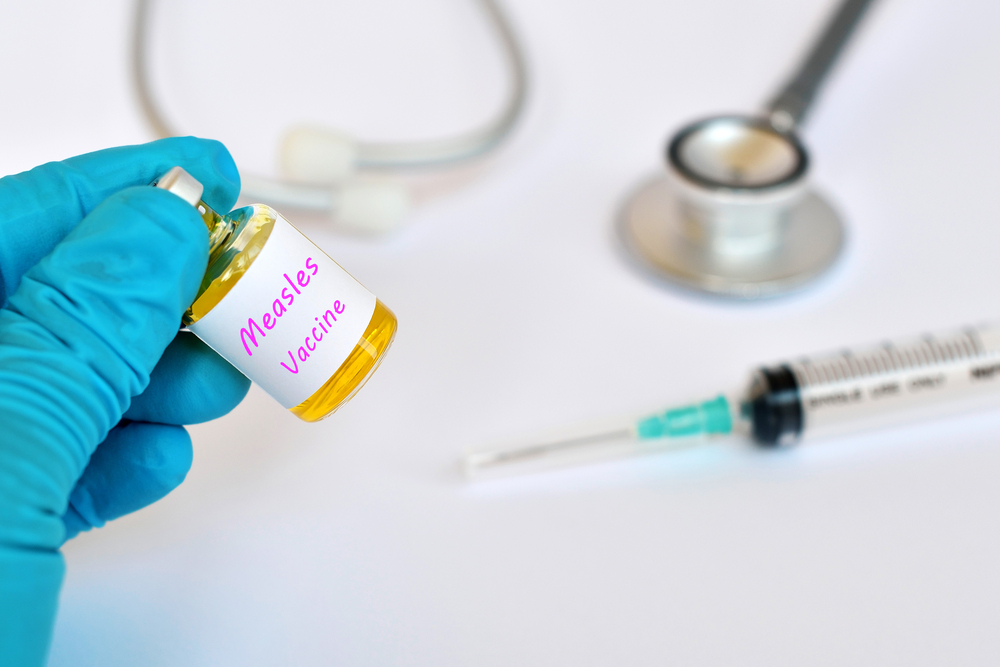 In the largest study to date on children in a low/ middle-income country, new research in Ghana finds that the timing of a measles vaccine in an overall vaccination schedule can have a profound impact on child survival rates beyond protecting against measles infection. The findings, published in open access journal Frontiers in Public Health, suggest that measles vaccination in the recommended sequence may have made an important contribution towards achieving the Millennium Development Goal 4 of reducing child mortality.

Measles—along with tuberculosis, diphtheria, tetanus, pertussis, and poliomyelitis—is one of the six childhood 'killer diseases' targeted by World Health Organization (WHO) mass immunization programs. In addition to protecting against these diseases, previous studies suggest that these routine vaccines may provide other benefits that help to reduce child mortality.

Some studies also suggest that the sequence of administering vaccines could be important. In particular, child mortality was shown to be lower when the measles vaccine came after third diphtheria, tetanus and pertussis (DTP3) vaccination, as recommended by the WHO, compared to before DTP or given together with DTP.

The latest study extends this to look at whether all-cause mortality is lower when a child's most recent immunization is a measles vaccine. Using routine vaccination and survival data for more than 38,000 children over a 17 year period in northern Ghana, the researchers assessed mortality differences between children vaccinated against measles after the DTP3 vaccine and those who were not vaccinated against measles. Survival was assessed at two-time points: within the first 12 months after the initial assessment of vaccination status and until five years of age.

The researchers found that compared to measles-unvaccinated children, survival rates for measles-vaccinated children increased by a staggering 28% in the first 12 months of follow-up and 18% by five years of age. This effect was still present when children who had died from measles were excluded from the analysis—indicating that the measles vaccine has beneficial effects beyond direct prevention of measles.

"Evaluations of immunization programs are usually based on the assumption that vaccines only protect against specific diseases," says the study's lead author, Dr. Paul Welaga. "Our new study adds to growing evidence that, when administered in the recommended sequence, measles vaccination helps to reduce child mortality through non-specific effects as well."

"When children in Ghana are not fully vaccinated, it is usually the measles vaccination which is missing," says Dr. Welaga. "Policymakers should ensure that children get vaccinated for measles after DTP3 because of the potential survival benefits."

The study also found a significantly stronger beneficial effect of measles vaccination for boys in comparison to girls. Measles unvaccinated boys had a 69% higher risk of dying during one year of follow-up and a 43% higher mortality rate when followed until 5 years of age. For girls, there was little difference. The study's authors say the reasons for this are unclear and recommend future studies to examine the sex-differential effect of measles vaccination on all-cause mortality.

Dr. Welaga says that researchers should consider testing the effect of measles vaccines and other routine vaccines on all-cause mortality in randomized trials.