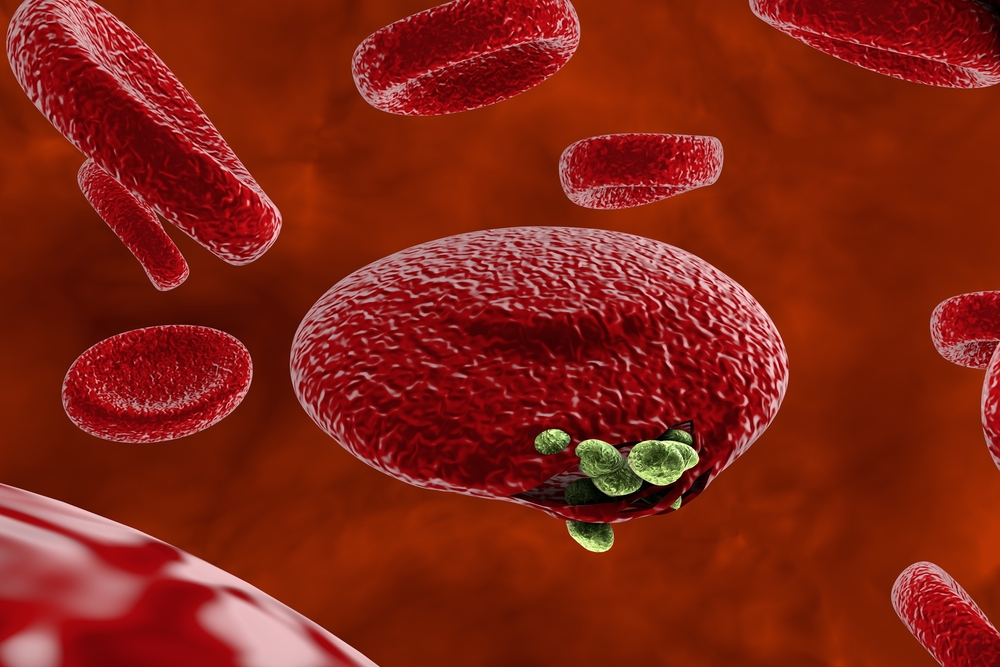 Research shows that the dye methylene blue is a safe antimalarial that kills malaria parasites at an unprecedented rate. Within two days, patients are cured of the disease and no longer transmit the parasite if they are bitten again by a mosquito. This discovery was made by Radboud university medical center scientists and international colleagues during a research project conducted in Mali. The results will be published in The Lancet Infectious Diseases

The pressure is on when it comes to antimalarial medicines, as malaria parasites are increasingly resistant to the artemisinin-based combination therapies that are currently used. In addition, these medicines do very little to stop the spread of malaria, as the parasites remain in the blood for a long time, with the chance that other mosquitos are infected if they feed on the patient.

The parasites split into the patient's red blood cells, forming male and female sex cells (gametocytes). If another mosquito bites the patient, it sucks up the sex cells and these are fertilized in the mosquito's stomach. The offspring then find their way to the mosquito's salivary glands, where the cycle starts again.

The gametocytes can stay in a person's body for several weeks following treatment for malaria. In the new study in Mali, Radboudumc researchers added methylene blue to the artemisinin-based combination therapy. Methylene blue is a blue dye that is used in laboratories to distinguish dead cells from living cells.

Adding the dye to the antimalaria medicine ensured that patients no longer infected other mosquitos, within as little as 48 hours. Patients who were not given methylene blue were able to infect other mosquitos for at least a week. Researcher Teun Bousema (Radboudumc) coordinated the study which was conducted together with the University of California (UCSF) and the Malaria Research and Training Center (MRTC). Bousema: "We noted that the male parasites disappeared from the bloodstream more quickly than the female parasites."

There are also indications that methylene blue also works well in species that are resistant to certain medicines." The dye is safe and was tolerated well by patients. There is however just one awkward side effect: "I have used it myself, and it turns your urine bright blue. This is something that we need to solve because it could stop people from using it."

Malaria causes 4300000 deaths every year. Infection is caused by the bite of a malaria-carrying mosquito, and 90% of all deaths are in Africa, mostly amongst children. Malaria prevention focuses primarily on the use of mosquito nets, insecticides and medicine and, as a result, the number of deaths due to malaria has almost halved in the last ten years.