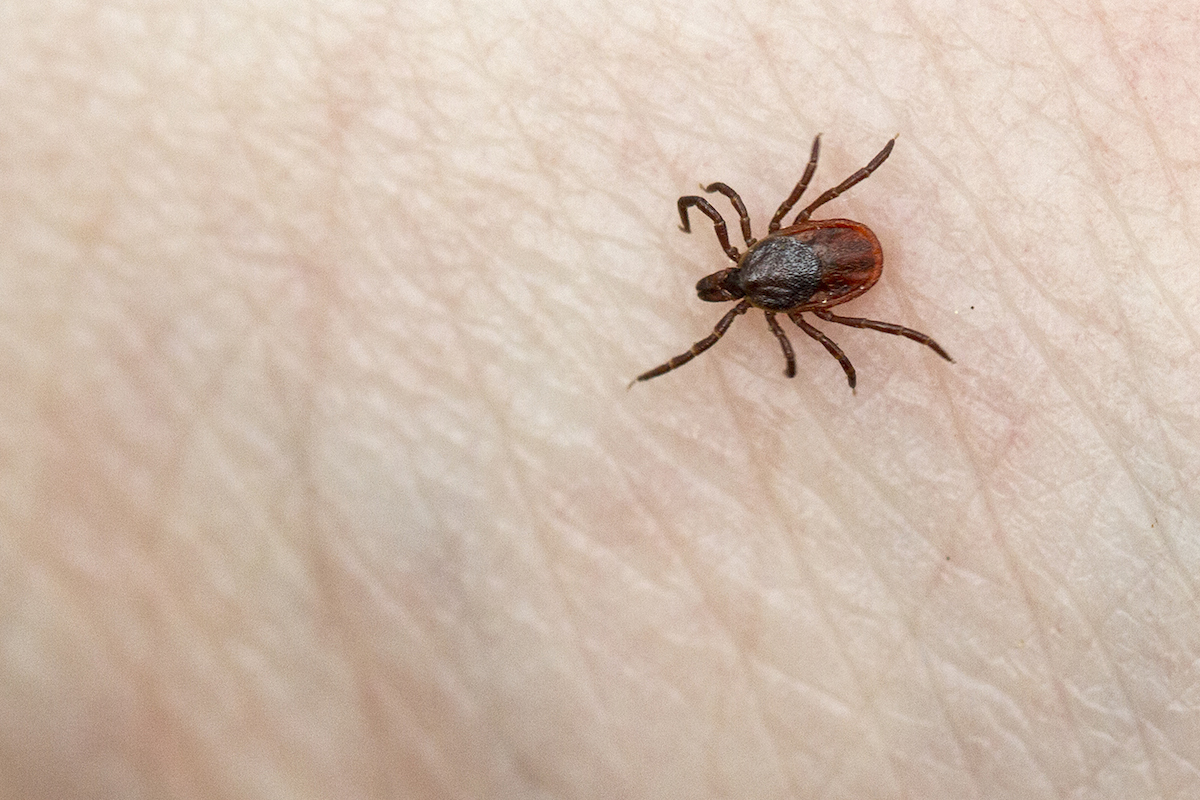 The detection arises from a newly launched project from the IU Environmental Resilience Institute and the Prepared for Environmental Change Grand Challenge to understand and guard against disease-carrying organisms in the state.

"Changes in climate, temperate and weather conditions, as well as human activities such as international travel all contribute to the movement of disease vectors into a new region," said Keith Clay, a leader on Project Vector Shield.

"But the only way to quickly detect new species or diseases entering an area is regular, long-term data collection, which is rare. There really isn't anyone else conducting this sort of sustained, state-level monitoring project."

Deer ticks — also known as "black-legged ticks" — do not currently appear in Southern or Central Indiana on CDC maps. But Project Vector Shield's data suggests this "safe zone" may be much smaller than previously thought — or nonexistent.

Threat of the vector borne disease

Although the project is not officially associated with Indiana state government, Clay added that the project's leaders hope it will provide valuable information to public-policy makers, researchers and citizens on protecting against new disease threats.

"A vector-borne disease can't arrive in a region until its vector arrives, especially since there isn't much overlap between the illnesses carried by different vector species," Clay said. "Our goal is to analyze ticks and mosquitos for species that previously did not occur — or were less common — in Indiana so people are able to take the appropriate precautions."

Over the past 20 years, Indiana has seen the rapid expansion of another major disease carrier, the lone star tick, which transmits a bacterial infection that causes the illness ehrlichiosis and whose bite can cause a severe allergic reaction to red meat. The Gulf Coast tick, a newer, rising threat that carries a pathogen causing Tidewater Fever, has recently become established in Tennessee and Maryland.

"If the Gulf Coast tick is as aggressive and fast-moving as the lone star tick, it's just a matter of time before it enters Indiana," said Clay. "The biggest difference between these diseases and some other tick-borne illnesses is their threat to human life. Lyme disease can make you miserable, but it won't kill you."

Project Vector Shield is a part of the IU Environmental Resilience Institute's broader interest in "movement ecology," or the study of how organisms like insects, birds and plants move across the environment. Tracking these changes over time can reveal long-term changes in the environment — and provide an early warning system for threats like invasive species and vector-borne disease.