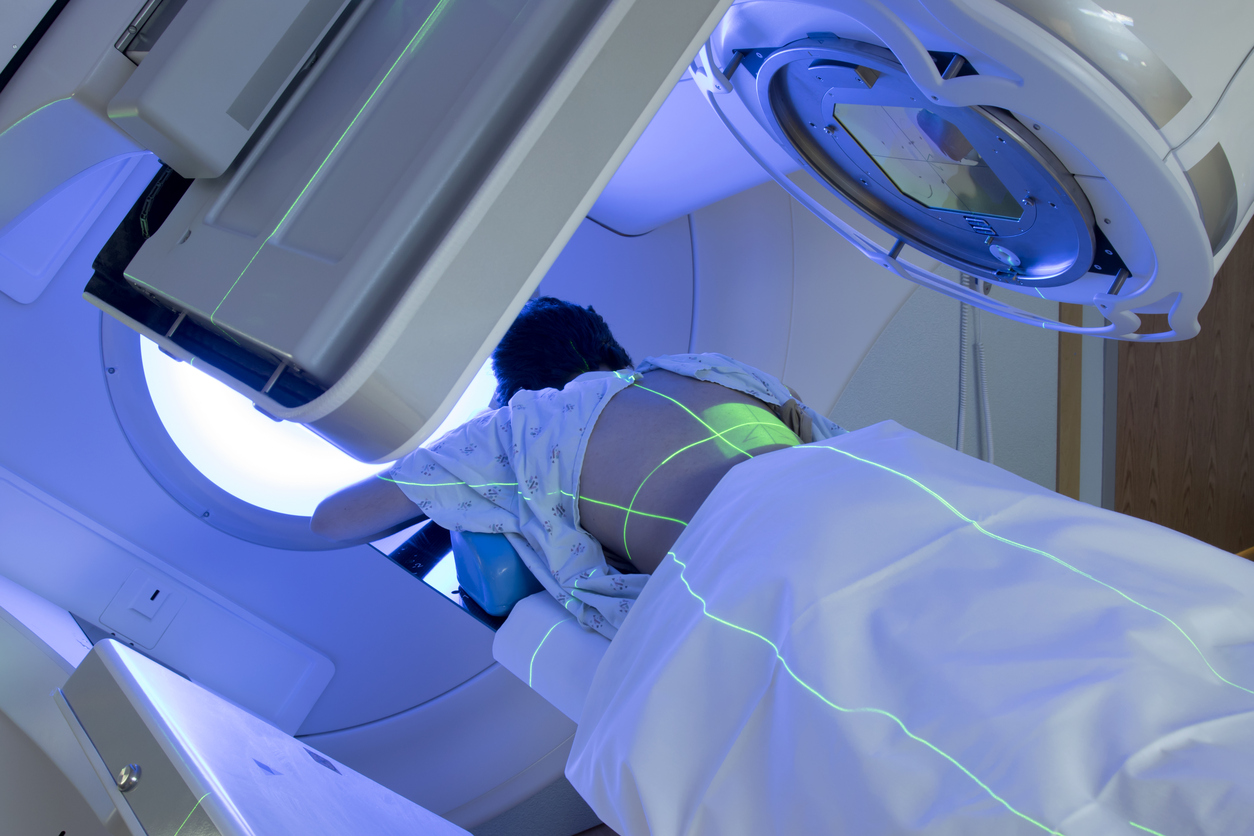 Among patients undergoing chemoradiation therapy (CRT) for localized esophageal cancer, the dose of radiation that reaches the lung, but not that reaching the heart, has been shown to be an independent predictor of survival, according to a study presented at Gastrointestinal Cancers Symposium (GICS) 2018.

Specifically, the volume of the lung receiving a dose of at least 20 Gy was a significant predictor of overall survival, noted lead author, Patrick Oh, a second-year medical student at Stony Brook University School of Medicine in New York. "This suggests a role for improving CRT outcomes by lowering lung dose."

"Recent studies, in lung cancer in particular, have suggested that the radiation dose received by adjacent tissue may be strongly predictive of survival," he said. "The RTOG 0617 trial, for example, which involved patients with locally advanced non-small cell lung cancer, showed that heart dose such as heart V30 is an independent predictor of overall survival after definitive radiation."

Multiple lung metrics have correlated strongly with overall survival, and V20 is the most widely used in practice. "We speculated that higher lung dose may increase risk of fatal cardiopulmonary and postsurgical events," he said.

For the study, the researchers reviewed the records of 453 consecutive patients with stage I to III esophageal cancer who were treated at their institution with definitive or preoperative chemoradiation (median dose, 50.4 Gy in 28 fractions) between 2007 and 2015.

Most patients (n = 442) received intensity-modulated radiation therapy, and radiation plans were reviewed and multiple dose-volume histogram metrics for heart and lung were extracted for the analysis. Of this group, about half of the patients had surgery (n = 241) and about half did not (n = 212).

Adenocarcinoma was the most prevalent histologic type (n = 365, 81%), and about two thirds of patients (n = 304, 67%) had stage III disease. Most patients (83%) had no preexisting cardiac disease. The median follow-up duration for surviving patients was 28.4 months.

Patients who had less than 20% of the lung exposed to 20 Gy of radiation had a significantly longer survival — nearly double — than did those with exposures of 20% or greater (44 months vs 24 months; P = .01).

Previous data have shown that CRT produces downstaging that may influence the margin-positive resection rate, said Theodore Hong, director of Gastrointestinal Radiation Oncology at Massachusetts General Hospital in Boston. "But when we look across the landscape of multiple neoadjuvant chemoradiotherapy trials, we can see that there has been a mix of positive and negative effects for chemoradiation for the anticancer effect."

"I would argue that this is a very confusing time," he said. "Much of this can be related to toxicity, and that is the basis for this paper, but I would argue that there may also be unintended adverse consequences on disease progression." Toxicity is often associated with early mortality in CRT trials, thus confounding the results of neoadjuvant randomized studies.

Dr Hong explained that previous data have shown that the radiation dose to the lungs can lead to complications. The issue with cardiac dose has been less clear, and in lung cancer it has been associated with worse overall survival. However, this trial did not find that.

"I don't dispute the fact that we lose many of our patients due to toxicity related to neoadjuvant chemoradiation and that is something we need to be very cognizant of," Dr Hong said. "But I don't think it explains the entire conundrum of why we see this decreased overall survival in the face of highly effective therapy and our patients dying of disease progression."

"I think it is incumbent on our field of radiation oncology to continue investigation into the optimization of radiation techniques and parameters that can help better impact toxicity and systemic control," Dr Hong concluded.