Lung Function in Asthmatics Improved With a Nutrient Supplement bar 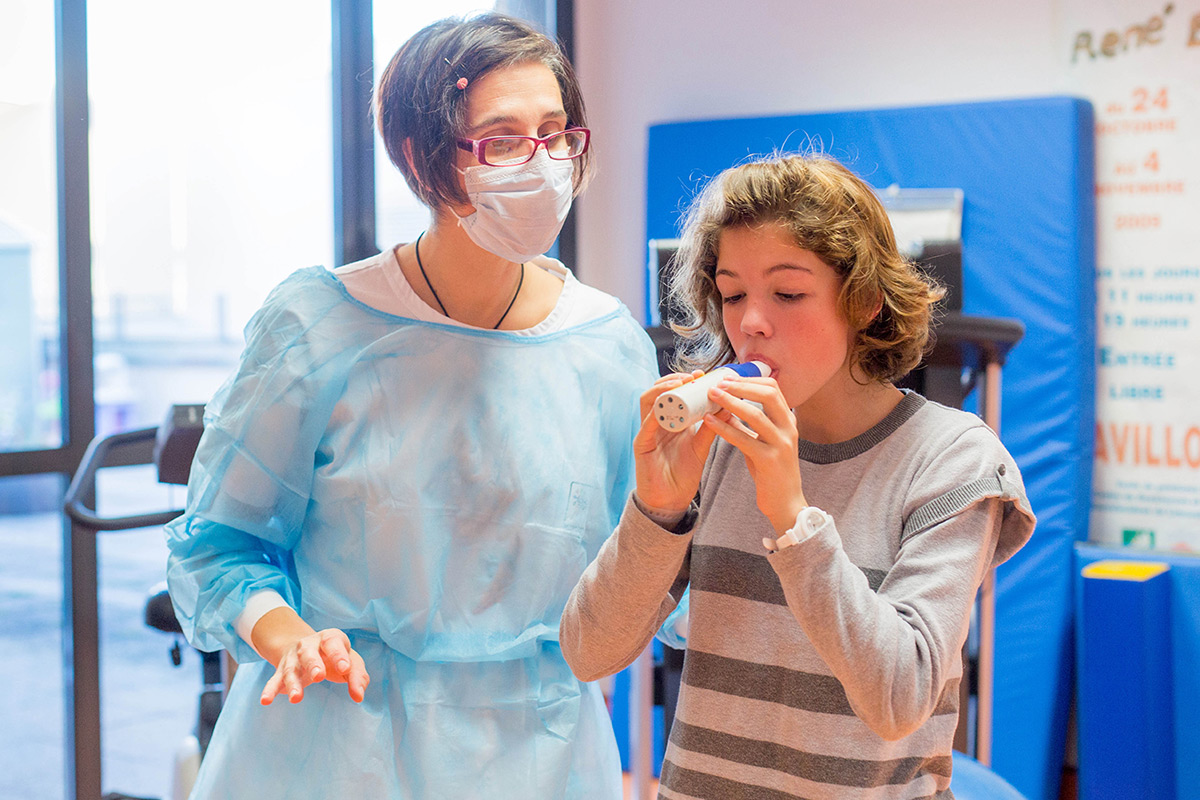 A small pilot clinical trial published in The FASEB Journal shows that targeted nutrient therapy can improve lung function in obese individuals with asthma without requiring weight loss. Specifically, the study demonstrated that eating two CHORI-Bars daily for eight weeks improved lung function in obese adolescents with a form of asthma that is resistant to usual treatments. With a sample size of 56 participants, these findings are provocative and point to the need for larger trials.

"Asthma is common and can be difficult to treat in obese individuals, who tend to have very poor diets," stated Bruce Ames, Ph.D., senior scientist at UCSF Benioff Children's Hospital Oakland Research Institute (CHORI), who with his colleague Mark Shigenaga, Ph.D., an expert in gut health, originated the idea for the CHORI-Bar. The bar was developed along with a research group at the USDA's Healthy Processed Foods Research Unit.

"It can be difficult for many individuals to adhere to a strict and completely nutritious diet. This study shows that targeted nutritional interventions such as the CHORI-Bar can improve lung function without requiring a complete change in dietary habits," stated Joyce McCann, Ph.D., director of the CHORI-Bar project.

To conduct the clinical trial, the nutritional scientists collaborated with pediatric lung specialists Mustafa Bseikri, MD, Edward Fong, MD, and Karen Hardy, MD. The ability of the bar to improve asthma and quality of life was tested in two groups of obese adolescents with poorly controlled asthma at UCSF Benioff Children's Hospital Oakland.

Importance of healthy eating and exercise

Both groups (totaling 56 participants) attended eight weekly classes that emphasized the importance of healthy eating and exercise, though participants were not required to change their diets. One of the groups also ate two CHORI-Bars each day. The research team measured participants' lung function and other indicators of metabolic health at the beginning and end of the study. Improvement in lung function occurred only in participants who ate the bars.

The development of the CHORI-Bar is grounded in the Triage Theory proposed by Ames in 2006. The theory states that when an essential nutrient is modestly deficient, the body directs the nutrient's limited supply to essential short-term functions, at the expense of those preventing long-term insidious damage, which leads to diseases of aging such as cancer and heart disease.

The theory predicts that even a modestly inadequate intake of essential vitamins and minerals can have an adverse effect on bodily functions needed for a long and healthy life. "This is a tremendous insight, led by a world pioneer in metabolism," said Thoru Pederson, Ph.D., Editor-in-Chief ofThe FASEB Journal.