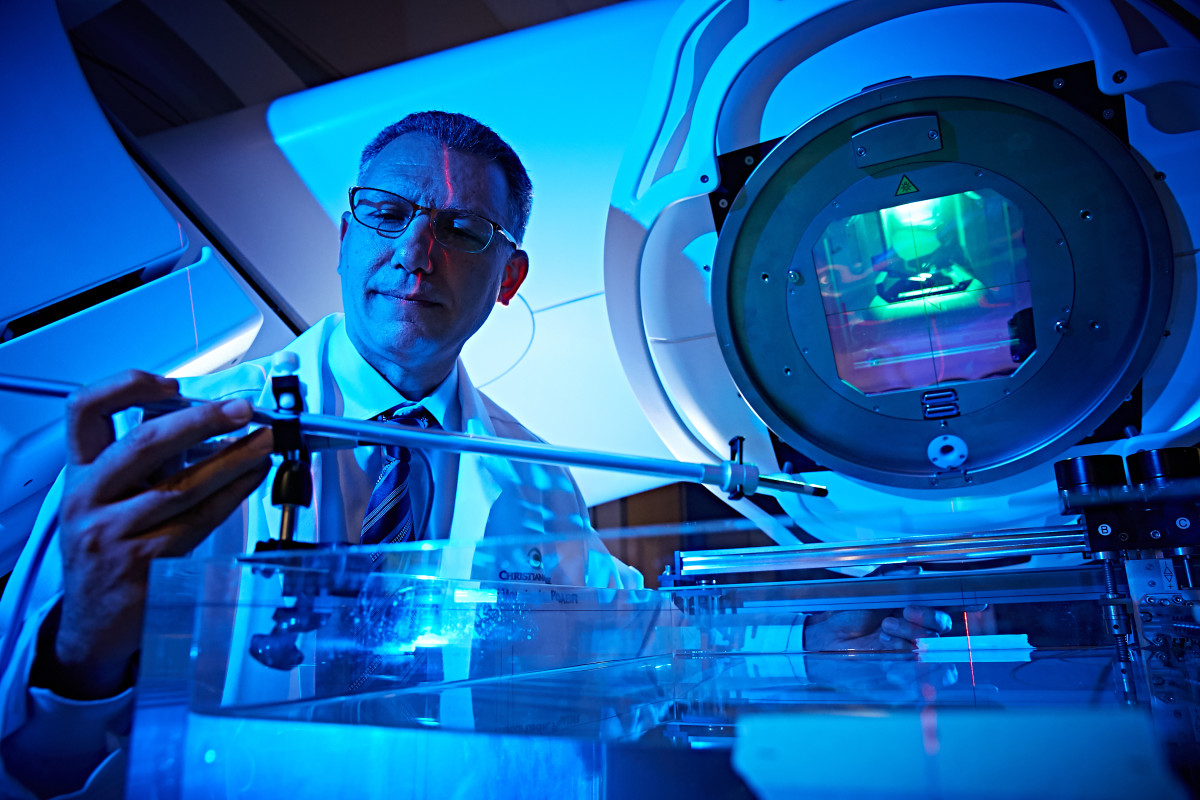 Doctors contemplating the best therapy for lung cancer patients may soon be able to predict the efficacy of a widely used lung cancer drug based on an imaging agent and a simple scan, according to the findings of a new clinical trial co-led by researchers at the Stanford University School of Medicine. The findings of the trial will be published in Science Translational Medicine.

The researchers developed a PET scan-compatible imaging agent engineered to seek out a specific mutation found in nonsmall cell lung cancer (which accounts for about 80 percent of lung cancers), bind to it and emit a radioactive signal that flags its presence.

In addition to exposing the molecular roots of tumors, the imaging agent reveals potential weak spots in the cancer where specific therapeutic drugs can be administered to counteract the pro-tumor mutation.

"Some people wonder, 'Can't you just prescribe the drug and wait to see if the tumor shrinks? If it shrinks, then you know it's working,'" said Sanjiv "Sam" Gambhir, MD, PhD, professor and chair of radiology at Stanford.

While in broad strokes that's true, there's a flaw to that approach: If the therapy isn't effective, the tumors will not only continue to grow, but continue to become more molecularly complex. "In the time you waited to see if the tumors shrank, those tumors continued to evolve, and that makes it more difficult to treat with the next round of therapy," Gambhir said.

That's where a relatively quick scan could come in very handy; patients whose tumor sites don't emit the tracer's signal while undergoing a PET scan likely do not harbor the mutation, and can be spared the treatment.

Most PET scans use a tracer that can only tell if a tumor is active in terms of its metabolism. In this case, F-MPG can tell doctors whether the tumor cells are present and whether they contain a mutated version of a protein called epidermal growth factor, which when overexpressed spurs cell division.

The F-MPG tracer floats throughout the body, glomming onto any mutated epidermal growth factor proteins. Once latched on, it emits blips of detectable energy in the form of gamma rays, revealing the location and mutational details of the culprit protein.

"If the PET scan shows a high signal from the tracer in a patient's lung cancer, that's predictive of someone who is going to respond well to the specific epidermal growth factor therapy," Gambhir said. "For those who show low signals, they're likely not going to respond, so you need to look into other treatment options."

Gambhir points out that biopsies, or a sample of the tumor, can also tell doctors what mutations are present. But tumors are so complex that a single biopsy may not accurately capture the spectrum of mutations present in the mass, and it's even less likely to characterize the mutations present in multiple tumors including those that have spread throughout the body.

"One way to think about this imaging technique is like it's taking a biopsy of the entire body, and that gives a much more complete picture of the mutational status of the primary tumor, which allows you much better information to treat the cancer," Gambhir said.

Guided by the glow

At Harbin Medical University, members of the research team conducted a 75-participant clinical trial with the tracer, monitoring which tumors lit up (or had a high signal) on a PET scan and which had a low signal.

Among the participants whose tumors appeared with the help of the tracer—meaning their tumor cells had the epidermal growth factor mutation—more than 80% saw a positive response from the targeted drug: Either their tumors shrank or tumor growth slowed. In contrast, only 6% of participants who lacked PET scan evidence of the mutation benefited from the drug.

Gambhir noted that the clinical trial was the first time this tracer had been used in humans. The next stage of the research, he said, is to recruit more participants for an even larger trial and, barring unexpected complications, eventually use the tracer's data to guide treatment plans for lung cancer patients. Currently, the tracer is only approved for use in China, so the studies will continue at Harbin.