Lunar Dust Could Impact Health Of Astronauts In Future 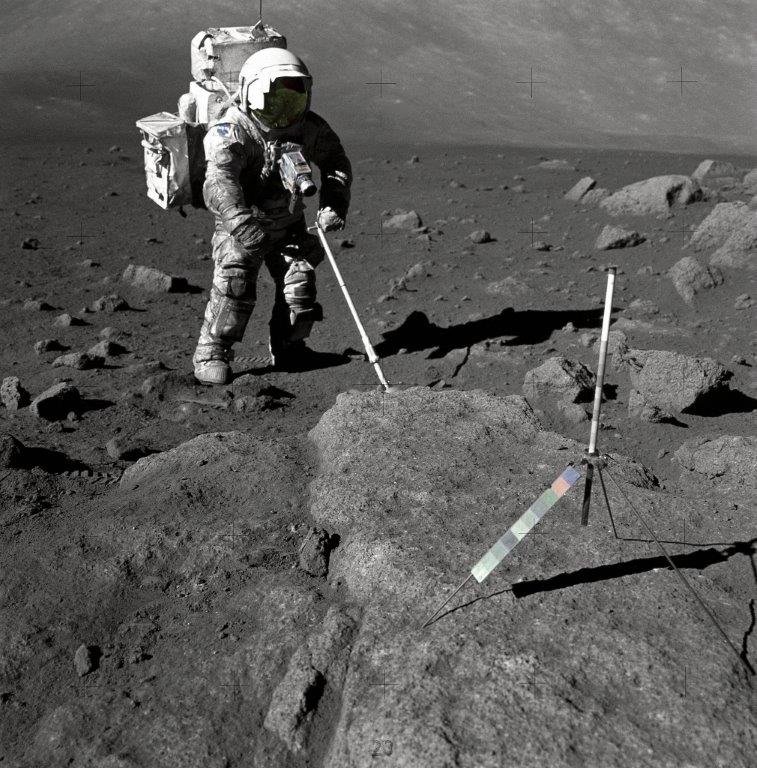 A new study finds simulated lunar soil is toxic to human lung and mouse brain cells. Up to 90% of human lung cells and mouse neurons died when exposed to dust particles that mimic soils found on the moon's surface. Future astronauts spending long periods of time on the moon could suffer bronchitis and other health problems by inhaling tiny particles of dust from its surface.

The results show breathing toxic dust, even in minute quantities, could pose a health hazard to future astronauts traveling to the moon, Mars or other airless planetary bodies. Space agencies know exposure to the space environment, and zero gravity can be harmful to human health, but planetary dust poses an additional risk that has been mostly overlooked.

There are risks to extraterrestrial exploration, both lunar and beyond, more than just the immediate risks of space itself. Lunar dust caused reactions similar to hay fever in astronauts who visited the moon during the Apollo missions.

Their experience coupled with the new study's results suggest prolonged exposure to lunar dust could impair airway and lung function. If the dust induces inflammation in the lungs, it could increase the risk of more serious diseases like cancer, he said. If there are trips back to the moon that involves stays of weeks, months or even longer, it probably won't be possible to eliminate that risk.

The moon has no atmosphere, so its soil is constantly bombarded by charged particles from the upper layers of the Sun that stream through space. These charged particles cause the lunar soil to become electrostatically charged, like static cling on clothing. When U.S. astronauts visited the moon during the Apollo missions, they brought lunar soil into the command module when it clung to their spacesuits.

The Apollo astronauts' symptoms were short-lived, but researchers wanted to know how lunar dust could affect astronauts' health long-term and if it could cause problems similar to those caused by toxic dust on Earth.

Dust particles can accumulate in a person's airways, and the smallest particles can infiltrate alveoli, the tiny sacs where carbon dioxide is exchanged for oxygen in the lungs. Dust can also damage cells' DNA, which can cause mutations and lead to cancer.

In the new study, they exposed human lung cells and mouse brain cells to several types of lunar soil simulants. Samples of lunar soil are too scarce and valuable to use in everyday experiments, so the researchers used dust samples from Earth that resemble soil found in lunar highlands and the moon's volcanic plains.

The results indicate lunar soil could cause health problems for humans spending long periods of time on the moon or other airless bodie. When inhaled, the dust could irritate the throat, lungs, and eyes of future astronauts.

Over a long period, the continuing damage, irritation, and inflammation would increase the risk of more serious disease, including cancer. The researchers are unsure how the simulants kill cells, but they suspect they could be initiating an inflammatory response within the cell or generating free radicals, which strip electrons from molecules and prevent them from functioning properly.