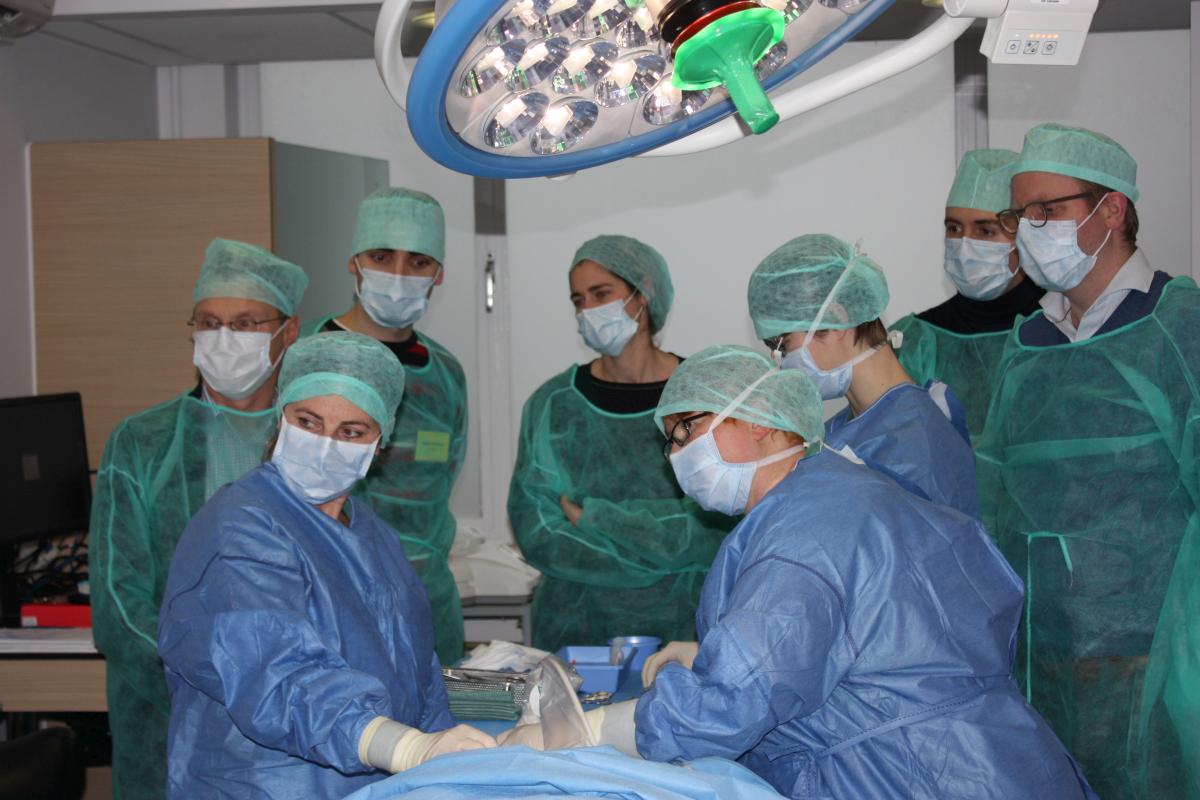 Use of an accessory lead shield placed between the staff member and the patient can reduce radiation exposure among technologists and nurses working in the cath lab, a new study published in the JACC: Cardiovascular Interventions suggests.

Data have shown an increased risk for certain cancers, stroke and cataracts not only among cardiologists but also among other cath lab personnel, Ryan D. Madder, from the Frederik Meijer Heart and Vascular Institute of Spectrum Health in Grand Rapids, Michigan, and colleagues wrote.

During the past few years, Madder and colleagues have worked diligently to improve the culture of radiation safety in their cath lab. After the purchase of their first robotic system for PCI in 2013, they noted 99% reductions in radiation doses to physicians performing robotic PCI vs. manual PCI.

“Simultaneously, we were expanding our use of a suspended lead suit worn by physicians for nearly all diagnostic and therapeutic catheterizations," said Madder. "This study was born out of a desire to identify methods to improve radiation safety practices for all members of the cath lab team, not just physicians.”

To determine whether an accessory lead shield reduced radiation exposure for cath lab staff, Madder and colleagues conducted a single-center observational study in which they collected real-time radiation exposure data among nurses and technologists during consecutive cardiac catheterizations in two phases.

The effective dose was normalized to the dose-area product (EDAP) for reporting of radiation exposure to control for the amount of radiation used in each case.

Results showed that the EDAP per case was 62.5% lower among technologists and 63.6% lower among nurses with the use of an accessory lead shield.

In multivariate analysis, EDAP was independently associated with only the use of the lead shield (dose reduction, 34.2%) and radiation-absorbing pads (dose reduction, 47%) among technologists.

“Whereas it was encouraging to see that the shields were associated with a [reduction of nearly two-thirds] in the radiation doses among nurses and technologists, we were surprised to see the dramatic impact of PCI on nurse radiation doses," Madder said.

"Even after normalizing the effective dose per case to the dose-area product, cases involving PCI were associated with a 425% increase in the nurse radiation dose by univariate analysis.”

This difference, Madder noted, is likely related to occupational differences. He and his colleagues speculated that the increased radiation exposure may have been attributable to nurses approaching the patient during PCI to administer oral or IV medications while fluoroscopy was in use.

“This finding underscores the need for additional methods to reduce nurse radiation doses during PCI. Based on this finding, we have now made it standard practice at our institution that nurses verbally notify the physician if they need to approach the patient. This enables the physician to get off the pedal and cease radiation use in order to prevent the nurse from getting irradiated as they care for the patient,” Madder said.

These study results are encouraging and demonstrate the effectiveness of a fairly straightforward safety measure, said Madder. “The use of accessory lead shields is a simple and relatively inexpensive means by which nurses and technologists may significantly reduce their occupational radiation exposure.”