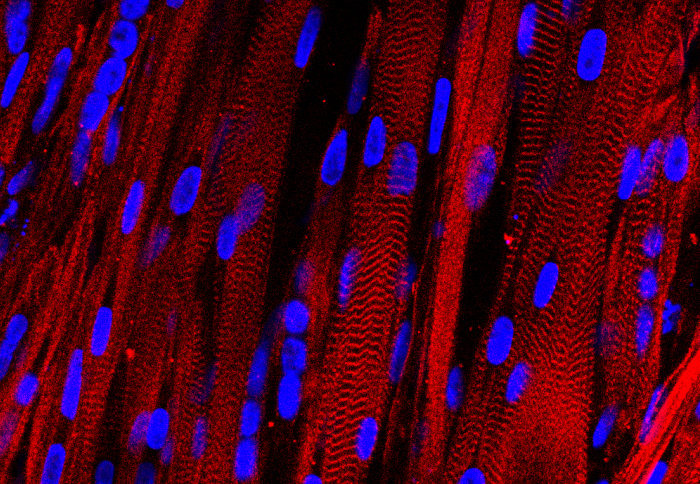 Tissues grown in the lab from stem cells may fail to live up their therapeutic promise because the cells choose their own fate. For the last 20 years, scientists have worked to engineer tissues for use in a range of conditions, such as osteoarthritis or heart failure.

They do this by placing stem cells those that can become any kind of cell in biodegradable 3-D structures, or "scaffolds," in the laboratory. However, lab-grown tissues often fail to be fully effective as treatments when transplanted into patients. The study was published in the journal Nature Communications.

Now, researchers have uncovered that feedback between the cells and their scaffold may be the underlying factor, with the resulting signals altering the path the cells take as they grow and mature (their 'cell fate'). According to the team, the findings could help to improve the quality of lab-grown tissues, potentially improving outcomes for patients.

Engineering tissues to replace damaged or diseased tissue could ultimately help patients with a variety of conditions, including cancer. They hope that this insight will also help us to study how cancer cells interact with the tissue that surrounds them, which may lead to better therapies.

When tissues are engineered in the lab, the 3-D scaffolds contain instructions to direct the stem cells inside how to differentiate nudging them along the path from a 'blank' template capable of becoming multiple cells types, towards a final cell type such as heart, lung or skin cells.

However, the latest study found that stem cells quickly modify their 3-D scaffold, changing both its composition and stiffness, rendering the instructive cues ineffective. The cells then rely on this new self-assembled matrix to direct their differentiation, rather than cues from the scaffold they were originally placed within.

The researchers explain how human stem cells derived from the bone marrow responded to their surroundings as they developed. Once placed within the 3-D scaffolds, the cells either secreted proteins around themselves, creating a stiff nest-like structure, or released factors that degrade and soften their surroundings.

It was these modifications that then told the stem cells how to differentiate, rather than just the initial cues from the scaffold, as designed. The team's findings suggest that researchers will have to re-think how best to design 3-D scaffolds to create replacement tissues, as the scaffolds themselves may not directly instruct stem cells how to differentiate and form tissues.

The positive side of this discovery is that now we know cells make these modifications and it impacts their fate. When we provide stem cells with a 3-D structure to help them form a tissue, we have to remember that they will modify the environment we present to them.

To coax them to form the tissue we want, we have to find ways to harness this effect so that the local environment they create is one that will drive their differentiation down the correct path.