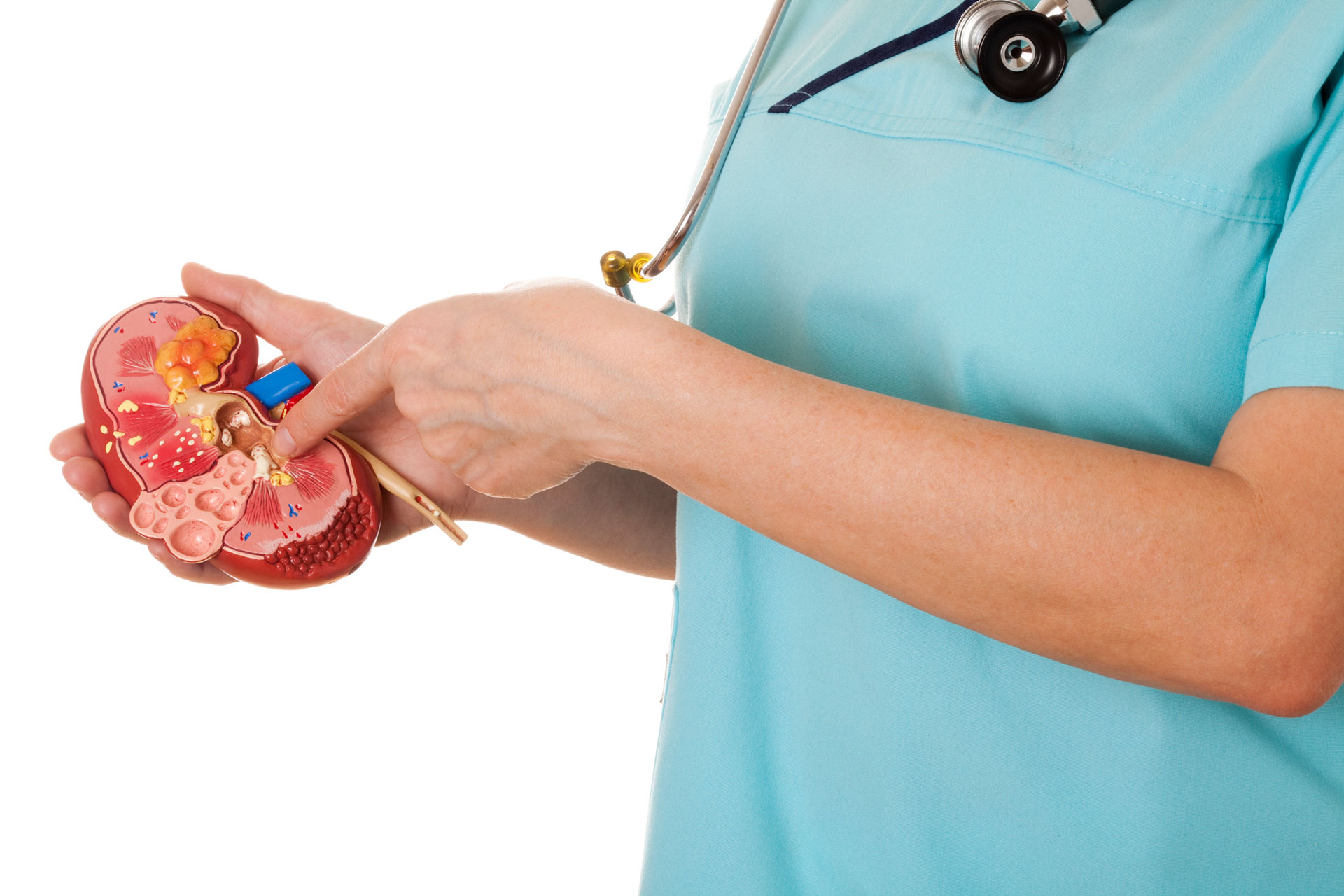 Scientists have found that a drug connected with fat regulation prevents the formation of kidney stones in mice. This early work opens the possibility of developing drugs which may help prevent kidney stones in at-risk individuals. The work is presented at the European Association of Urology Conference in Copenhagen.

Passing a kidney stone in the urine can be extremely painful — it has been described as possibly the worst pain which someone can experience. The developed world is experiencing something of an epidemic of kidney stones.

The EAU estimates that around 50 to 60million Europeans suffer from stones — that's roughly one European in 11 and is equivalent to the population of a large European country, such as the UK, France or Italy.

The USA has a similar number of sufferers. Stone incidence has almost doubled over the last 20 years1. Doctors think that this increase is due to increasing obesity, and diet and lifestyle changes.

Now a group of Japanese scientists has discovered that an experimental drug leads to a significantly reduced number of kidney stones in mice. They gave 20 mice 1mg/kg of the 3- agonist CL316243 for 12 days.

Then the mice, plus 20 controls, were then injected with glyoxylate, which causes the formation of kidney stones. At various time points, the mice were then checked to see if they had formed stones: the formation of stones decreased to 17.0% in the experimental group, compared with the controls.

"This is experimental work for now," said lead researcher Dr. Teruaki Sugino. "But I believe that this may open the way to the development of the new drugs which can stop the development of kidney stones in at-risk people. So far we have only tested this on mice, but in mice, it seems to work."

"We were able to analyze the biochemical differences between the control and experimental group, and discovered that the 3-agonist reduced the expression of adipocytokine molecules, which are associated with inflammation."

The researchers believe that free fatty acids cause inflammation and cytotoxic effects in kidneys, which promotes stones. beta-agonists are known to cause white fat cells into beige fat cells, which burn extra calories, which is why these molecules are also being considered for anti-obesity uses.

The researchers suspect that beige cells consume free fatty acids, which may be the cause of inflammation in the kidneys leading to kidney stones. This means that beta-agonists have the potential to prevent not only obesity but also kidney stones.

"Renal stones affect many people, and have a high economic impact, so it's a pity that we still have an only rudimentary understanding on why stones form. Metabolic factors definitely play an important role and this work contributes to unraveling the pathogenesis.

Currently, potassium-sodium citrate drugs are used to restrict the development of kidney stones, but some people cannot use these drugs because they need to limit their potassium or sodium intake.