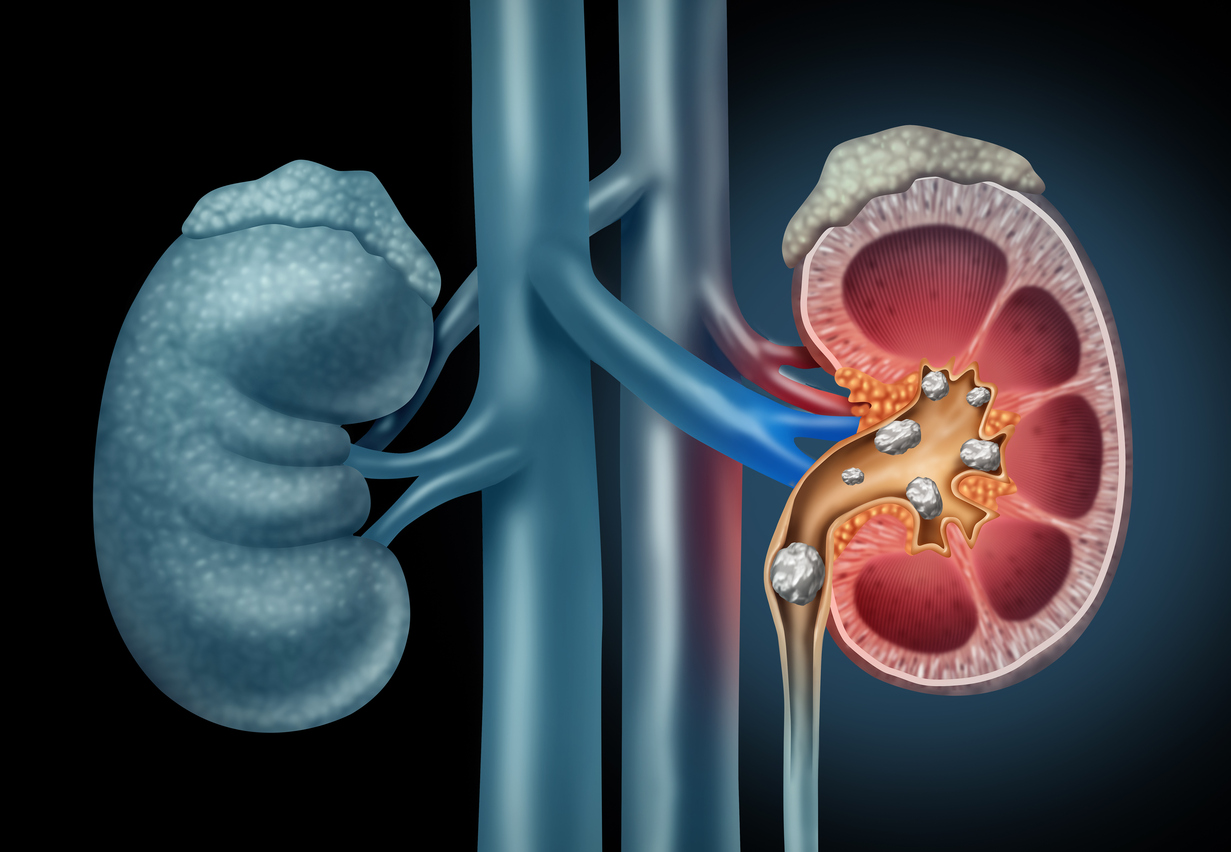 The current treatment for kidney stones employs extracorporeal shock wave lithotripsy, a non-invasive strategy that uses shock waves to fragment the kidney stones so that they can be passed out from the body. This method, while effective, has not been very successful in resolving the issue of recurrence. The increasing prevalence and high recurrence of the disease also place a substantial load on the healthcare system.

Assoc Prof Chan explained, "While diet and lifestyle choices are believed to be among the key causes of kidney stone, the manner in which it develops remains unclear. A better understanding of the pathogenesis of the disease will facilitate the development of new, effective interventions that intercept and minimise the recurrence of the disease."

In the preliminary study, the research team examined urine samples of 50 kidney stone patients and 50 healthy individuals over a three-year period. During which, researchers identified a group of small molecule metabolites that were found at exceptionally low concentrations in the urine samples of kidney stone patients when compared to healthy individuals.

Using the metabolites identified, the research team developed a method of diagnosing the disease with a high level of accuracy. This method is capable of giving a definitive diagnosis solely based on analysis of the urine sample as compared to current methods, which require additional diagnostic imaging for accurate diagnosis. The levels of these metabolites form a unique urinary metabolic signature for kidney stones that can potentially be used as a panel of biomarkers to screen healthy individuals who are more susceptible to developing the disease.

Building on the findings of the preliminary study, the research team is now embarking on an in-depth clinical study to validate the group of small molecular metabolites with a secondary cohort of patients, and to further investigate the development of kidney stones. The study will recruit 75 kidney stone patients and 75 healthy individuals to examine their diet, genes, metabolism and gut bacteria profile, as well as identify urinary biomarkers that could translate into applications for early screening and intervention.

"The findings from the in-depth clinical study will lay the foundation for improved interventions for the disease. The small molecular metabolites, when validated, can also be used as disease biomarkers for developing new early screening methods," added Professor Kesavan Esuvaranathan, Head of the Department of Urology at NUH.