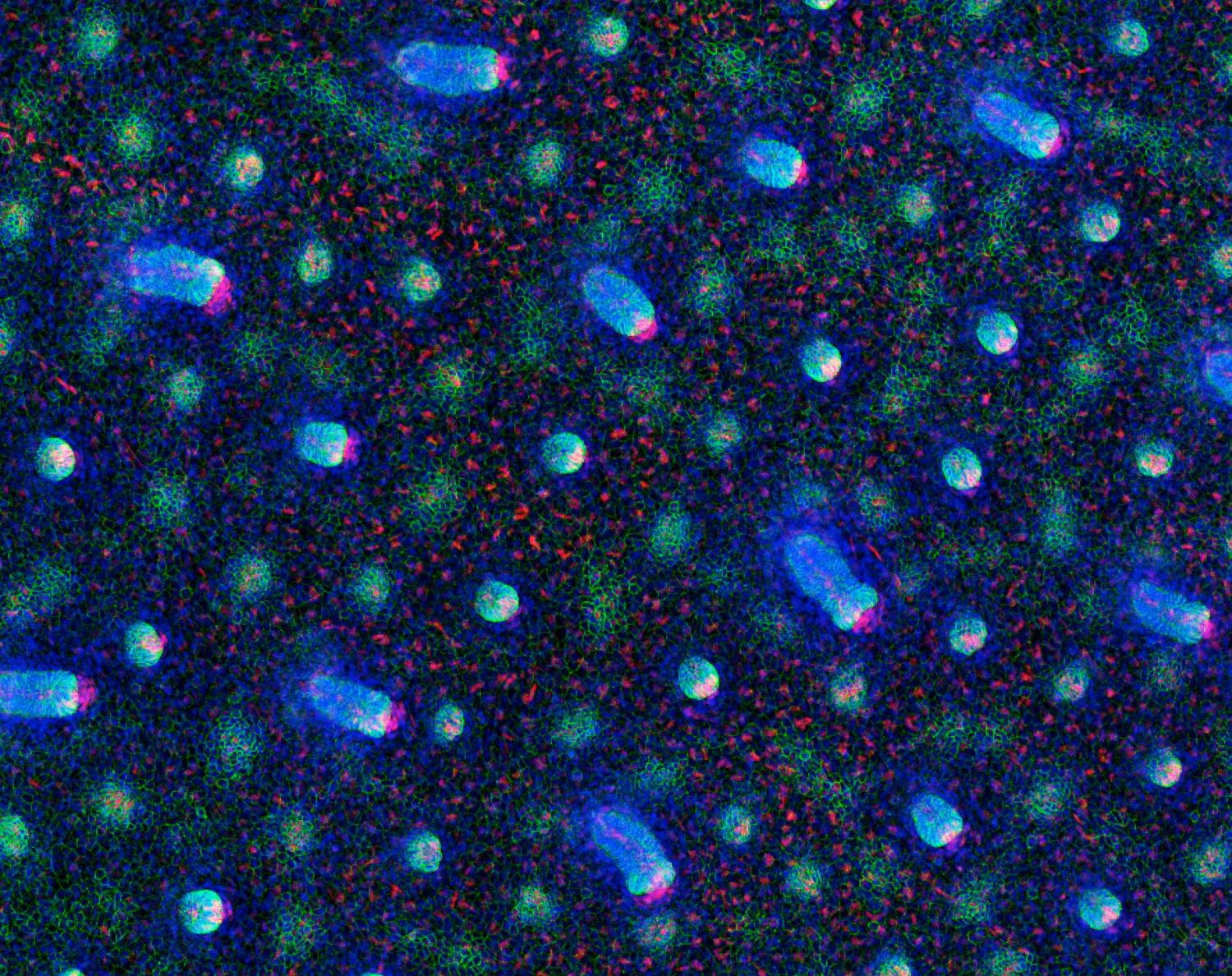 Scientists around the world have been trying to replace damaged heart tissue using lab-made heart-muscle cells (cardiomyocytes), either injecting them into the heart or applying patches laced with the cells. But results to date have been underwhelming.

If you make cardiomyocytes in a dish from pluripotent stem cells, they will engraft in the heart and form muscle. But the muscle doesn't work very well because the myocytes are stuck in an immature stage. The study was published in Nature Communications.

Studying cardiomyocyte maturation in live mice have been equally challenging. Prior studies have tried genetically engineering mice with different genes "knocked out" in their heart muscle to figure out which ones are required. But the complete loss of a gene often causes dysfunction of the entire heart, which itself can impair maturation.

The beauty of their approach is two-fold. First, it required just one mouse strain that expresses the Cas9 enzyme, coupled with a virus that directs Cas9 to delete a specific gene. To target different genes, the researchers simply made small modifications to the virus.

They were able to test 10 potential genes of interest within ten weeks. Second, rather than delete the gene in every cell, the researchers injected the virus such that roughly 1 in every ten heart muscle cells was affected. This "mosaic" delivery pattern allowed the unaffected heart muscle to keep functioning. The team could then study the mutated heart muscle cells separately.

One factor, known as serum response factor (SRF), emerged as a key regulator of cardiomyocyte maturation. When the Srf gene was deleted in the heart muscle of newborn mice in a mosaic fashion, many aspects of maturation were disrupted.

These two were significantly disrupted in the mutant myocytes. Finally, the mitochondria, which provide energy and are generally arrayed alongside the sarcomeres in a brick-like fashion, were dramatically reduced in size and number.

In further experiments, the team showed that SRF regulates the activity of multiple other genes, including critical sarcomere genes, in immature cardiomyocytes, but not in mature cardiomyocytes. They think that SRF receives signals from the rest of the cell which cue it to execute a master organization program during maturation.

Overall, the results would seem to suggest that if you could just find a way to boost SRF, you could get lab-made heart muscle cells to grow up. But it wasn't that simple: When SRF was over-expressed, the cells looked the same as those without SRF at all. Cells seem very sensitive to the level of SRF.