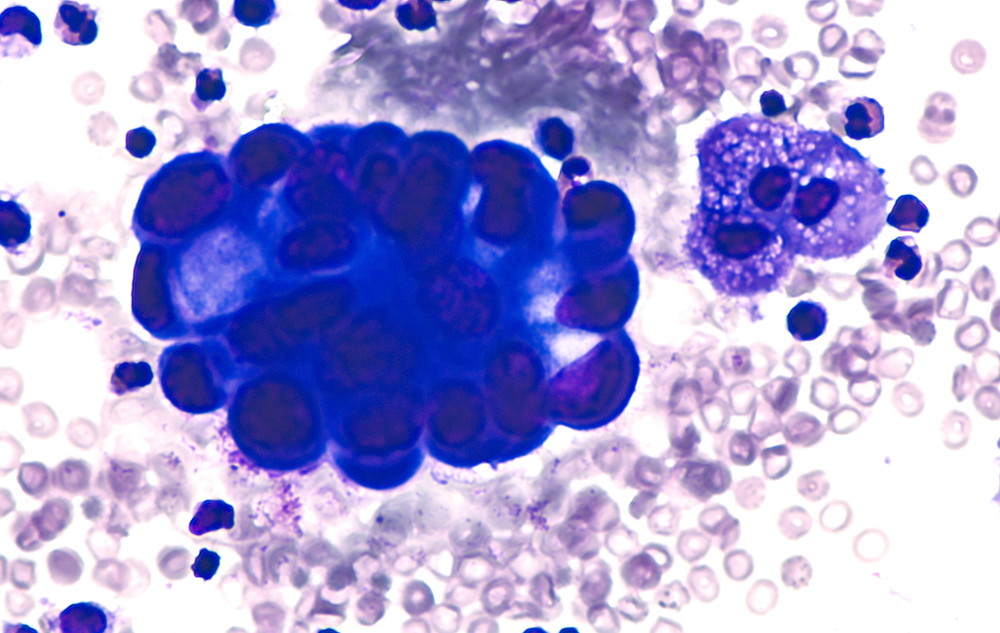 While the lung is a frequent site for primary, myositis-associated malignancy, presentation as a subsolid lesion has not been previously reported. The researchers describe herein a case in which dermatomyositis(DM) was the presenting manifestation of invasive adenocarcinoma of the lung, detected by thin-section computed tomography as an indolent nodule with predominantly ground-glass attenuation.

Dermatomyositis, an inflammatory myopathy with cutaneous involvement, is associated with malignancy and often manifests para neoplastically. While co-occurrence with small cell carcinoma is well attested, primary lung adenocarcinoma, which may present as focal ground-glass opacification on computed tomography of the thorax, is less frequently coincident.

The researchers report the case of a 72-year-old female patient with dermatomyositis — treated with a combination of prednisone, methotrexate, and intravenous immunoglobulin — and an indolent, subsolid, non-hypermetabolic pulmonary lesion, which was determined to be invasive primary lung adenocarcinoma. Supporting a paraneoplastic basis, immunosuppressive therapy was discontinued following tumor excision without relapse of signs or symptoms of dermatomyositis.

While dermatomyositis prodromal to lung adenocarcinoma is not without precedent, association with an indolent, subsolid lesion has, to the best of our knowledge, not been reported. The case described herein illustrates the importance of maintaining a high index of suspicion for malignancy in the setting of dermatomyositis.

The case described herein illustrates the importance of maintaining a high index of suspicion for malignancy in the setting of dermatomyositis. The occurrence of a subsolid, indolent, non-hypermetabolic pulmonary lesion, approximately stable in size over a period of four years, in a lifetime nonsmoker may have seemed an unlikely trigger for dermatomyositis, and misapprehension of its significance would have delayed definitive treatment.