Intranasal Ketamine vs. Fentanyl at Relieving Acute Pain in Kids 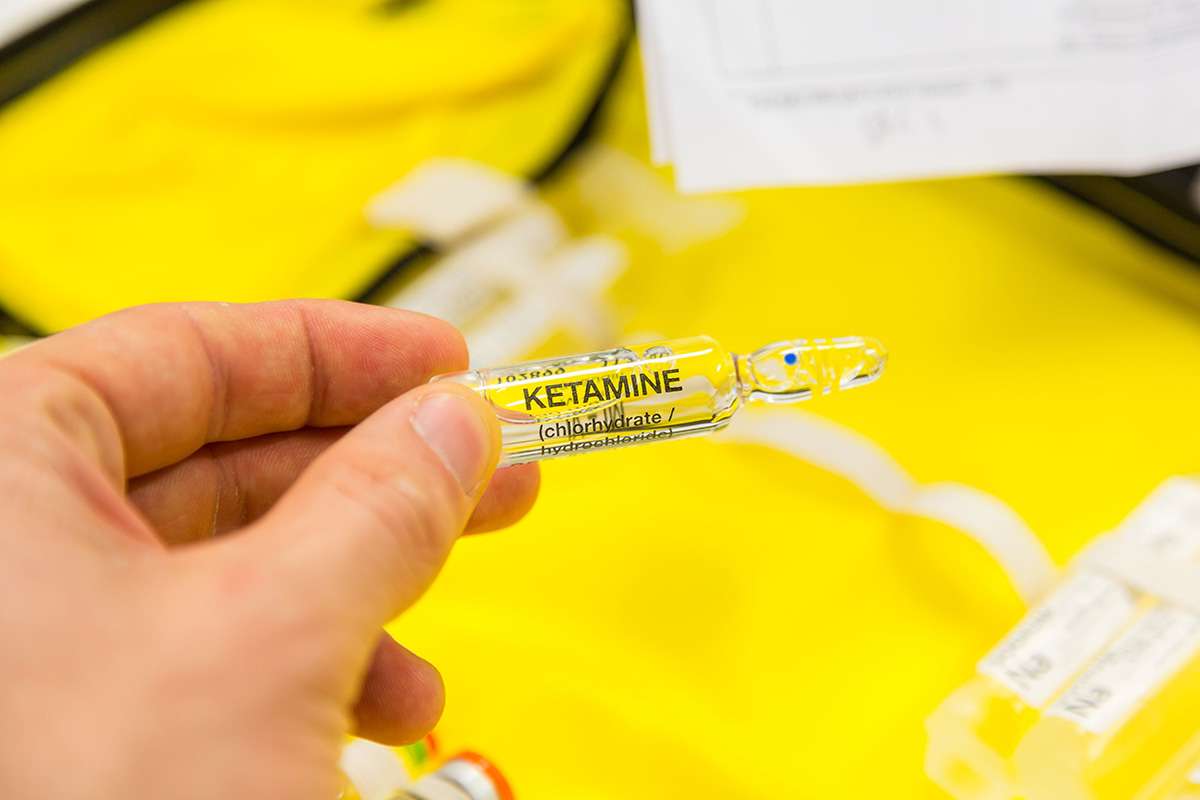 Intranasal ketamine is noninferior to intranasal fentanyl at relieving pain in children with acute extremity injuries, a new study found.  "We were happy to discover similar results to the two other prior pediatric trials and pleasantly surprised to see how similar the rates of rescue analgesia were to those studies," Dr. Theresa M. Frey of Cincinnati Children's Hospital Medical Center reported.

Opioids are commonly used to treat children presenting with severe pain due to traumatic injuries, but concerns regarding adverse effects and the ongoing opioid epidemic have led clinicians to seek non-opioid alternatives, such as ketamine.

Highest achieved sedation scores did not differ significantly between the groups, and neither group experienced a University of Michigan Sedation Scale score higher than 2, the researchers report in JAMA Pediatrics, online. More children in the ketamine group (77%) than in the fentanyl group (31%) experienced at least one adverse event, but all such events were minor and transient.

"I would like to highlight that we did not find significantly more adverse events despite higher doses of both medications, and the only significant difference in adverse events between groups was at the 15-minute assessment during which ketamine patients experienced more drowsiness," Dr. Frey said. "I would argue that a parent may welcome this drowsiness after observing their child suffering from such significant pain prior to medication."

The need for rescue analgesia at 15, 30 and 60 minutes did not differ significantly between the groups. "We know opioids can lead to a decrease in blood pressure, so for patients presenting in shock or impending shock due to infection, hemorrhage, etc., clinicians may not give any analgesia and their patients are left in pain," Dr. Frey said. "My hope is that physicians at least consider ketamine, especially for these types of patients."

"Additionally," she said, "I hope that physicians consider ketamine for pain in the emergency setting if they are anticipating that their patients will need ketamine procedural sedation during their ED stay, as we know there is increased risk when opioids are administered prior to the sedation."

Dr. Sergey M. Motov who recently found intranasal ketamine (1 mg/kg) to be inferior to intranasal fentanyl (1.5 ug/kg) in children with moderate to severe pain, told Reuters Health by email, "In the situations when opioids are contraindicated or may worsen patients' condition, low-dose ketamine administered intravenously or intranasally is a viable and effective analgesic alternative for short-term analgesia in the ED. However, ketamine use is associated with high rates of minor and transient but bothersome adverse effects."

"Patient coaching prior to administration of low-dose ketamine with respect to development of psycho-perceptual adverse effects (mainly feelings of unreality) will greatly improve patients' experience with this medication," said Dr. Motov, who was not involved in the new work.

Dr. Marcus Nemeth of the University Hospital Goettingen in Germany recently reported that intranasal fentanyl, ketamine, midazolam, or combinations thereof provided effective analgesia in pediatric emergency care. He reported, "Ketamine as a widely available analgesic can be used effectively and equivalently with respect to pain reduction, when opioids are not readily available or contraindicated. Physicians should take ketamine as a good treatment option for moderate to severe traumatic pain into account."

Dr. Nemeth, who also was not involved in the study, added, "I would favor fentanyl/sufentanil for a child that 'only' needs analgesia, i.e., a child which is non-agitated with no need for any desired sedating effect."