Insights into Nervous and Immune Systems Interaction in Lung Infections 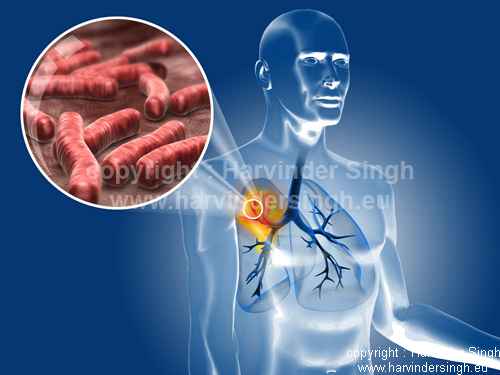 When the body is fighting infection, the immune and neuron system kicks into high gear. A new study, published in Nature Medicine, shows just how the interaction between the nervous system and the immune systems occurs in deadly lung infections — a tantalizing clue into a complex interplay between two systems traditionally viewed as disconnected.

The study reveals that neurons carrying nerve signals to and from the lungs suppress immune response during infection with Staphylococcus aureus, a bacterium that is growing increasingly impervious to antibiotics. The results suggest that targeting the nervous system could be one way to boost immunity and can set the stage for the development of nonantibiotic approaches to treat recalcitrant bacterial infections.

Sensory neurons play a protective role by sensing adverse stimuli and alerting the body that something is awry. In the lungs, the neurons' projections detect adverse stimuli then send an alert to the brain — a notification that can come in the form of pain, airway constriction or a cough that expels harmful agents or particles from the airways.

But the new study reveals that when mouse lungs are invaded by staph bacteria, these guardian neurons interfere with the organ's ability to cope with infection. A series of experiments conducted in mice revealed that disabling these neurons promoted immune cell recruitment, increased the lungs' ability to clear bacteria and boosted survival in staph-infected mice.

The results, the researchers said, suggest that different classes of sensory neurons may be involved in restraining or promoting the immune response. Another possibility is that certain pathogens may have evolved to hijack and exploit an immunosuppressive pathway to their benefit — a survival mechanism for some classes of infectious bacteria, said study co-author Stephen Liberles, professor of cell biology at Harvard Medical School.

The team, led by Isaac Chiu, assistant professor in the Department of Microbiology and Immunobiology at Harvard Medical School, suspected that nerve cells would play a protective role in bacterial infections by boosting immune response to shield the lungs, but they found that neurons dampened lung immunity and worsened outcomes in mice with bacterial pneumonia.

In an initial set of experiments, researchers injected mice — half with intact neurons and half with chemically disabled neurons — with drug-resistant staph bacteria. Compared with mice with intact nerve receptors, mice with disabled neurons controlled their body temperatures better, harbored 10 times fewer bacteria in their lungs 12 hours after the infection and were markedly more capable of overcoming and surviving the infection.

The lungs of mice with genetically or chemically disabled neurons were also better at recruiting neutrophils — the body's pathogen-fighting troops that provide first responses during infections by devouring disease-causing bacteria. These mice summoned nearly twice as many infection-curbing neutrophils as did mice with intact neurons.

But neutrophils were more agile and more efficient in their performance. As a measure of agility, researchers compared how well neutrophils in both groups managed to patrol lung blood capillaries — a key ability that allows these cells to scan for the presence of disease-causing pathogens. Neutrophils in mice with disabled neurons crawled farther, covering greater distances. They were also stickier and thus more capable of adhering the site of their pathogen-gobbling action.

Additionally, mice with disabled neurons marshaled more efficiently several types of cytokines, signaling proteins that regulate inflammation, infection and bacterial clearance. In animals with disabled neurons, the levels of these inflammatory cells ramped up and subsided much faster, indicating that these mice were capable of mounting a more rapid immune response in the early stages of infection.

A final set of experiments revealed just how neurons suppressed immunity. The researchers observed that an immune signaling molecule released locally by neurons — a neuropeptide known as CGRP — was markedly increased in mice with intact neuron receptors during infection but absent in mice with disabled neurons.

Researchers observed that the release of this molecule interfered with the lungs' ability to summon immunoprotective neutrophils, cytokines, and gamma delta T cells. Experiments in lab dishes revealed that CGRP disrupted immune cells' ability to kill bacteria. When researchers blocked the production of CGRP in live animals infected with staph, these mice showed an enhanced ability to fight infection.

"The traditional delineation between nervous and immune systems is getting blurry and our findings underscore the idea that these two systems cross-talk to regulate each other's function," Chiu said. "As we move forward, immunologists should think more about the role of the nervous system, and neuroscientists should think more about the immune system."