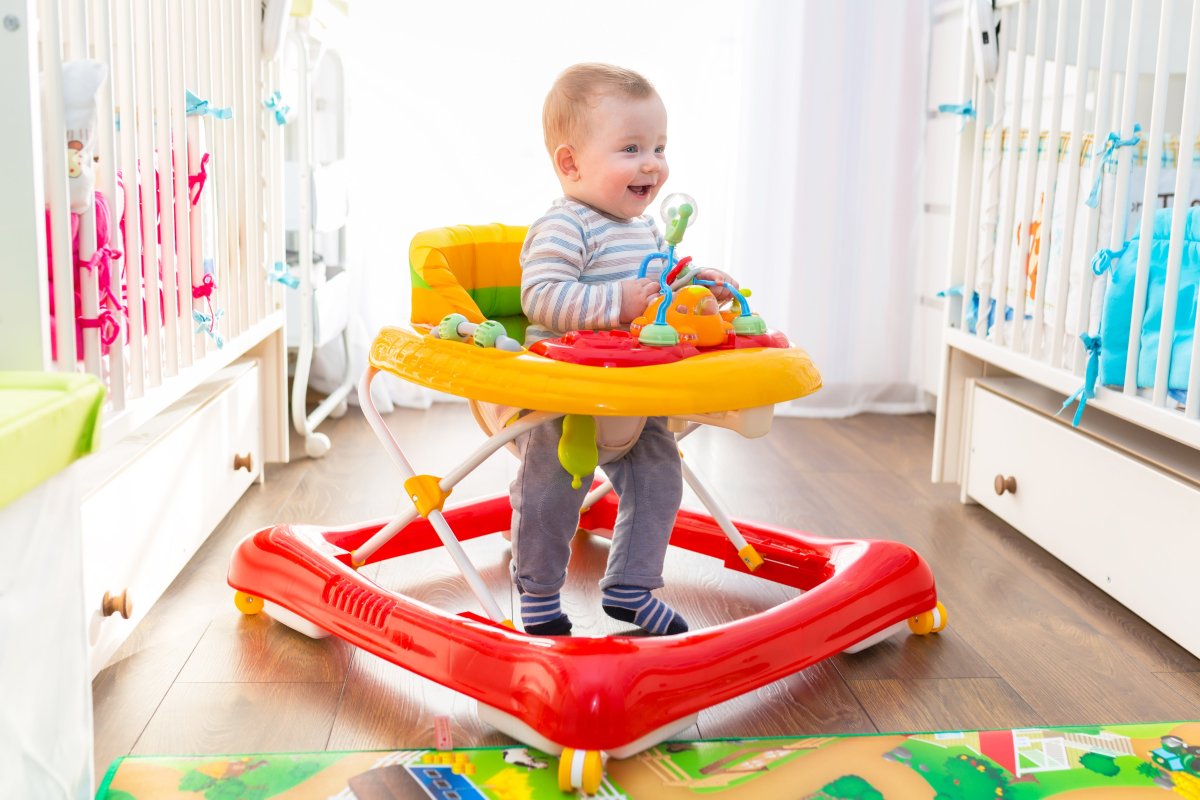 Although infant walkers provide no benefit to children and pose a significant injury risk, many are still being used in US homes. A new study from researchers in the Center for Injury Research and Policy at Nationwide Children's Hospital examined characteristics of infant walker-related injuries and evaluated the effect of the 2010 federal mandatory safety standard on these injuries

The study, published online today in Pediatrics, found that more than 230,000 children younger than 15 months old were treated in hospital emergency departments in the US for infant walker-related injuries from 1990 through 2014. The number of infant walker-related injuries decreased dramatically during the study period, dropping from 20,650 in 1990 to 2,001 in 2014. The overall reduction in injuries was primarily due to a decline in falls down stairs.

The decrease in stair falls was due in part to the implementation of safety standards that required changes to the way infant walkers are designed. In 1997, a voluntary safety standard was adopted that required infant walkers to be wider than a standard doorway or to have a mechanism that would cause it to stop if one or more of the wheels drops over the edge of a step.

Then, in June 2010, the CPSC issued a mandatory safety standard that included more stringent requirements for infant walker design, standardized the evaluation method to prevent stair falls, and added a parking brake test.

The mandatory safety standard also made it easier for the CPSC to stop non-complying infant walkers at entry points to the US before they entered the marketplace (all 10 infant walkers recalled between 2001 and 2010 were imported products).

While the greatest decrease in injuries occurred during the earlier years of the study, there was an additional 23% drop in injuries in the 4 years after the federal mandatory safety standard went into effect in 2010 compared with the prior 4 years.

Researchers concluded that this reduction may, in part, be attributable to the standard as well as other factors such as decreased infant walker use and fewer older infant walkers in homes.

"The good news is that the number of infant walker-related injuries has continued to decrease substantially during the past 25 years," said Gary Smith, MD, DrPH, senior author of the study and director of the Center for Injury Research and Policy at Nationwide Children's Hospital. "However, it is important for families to understand that these products are still causing serious injuries to young children and should not be used."

"Infant walkers give quick mobility (up to 4 feet per second) to young children before they are developmentally ready. Despite the decrease in injuries over the years, there are still too many serious injuries occurring related to this product," said Dr. Smith. "Because of this, we support the American Academy of Pediatrics' call for a ban on the manufacture, sale, and importation of infant walkers in the US."