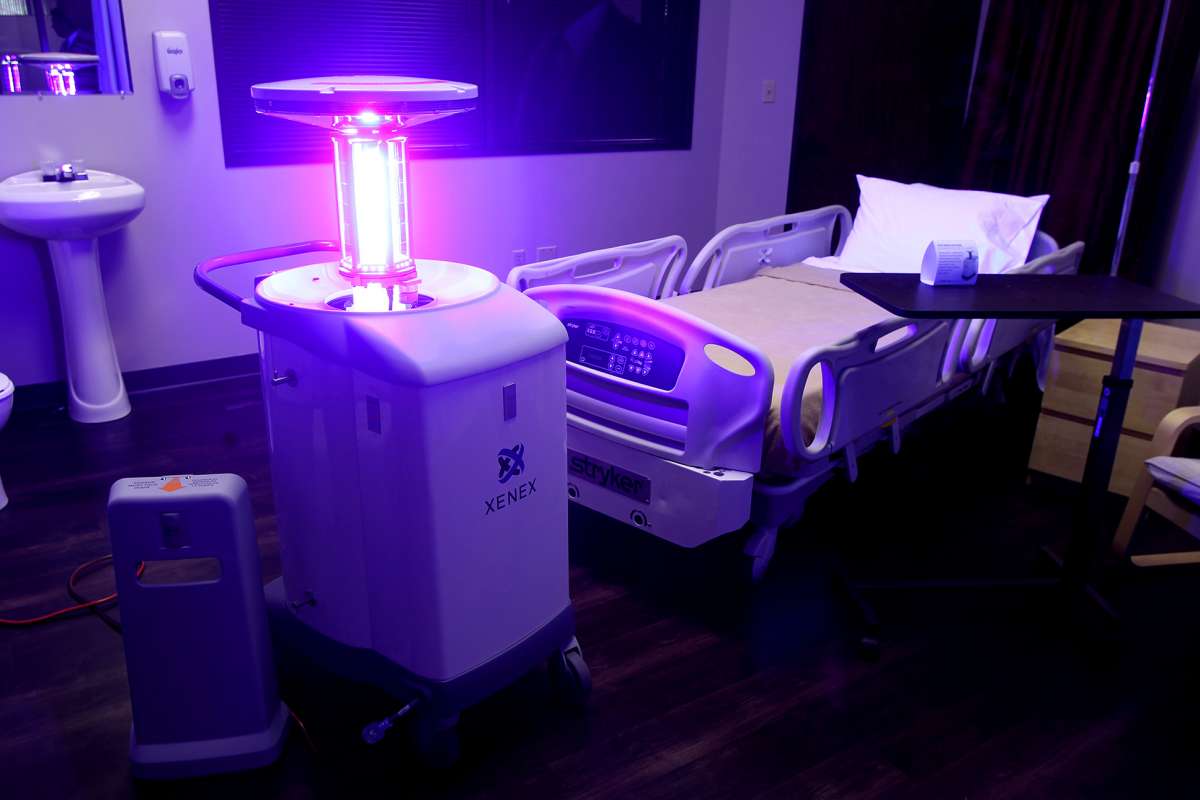 Recognizing that germs and bacteria are becoming increasingly resistant to cleaning chemicals, antibiotics and even some hand sanitizers, the facility invested in two LightStrike robots which quickly destroy the microorganisms that can cause healthcare associated infections (HAIs).

Martin Medical Center is the flagship hospital for Martin Health System, which has also adopted the germ-zapping technology at its other two hospitals: Tradition Medical Center and Martin Hospital South. These two facilities have also reported significant reductions in their C.diff infection rates.

"The microorganisms that cause infections are getting smarter and becoming antibiotic-resistant, which is why we need new weapons like the LightStrike robot to destroy them before they pose a threat to our patients and employees," said Meghan Patel.

"We have a fantastic team, and adding the LightStrike disinfection to our cleaning regime is helping bring down the bioburden in our facility, which has led to fewer environmentally transmitted infections. It's a win – win for everyone."

Although the hospital had very low infection rates prior to deploying the robots, Martin Medical Center's goal was to ensure it stayed one of the cleanest hospitals in Florida. The LightStrike robots use high intensity, pulsed xenon ultraviolet (UV) light to quickly disinfect patient rooms of harmful pathogens such as C.diff, Methicillin-resistant Staphylococcus aureus (MRSA), and Vancomycin-resistant enterococci (VRE) that can cause HAIs.

With the rise of superbugs that are increasingly hard to kill, hospitals like Martin Medical Center are turning to LightStrike robots to help rid their facilities of dangerous pathogens. LightStrike robots have been credited in peer-reviewed, published studies by numerous healthcare facilities for helping them reduce their C.diff, MRSA and Surgical Site Infection rates 46%-100%.

The LightStrike robotic disinfection system works by pulsing xenon, an inert gas, at a high intensity in a xenon ultraviolet flashlamp. This produces intense ultraviolet C (UVC) light which penetrates the cell walls of microorganisms, including bacteria, viruses, mold, fungus and spores.

Their DNA is fused, rendering them unable to reproduce or mutate, effectively killing them on surfaces. Requiring no warm-up or cool-down time, the robots work quickly and add only 10-15 minutes to room turnover time.

"Martin Medical Center is one of the top hospitals in Florida. It is evident by their investments in new technologies, recent cardiovascular affiliation with Cleveland Clinic, and planned renovations, they are always at the forefront of patient care," says Irene Hahn. "For their commitment to infection control and patient care, we are proud to designate Martin Medical Center as a Visionary Hospital."

According to Xenex, Visionary Hospitals are defined as hospitals that 1. Make patient safety a top priority; 2. Seek out and implement technologies with multiple proven outcomes published in peer-reviewed publications; 3. Follow manufacturer recommended best practices; 4. Publicize and share results to improve best practices for all hospitals; 5. Openly share their data for their benefit and the benefit of all mankind.