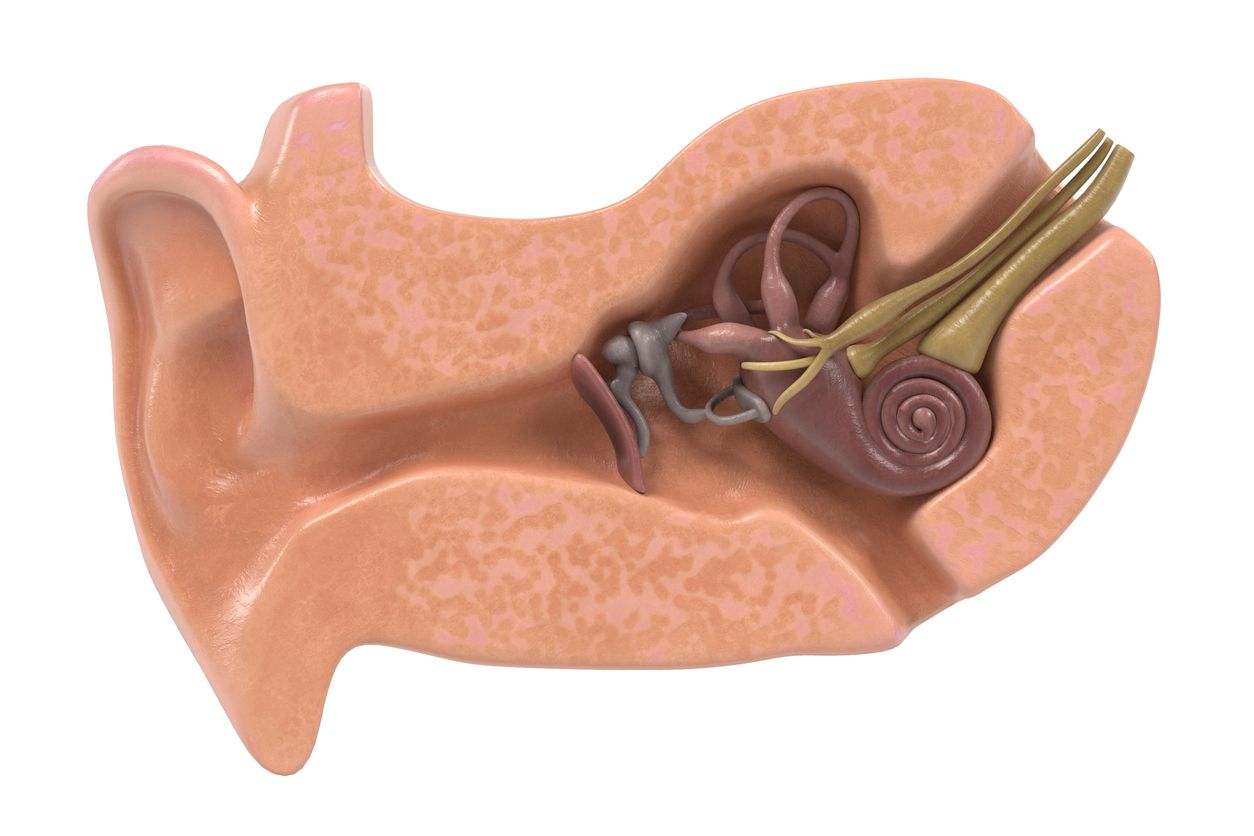 Researchers identified a protein, Daple which interacts with both systems and coordinates single cell and organ-wide directionality. Humans can hear sounds from genetic; it has evolved from million years ago. Sensory "hair cells" in the inner ear have the amazing ability to convert sound waves into electrical signals and transmit them to the brain for processing. This study has published in Proceedings of the National Academy of Sciences.

To do so, each hair cell must develop a motion sensor in the form of a brush of protrusions, or hair bundle, that is precisely organized and shows directionality, like the magnetized needle of a compass. Also, neighboring hair cells also orient their bundles in concert, the same way a collection of compasses would all point to the north magnetic pole.

Both single-cell and organ-wide directionality are critical for hearing, but these two levels of organization are controlled by largely distinct molecular mechanisms during inner ear development. "Planar cell polarity" proteins establish a north and south pole in the organ, while the Gpsm2/LGN-G? I proteins act in single hair cells to help give the bundle directionality. How the two systems are reconciled for normal sensory function remained a mystery so far, however.

Now, a collaboration between a research team at The Jackson Laboratory (JAX) and The Rockefeller University has identified a protein, Daple, that interacts with both systems and is a promising candidate to coordinate single cell and organ-wide directionality.

The researchers, Assistant Professor Basile Tarchini of JAX, and Howard Hughes Medical Institute Investigator A.J. Hudspeth and his student, Kimberly Siletti of Rockefeller, showed that in mice lacking Daple, hair bundles are misoriented and misshapen in a pattern indicating both organ-wide and single cell defects.

In earlier work, Tarchini and colleagues had established the signaling role of Gpsm2/LGN and G? i in modeling the staircase-like architecture of the bundle, a property essential for direction-sensitivity to sound waves and hearing.

The Jackson Laboratory is an independent, nonprofit biomedical research institution based in Bar Harbor, Maine, with a National Cancer Institute-designated Cancer Center, a facility in Sacramento, Calif., and a genomic medicine institute in Farmington, Conn. It employs more than 2,000 staff, and its mission is to determine precise genomic solutions for disease and empower the global biomedical community in the shared quest to improve human health.