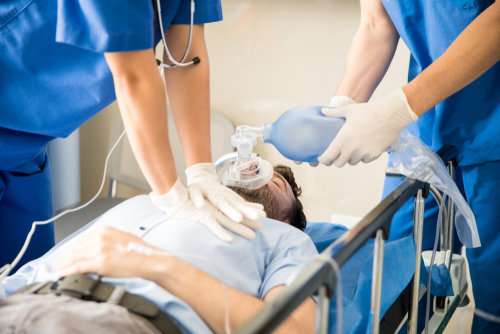 Among the many new responsibilities these young doctors will be taking on, one of the oldest and most critical will be their role on Code Blue teams or groups of caregivers who respond to cardiac arrests. About 200,000 cardiac arrests happen each year in U.S. hospitals. Nearly 80% of patients do not survive.

After collecting and reviewing nearly 80 hours of interviews, we found striking and humbling results: Top hospitals designed, deployed and trained their Code Blue teams, which respond to cardiac emergencies, in fundamentally different ways. The study was published recently in Circulation, a journal of the American Heart Association.

Cardiac arrests are medical emergencies that occur when the heart stops beating. They typically result from either primary diseases of the heart, like congestive heart failure and heart attacks, or from sudden stresses on the heart due to other underlying conditions, like trauma or sepsis. They can happen when patients slowly deteriorate over time due to progressive illness or as sudden events.

Some treatments, like defibrillation, can reverse cardiac arrest if applied promptly. If delayed, however, death is inevitable, even with treatment. About 4 of 5 patients who have cardiac arrests in the hospital do not survive.

Such poor outcomes are explained, in part, by the serious nature of the illnesses that trigger cardiac arrest. But what is more troubling is evidenced by my research team and others that suggests similar patients may have widely variable outcomes across different hospitals.

This is especially puzzling since providers typically follow the same guidelines for CPR and advanced cardiac life support that are regularly established by the American Heart Association. They visited both types to get a sense of performance across the spectrum five hospitals were top, and four were non-top performers.

This type of study focuses on what experts have called a "positive" deviance approach that is, figure out what outlier facilities. But reliance on residents can potentially lead to gaps in the care given that experiences of residents during critical scenarios may vary. Our research found that top hospitals have explored innovative models to get more consistent results.

One hospital with residents had senior doctors with more experience also respond to support residents. At another hospital without residents immediately available, teams were co-led by nurses that included a core group of individuals specifically trained to handle cardiac arrests and other emergencies.

This allowed for intimate familiarity between team members on a day-to-day basis that is critical for teams to succeed during high-stakes situations like cardiac arrest. Finally, the top hospitals also trained providers including residents differently, using strategies like "realistic" mock codes.

Mock codes are practice runs where teams are activated, and members go through a simulated cardiac arrest under the supervision of instructors.  In the 1960s, the fundamental aspects of CPR and resuscitation were uncovered, transforming the care of patients with cardiac arrest in the hospital.

Our study is a first look at the next step of "how" hospitals can improve Code Blue teams to deliver these complex procedures and services in the best possible manner with top hospitals serving as guideposts for excellence and innovation.