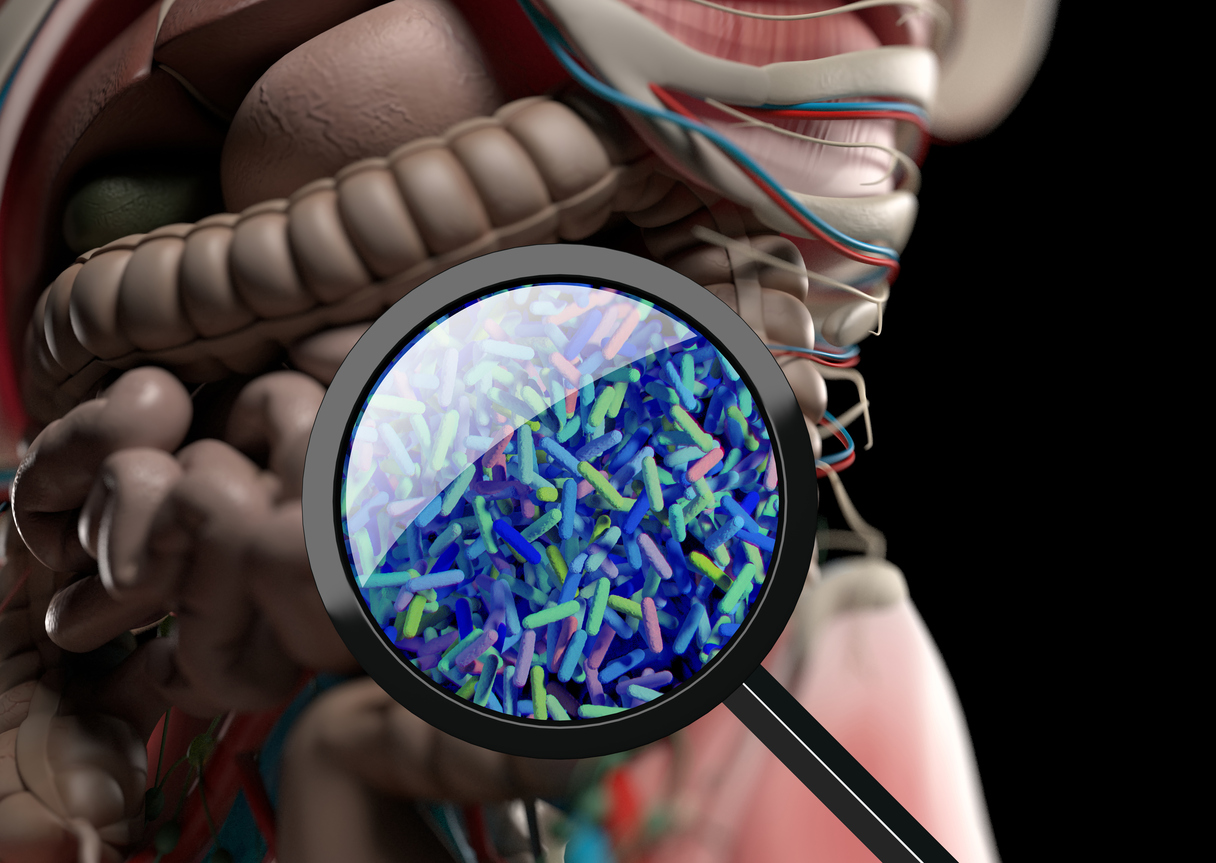 This work, led by Dr Patrick Varga-Weisz showed how chemicals produced by bacteria in the gut from the digestion of fruit and vegetables can affect genes in the cells of the gut lining.

These molecules, called short chain fatty acids, can move from the bacteria and into our own cells. Inside our cells, they can trigger processes that change gene activity and that ultimately affect how our cells behave.

This new research showed that the short chain fatty acids increase the number of chemical markers on our genes. These markers, called crotonylations, were only discovered recently and are a new addition to the chemical annotations in the genome that are collectively called epigenetic markers.

The team showed that short chain fatty acids increase the number of crotonylations by shutting down a protein called HDAC2. Scientists think that changes in crotonylation can alter gene activity by turning genes on or off.

The team studied mice that had lost most of the bacteria in their gut and showed that their cells contained more of the HDAC2 protein than normal. Other research has shown that an increase in HDAC2 can be linked to an increased risk of colorectal cancer.

This could mean that regulating crotonylation in the genome of gut cells is important for preventing cancer. It also highlights the important role of good bacteria and a healthy diet in this process.

First author, Rachel Fellows, said: Short chain fatty acids are a key energy source for cells in the gut but we've also shown they affect crotonylation of the genome. Crotonylation is found in many cells but it's particularly common in the gut.

Our study reveals why this is the case by identifying a new role for HDAC2. This, in turn, has been implicated in cancer and offers an interesting new drug target to be studied further.

Lead scientist Dr Patrick Varga-Weisz, said: Our intestine is the home of countless bacteria that help in the digestion of foods such as plant fibres. They also act as a barrier to harmful bacteria and educate our immune system.

These bugs affect our cells is a key part of these processes. Our work illuminates how short chain fatty acids contribute to the regulation of proteins that package the genome and, thus, they affect gene activity.