Impact of Climate Changes in Bangladeshi Women and Girls 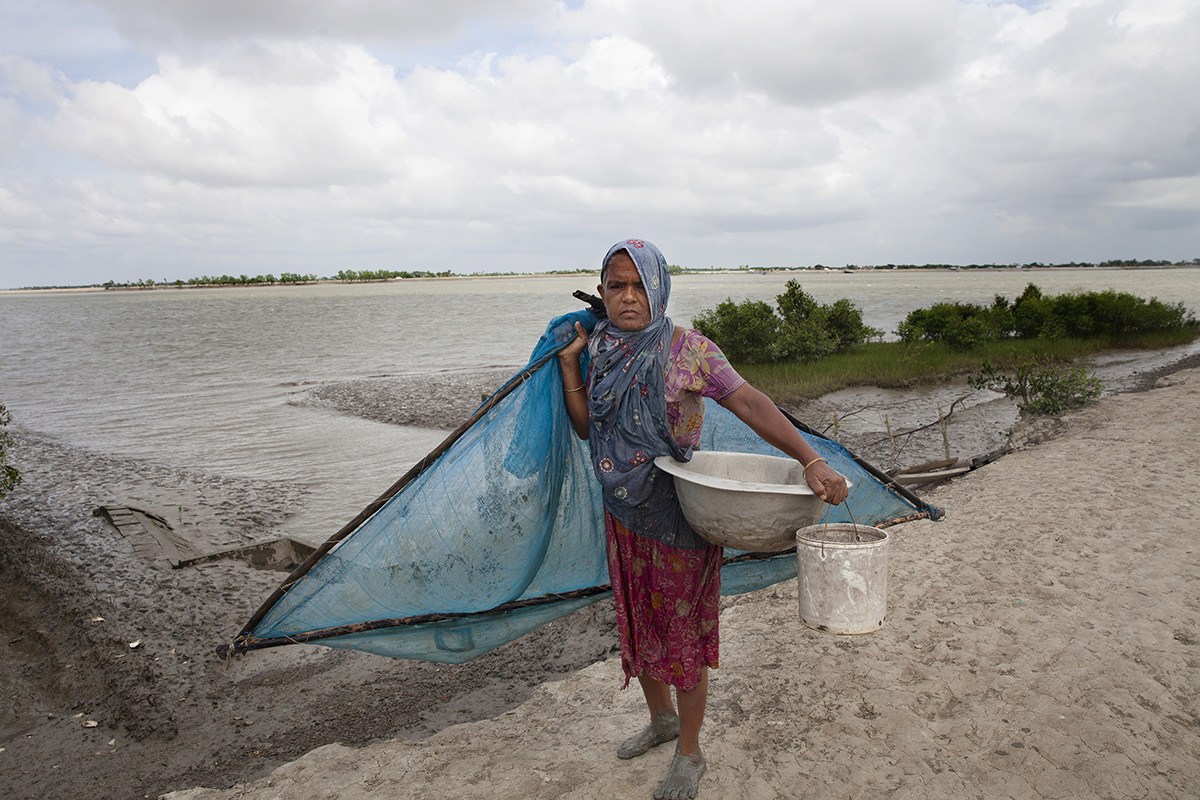 When people think about the impact of climate change, many consider the physical damage: homes destroyed, communities forced to start over, maybe even a number of bodies discovered after an intense weather event. But sometimes forgotten are the social consequences the physical destruction leaves in its wake.

In Bangladesh, one of the main social challenges presented by climate change is the furthered entrenchment of preexisting systemic gender inequality. As climate change negatively impacts vital local industries such as rice farming and fishing, women and girls experience a compound set of issues.

Flooding, a result of higher aerial moisture levels combined with increased runoff from the Himalayas, can lead to disaster — especially in a country like Bangladesh, where nearly half the population lives, on average, just 10 meters above sea level. In June, five Bangladeshis were killed by massive flooding, and more than 50,000 Bangladeshis have been affected. Flooding, often a product of climate change, can deepen gendered social problems, too.

Flooding often leads to salinization or the increase of salt levels in freshwater sources. Once water has been salinated, it can’t be used for drinking or farming. Water-related health complications are already a major issue in Bangladesh, and the lack of usable/clean water exacerbates this. These issues are likely even worse for women.

According to a 2016 study published in the Journal of Environmental Protection, “Higher rates of (pre)eclampsia and gestational hypertension in pregnant women in coastal Bangladesh, compared with noncoastal pregnant women, were hypothesized to be caused by saline contamination of drinking water.”

Flooding can also cause the areas around bodies of water to erode, which often leads to siltation, an environmental process in which excess minerals enter the water. As reported in 2016, siltation has significantly contributed to the disappearance of 32 fish species from Hakaluki Haor, the largest body of water in Bangladesh.

The multifaceted impact of environmental deterioration on women in the country can be seen here: As pointed out by Melody Braun of the nonprofit research organization WorldFish, dwindling fish populations not only drive vitamin and mineral deficiencies in women, this problem also hampers the economically essential practice of fishing.

For women who work in Bangladesh, as fish disappear, so do their job opportunities. Relying on fish to sustain themselves dietarily and monetarily, Bangladeshi women and girls experience acute social costs as a result of decreases in local fish populations, caused by problems associated with climate change.

The negative and gendered implications of climate change in Bangladesh are not solely demonstrated through health-related consequences; women and girls endure a steep social cost as the climate deteriorates. Displaced by massive flooding, most villagers migrate toward cities in search of work, where the secondary school can be prohibitively expensive.

While it is essential to take every step possible to prevent natural disasters like the massive flooding we have come to associate with climate change, it is equally essential to deal with the social consequences environmental disasters create.

Organizations like BRAC Centre have shown this work is not only critical but also fully realizable, managing to enroll two million girls in school in 2017 alone. But BRAC cannot do this work alone. In the global fight for the recognition of women’s issues, climate change as both cause and catalyst of furthered subjugation cannot be overlooked.