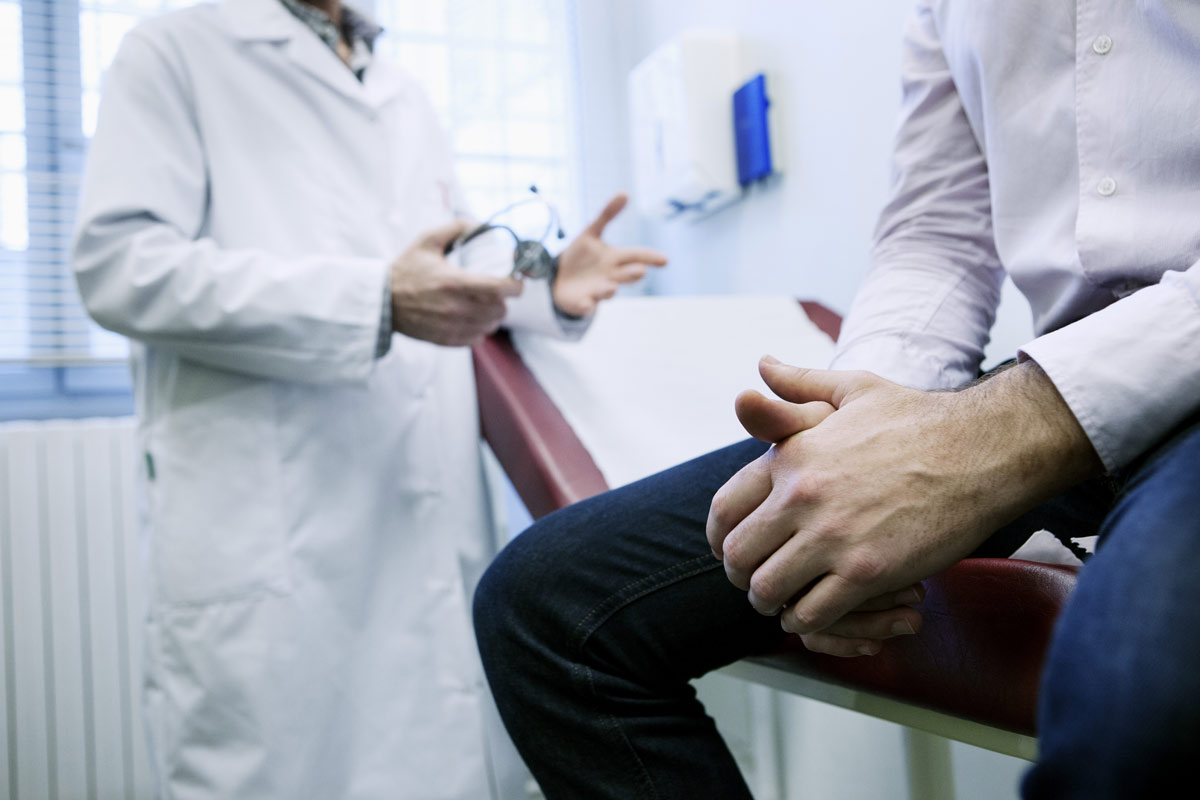 Researchers explained that a group of men with especially aggressive prostate cancer may respond unusually well to immunotherapy, according to the new study

The research offers the possibility of effective treatment for men with prostate cancer who currently die from their disease much more rapidly than other patients – with clinical trials already starting.

An international team led by scientists at The Institute of Cancer Research, London, and the Dana-Farber Cancer Institute in the US showed why some men with advanced prostate cancer have much worse survival than others.

Their research found that men with prostate cancer who have specific faults in their tumors that make their DNA error-prone and unstable survive only half as long as other men with advanced disease.

And the findings have exciting implications for treatment – with the researchers showing that these unstable tumors are more likely to stimulate an immune response than other cancers. That should make patients with these aggressive prostate cancers particularly good candidates for immunotherapy.

The new study, published in the Journal of Clinical Investigation, looked at 127 tumor biopsies from 124 patients and genomic information from a further 254 patients acquired by the Prostate Cancer Foundation/Stand Up to Cancer International Prostate Cancer Dream Team.

Cancers with 'mismatch repair' gene mutations can't correct single-letter mistakes in their DNA code properly and neither are genetically unstable.  They acquire more and more mutations as they grow and rapidly evolve drug resistance – which is why new treatment approaches are so badly needed.

But the researchers suspected these ultra-mutant cancer cells might be particularly easy for the immune system to recognize since they will look different from healthy cells.

The researchers found that half of the tumors with mismatch repair mutations had high levels of PD-L1, compared with only 9.8% without these mutations – making men with these tumors much more likely to benefit from a checkpoint inhibitor drug.

Based on these results, new clinical trials led by The Institute of Cancer Research (ICR) and The Royal Marsden are testing the effectiveness of checkpoint inhibitor immunotherapies in this group of patients.

Study leader Professor Johann de Bono, Regius Professor of Cancer Research said, "Our study found that some men with advanced prostate cancers have genomic mutations in their tumors that make the disease unstable, aggressive and resistant to standard therapies. These men with 'mismatch' repair mutations only live about half as long as others who also have advanced prostate cancer but whose tumors don't carry such mutations.

"We made an exciting step forward in working out how to treat men with such aggressive, unstable tumors. We discovered that tumors with mismatch repair mutations have key hallmarks which make them particularly likely to respond to checkpoint inhibitor immunotherapy. We are now developing tests that could pick outpatients with these mutations, and we're running new clinical trials to see if immunotherapy can offer new hope for these men."

Professor Paul Workman, Chief Executive of The Institute of Cancer Research, London, said, "We are seeing a revolution in cancer treatment as immunotherapy becomes an important option for many types of the disease.

"Immunotherapy is an unusual treatment in working best in cancers that have a lot of mutations. Prostate cancers normally tend to have fewer mutations than other cancer types, which may be why immunotherapy has so far only been successful in a small minority of patients.

"This new study is exciting in providing a way to pick out those men with prostate cancer who have the most aggressive, unstable disease and the worst survival – but who conversely might be the best responders to immunotherapy. It will be fascinating to see whether we can translate the theory into practice in the new clinical trials to test out immunotherapy in men with genetically unstable tumours."