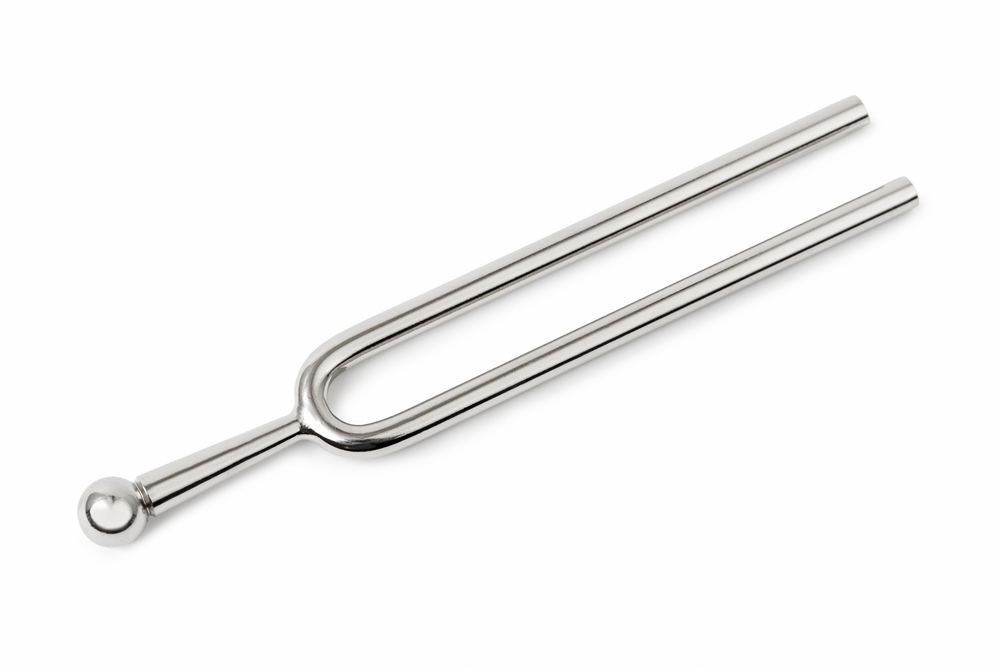 The Rinne test continues to be widely used by primary care and specialist physicians to detect conductive hearing losses. On acoustic anechoic chamber evidence, audiology society recommendations, medical student texts, and peer-reviewed publications, placing the vibrating tines parallel as opposed to perpendicular to the auditory meatus is recommended when testing air conduction of sound with the Rinne test.

The team reports a real-world clinical experiment comparing patients’ responses to the Rinne test when performed with the tuning fork positioned parallel vs perpendicular to the external auditory meatus.  Patients were recruited at a tertiary care academic otology clinic. Patients’ eligibility was identified by a screening Rinne test with a 512 Hz tuning fork, in which the allocation of tuning fork tines’ orientation (parallel vs perpendicular) was determined by a random number sequence.

Patients with a negative (bone conduction louder than air) or equivocal (bone conduction equal to air) Rinne result (suggesting conductive hearing loss) in at least 1 ear were recruited. Enrolled patients underwent further Rinne tests with a 512 Hz tuning fork presented to each ear: 2 with the tines parallel and 2 with the tines perpendicular to each ear canal. The test orientation sequence was block randomized, and the experimenter blinded to the screening results.

The study showed good agreement and nearly identical intertest diagnostic accuracy in identifying conductive hearing loss with tuning fork positions parallel and perpendicular to the external auditory meatus during the Rinne test. Hence, in the real-world environment parallel or perpendicular orientation of the tuning fork when testing air conduction with the Rinne test will not alter the test result. These results should not be extrapolated to other variations, such as a 45% angled tuning fork presentation to the external auditory meatus.