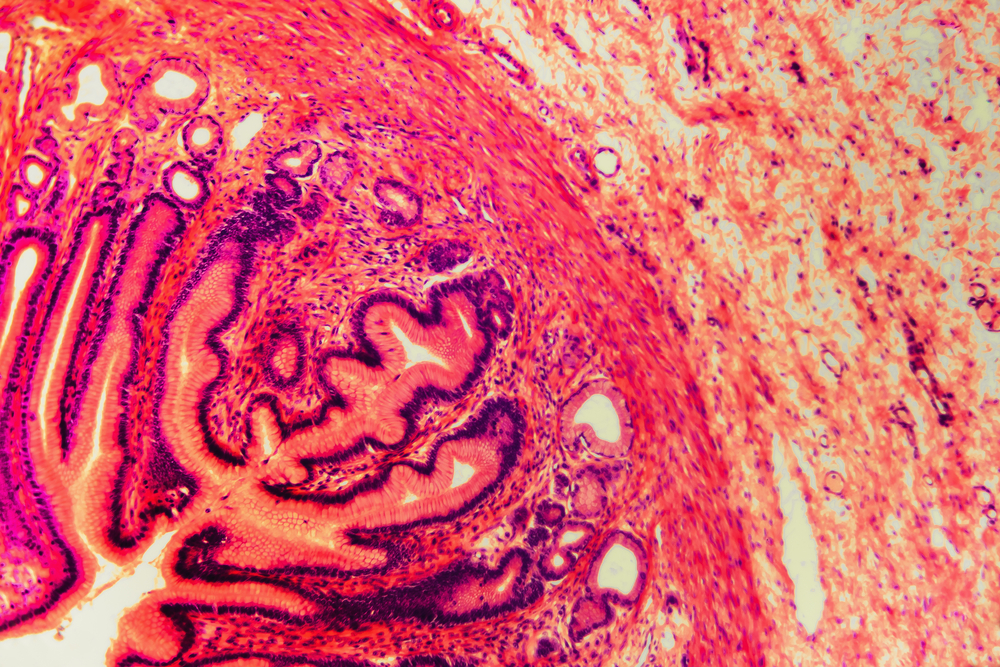 A new study, published in Cell Death & Disease, reveals that intestinal blood vessel cells may play an important role in radiation-induced intestinal injury, and it confirms that a potential radioprotective drug, dimethyloxalylglycine (DMOG), suppresses the intestine's responses to radiation injury.

Accidents at nuclear power plants can potentially cause massive destruction and expose workers and civilians to dangerous levels of radiation that lead to cancerous genetic mutations and death. Every year millions of cancer patients around the world receive radiation therapy, which, while lower-dose, can still cause harmful cumulative side effects.

"Radiation in the gut causes the microvilli projections of the epithelial cells to retract, leading to poor nutrient absorption, leakage through the normally tight intestinal barrier, and destruction of the beneficial microbiome. We wanted to see if we could replicate that response in our Gut Chip, and then reverse it with DMOG," says Sasan Jalili-Firoozinezhad, first author of the study.

The Gut Chip is a microfluidic device composed of a clear, flexible polymer that contains two parallel microchannels separated by a porous extracellular matrix membrane. One channel is coated with human intestinal epithelial cells, the other with human endothelial cells that mimic the blood vessel wall.

Cell culture medium is perfused through both channels, and suction is applied to side chambers within the chip at regular intervals to cyclically stretch the tissues, mimicking the peristalsis-like motions. Under these conditions, the epithelial cells spontaneously form intestinal villus-like structures and surface microvilli that increase the cells' surface area for nutrient exchange, much as they do in living intestine.

When the researchers exposed the Gut Chip to a radiation dose of 8 Gray, they observed apoptosis, generation of reactive oxygen species (ROS), double-stranded DNA breaks, degradation of lipids in the cell membrane, and loss of microvilli structure, as well as disruption of the junctions between neighboring cells and of the mucous membrane that protects the intestinal wall from bacteria and toxins.

The team then exposed the Gut Chip to DMOG, a compound that has been shown to prevent radiation injury in rats by increasing the production of the protective proteins HIF-1α and HIF-2α, prior to administering radiation. They observed that DMOG pre-treatment significantly reduced apoptosis, ROS generation and lipid degradation in both epithelial and endothelial cells, intestinal permeability, and microvillus injury of intestinal epithelial cells.

"Now that we have successfully tested a potential drug candidate in a human organ system, our goal is to use this chip to identify new radioprotective drugs by physiologically mimicking radiation damage in the gut," says Jalil-Firoozinezhad, who is a Graduate Student at both the Wyss Institute and the Institute for Bioengineering and Biosciences at IST in Portugal.