Hospice Care To Those In Need Of Health Care 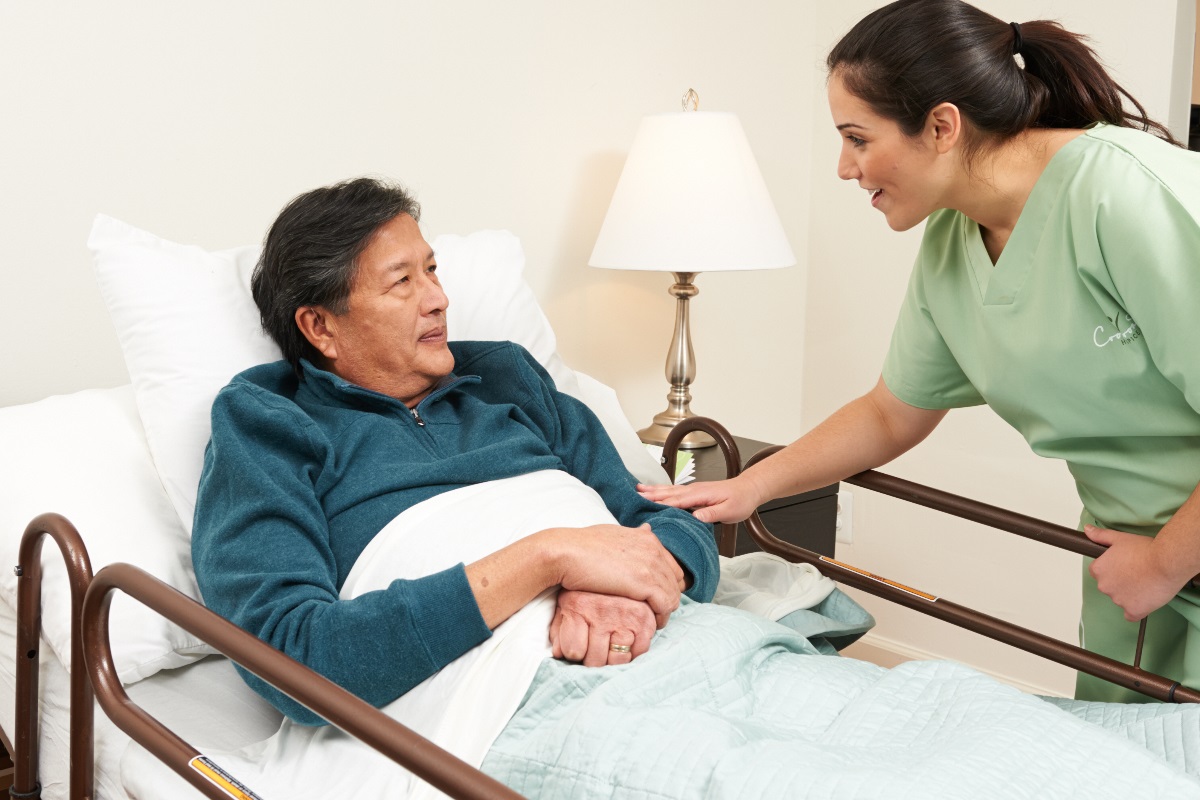 You laugh. You cry. You love. And you lose. It is nearly impossible, to sum up, the range of emotions felt each day within the walls of Barrie’s 10-bed Hospice, Simcoe. In only a few short hours spent touring the facility and engaging with residents a few weeks ago, Simcoe.com sat in on a birthday singalong and watched a daughter hold her dying father’s hand for a casting mold. There is laughter in the kitchen and silence in a room where a resident has just died.

Each minute provides a mass of emotional contradiction. Personal support worker and musician Garrett Lambert say he experiences that range of feelings every shift. He’s worked at the hospice for seven years, entertaining and offering comfort and assistance to residents and their loved ones.

“To be able to impact people, it makes you not want to play (music) outside of here,” he said. “It’s so candid. I love the phrase ‘pay it forward.' I live by that every day.” Lambert tries to ensure everyone under the hospice's roof has the best day possible, given the circumstances.

He says his positivity comes from a traumatic period as a teenager when he was paralyzed from the neck down. He spent a year and a half at the Hospital for Sick Children in Toronto, plus a further six months in recovery.

The hospice sits on a serene piece of property that is a few minutes’ drives from the Royal Victoria Regional Health Centre. There are gardens on the site, and it looks over the rural farm fields of Oro-Medonte, which begin on the other side of Penetanguishene Road and extend into the horizon.

Inside the hospice is Mary Ryans, who is celebrating her birthday with family and friends. A banner and balloons were placed in a large common room as she was serenaded with by Lambert and her longtime friend Bob Patterson.

Patterson cracks jokes between songs and sometimes plays cheeky pieces from when he and Ryans were younger. He visits Ryans, who arrived in a hospice in mid-July, often. Hospice staff celebrated the organization’s 30th anniversary recently.

The demand for in-home and residential palliative care and bereavement services has grown significantly in the decades since the hospice held its first board meeting in February 1988. They have trained volunteers that will see you in your home and help you with emotional and practical support.

They can tell their fears and worries to a volunteer without feeling they’re burdening them. Coming into a place that allows you to be you and not be judged is so awesome. You can give your heart and soul and not be judged. It’s neat to be able to put a smile on someone’s face in a horrible situation. Or even just take their brain off it for a bit.