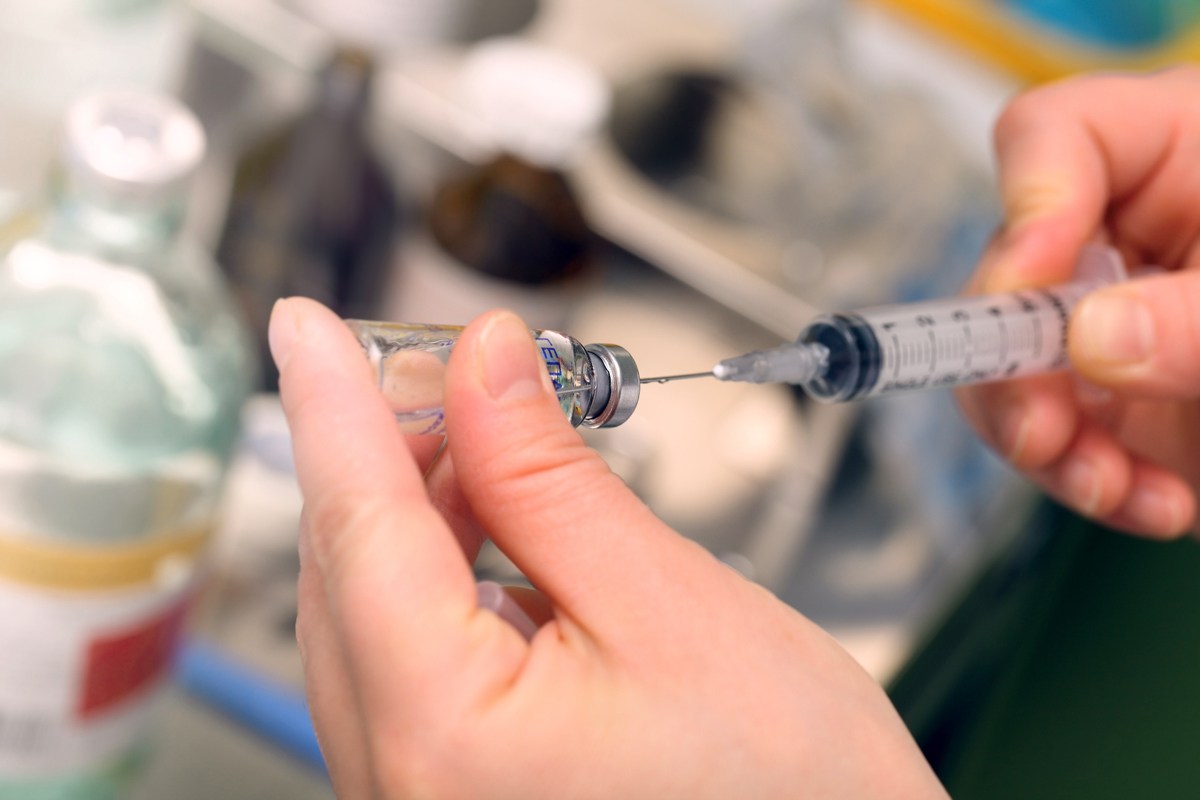 "Syphilis is the great imitator; it can look like hyper pigmentation, or other conditions," says Dr. Juan C. Salazar. And, the sexually transmitted disease poses serious health consequences. Syphilis is the second leading cause of stillbirth and miscarriage worldwide and, if left untreated, it can cause strokes, dementia, and other neurological disease.

Syphilis is hard to study because, unlike many disease causing bacteria, it cannot be grown in a lab dish or in mice. Besides humans, the only animal commonly found in laboratories that is susceptible to syphilis is the rabbit. But rabbits clear syphilis infections quickly, so new rabbits must be infected regularly to maintain a strain of Treponema pallidum, the syphilis-causing bacteria.

The second reason syphilis is hard to study is because the bacteria causes the disease is so delicate. Most disease causing bacteria are pretty tough — you can wash them, dry them, and then look at their exteriors in great detail under a microscope. T. pallidum doesn't survive that rough treatment. It tends to break open and spill its guts, making a mess, and also making it impossible to figure out which proteins are supposed to be on the outside of the bacteria.

Genetics of the syphilis bacteria

When UConn Health microbiologists began analyzing the genetics of the syphilis bacteria they collected from patients in Colombia, as well as the syphilis samples sent to them by collaborators in San Francisco and the Czech Republic, they began to notice that the strains from different places were very similar. Not many genes differed. And that makes sense — in an organism with such a small genetic code, every gene must be essential.

"They're mutating to avoid the immune system," Radolf says. Radolf and Caimano's team suspected that these mutating genes coded for the proteins they were looking for. So they began testing them. They used a computer modeling program to model the proteins these genes would make, and see if those proteins had the characteristic barrel shape that bacteria use for proteins on their outer membranes. It turned out that many of them did.

The researchers then actually made the proteins and tested whether they folded into that barrel shape in real life. And then finally, they made antibodies for the proteins and showed that these antibodies did indeed attach to the exteriors of intact T. pallidum bacteria. This meant they'd found their marks — the proteins were there.

The UConn Health researchers will be collaborating with researchers at the University of North Carolina to enroll patients to make sure the syphilis they have been studying is representative of syphilis worldwide. If the proteins they've identified really do end up becoming a vaccine, they want it to benefit as many people as possible.