HIV Protein and its Pathogenesis Uncovered 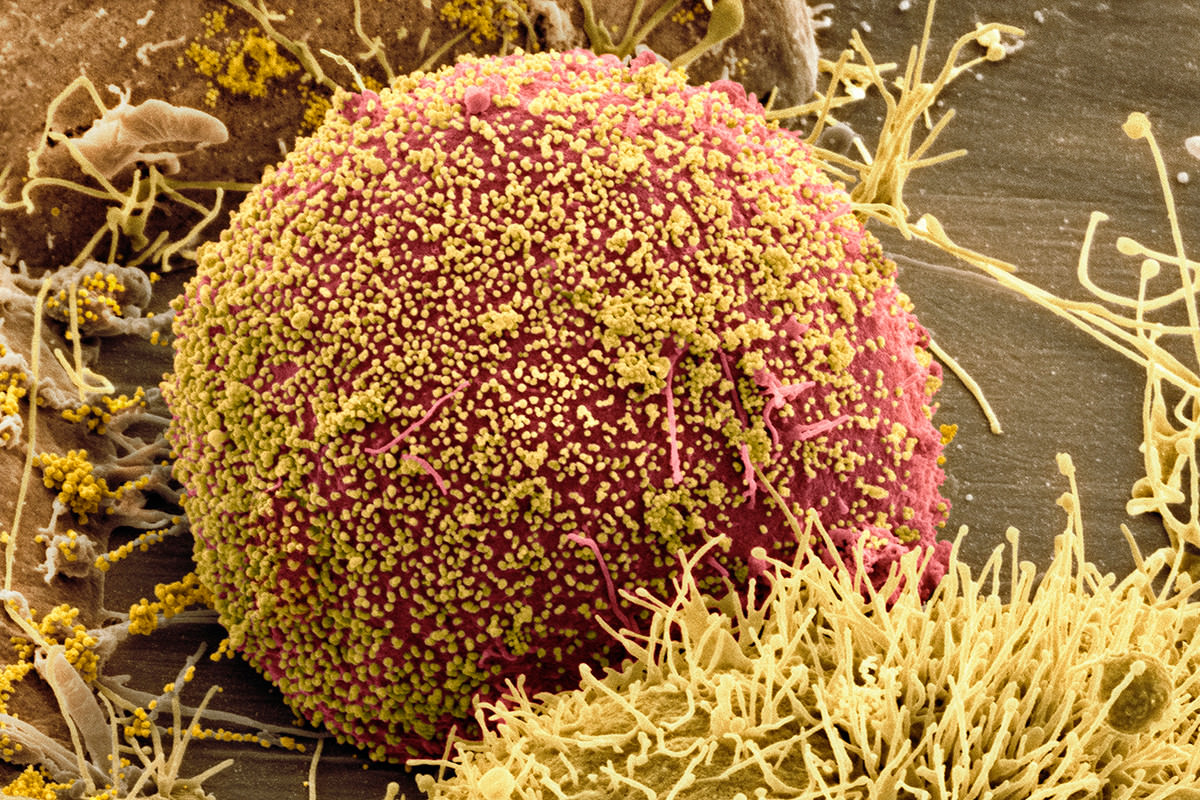 One of the many challenges in treating HIV is that the virus can lie dormant in cells, quietly evading immune detection until it suddenly roars to life without warning and begins replicating furiously. Salk Institute researchers discovered a small molecule called JIB-04 that destroys the HIV protein called Tat, responsible for revving up the virus.

The molecule, while itself too toxic to serve as a therapy for HIV, reveals proteins in host cells that can potentially target Tat and halt this runaway replication process. The work, which appeared in the journal PLOS Pathogens, also more broadly illustrates a powerful new laboratory technique that can identify more precisely which proteins bind to drugs—information that is often elusive.

"The level of Tat very much determines whether or not you can reactivate a virus from latency," says senior author Katherine Jones. "Even though JIB-04 cannot be used clinically, we were able to use it to show an important part of how Tat levels are determined by a pair of enzymes in the host cell. Identifying them offers new targets for potential therapies."

Tat Protein and its Role

Like all viruses, HIV-1 (the common form of HIV) enters the body and uses the host's own cellular machinery to copy the viral genetic material and spread from cell to cell. Tat kicks copying into high gear when conditions are favorable, revving up the machinery a thousandfold. Jones' team was investigating other HIV proteins when they noticed that one of the compounds they were testing, a small molecule called JIB-04, caused Tat to disappear.

The effect was striking, but how exactly JIB-04 was accomplishing this vanishing act was unclear. Jones enlisted the help of researcher James Moresco, director of Salk's Mass Spectrometry Core, who used a new approach called DiffPOP (short for "differential precipitation of proteins") to identify the protein targets of drug compounds.

"The application of the DiffPOP technique to identify drug/protein interactions enabled the identification of a completely unexpected insight into the biology of HIV," says Moresco. "It is a great example of how collaboration between our labs at Salk, as well as with The Scripps Research Institute, who developed the underlying technology, encourages discovery."

The DiffPOP results showed that JIB-04 was binding to two of the host cells' enzymes (SHMT2 and BRCC36) whose job is to rescue proteins that have been targeted for disposal. Some enzymes flag proteins as cellular "trash"; others remove the flags, thereby saving those proteins from destruction. Jones' team hypothesized that the compound interfered with the ability of these proteins to protect Tat, enabling the cell to destroy Tat and keep the virus in its latent state.

"Based on these phenomena, we think this compound may actually target these two proteins," says Muyu Xu, a research associate at Salk and the paper's first author. "It may have other potential targets, but this pair is one of them. So we concluded that these enzymes might be novel factors that regulate Tat turnover in cells."

Even though HIV has gone from a deadly disease to a chronic condition that can be kept at bay with antiviral therapies, the daily cocktail of drugs is extremely burdensome for people with the disease. The researchers say that understanding the factors that influence Tat's stability are crucial to being able to control the virus.

"As researchers, we'd like to find a way for people not to have to be on these drugs their whole lives," says Jones. "So the idea of inhibiting Tat to get to a functional cure for HIV is very appealing."