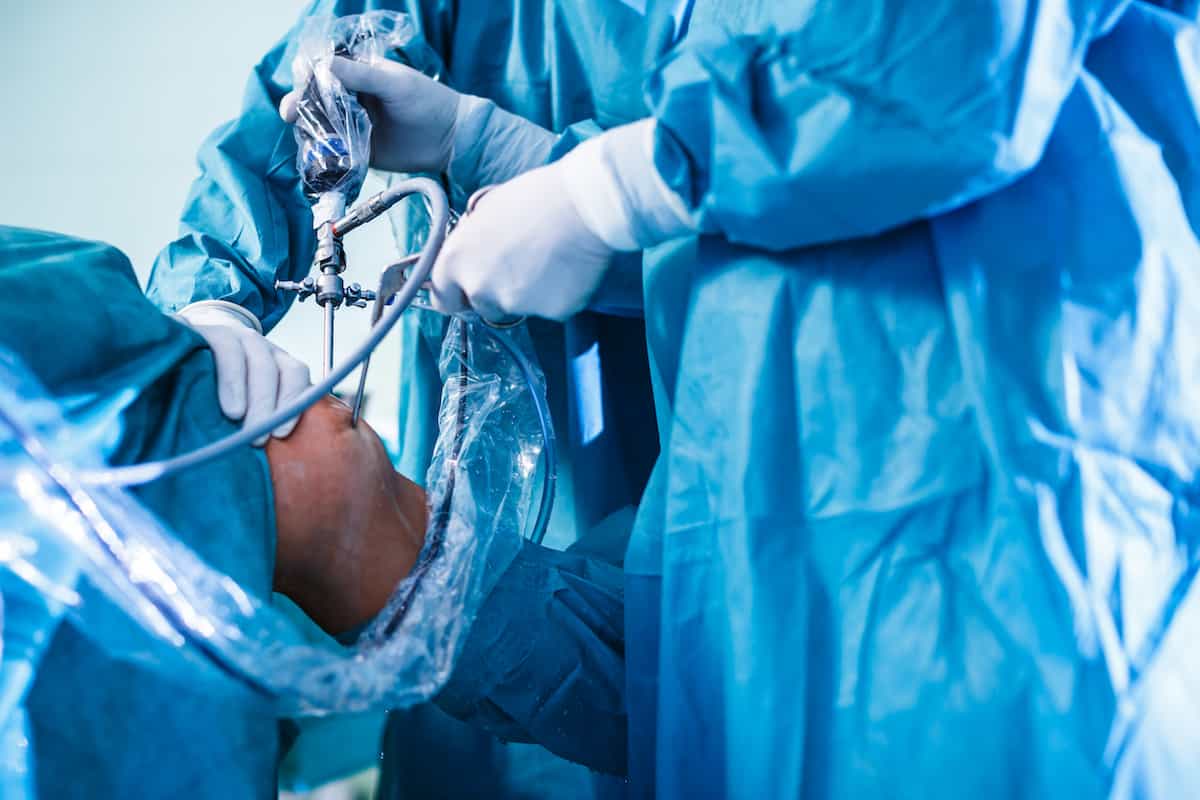 The minimally invasive procedure is used to treat labral tears, femoroacetabular impingement, and other hip joint issues. Hip impingements are a significant source of pain and missed time for athletes in sports such as hockey, running, dance, soccer, and football. An increasing number of high profile athletes have undergone this procedure to quicken rehab time and return to action sooner.

There has been a rapid increase in the number of hip arthroscopies performed in the United States over the past two decades. Though statistics vary, the total amount of procedures done in the US has increased by 250 percent since 2011. With the traditional procedure, patients faced a long rehabilitation that would include post-surgical pain associated with the operation.

"When we do hip arthroscopy, we need to open the joint up so that we can safely pass our instruments into the joint," said Dr. Salata. "The traditional way to do that is to pull traction on the leg and to place a large padded post in the patient's perineal area to give you counter-traction."

The primary problem with this technique is the compression of the groin by the post comes with a risk of either transient or permanent pudendal nerve palsies, which leads to numbness in the genital area.

"It also has been reported to lead to complications including urinary retention, increased postoperative pain, retrograde ejaculation and erectile dysfunction after the surgery," said Dr. Salata. "In some of the published literature, the genital numbness has been reported to occur as high as 16-25 percent of patients."

"By providing post-less distraction of the hip joint, we are able to essentially eliminate the risk of pudendal nerve palsy entirely and this leads to a decreased risk of postoperative pain, decreased risk of urinary retention and any of those other comorbidities that are associated with the post," he said.

To employ this new approach, Dr. Salata uses a traction pad on the operating table that maintains the patient in the feet-higher-than-the head Trendelenburg position.

"The pad allows for more friction of the torso and the trunk," Dr. Salata says. "We're then able to use their body weight as a counter-traction in order to open the joint up, eliminating the need for the post."

Dr. Salata says he expects more orthopedic surgery centers will likely adopt the post-less hip arthroscopy technique. In the meantime, he says he's pleased with the advantages the innovation can provide for current patients undergoing surgery at UH.

"This technique provides an improved safety profile for our patients," he said. "It's been incredibly successful. Our patients post-operatively have had less discomfort and it will likely improve their recovery as well."