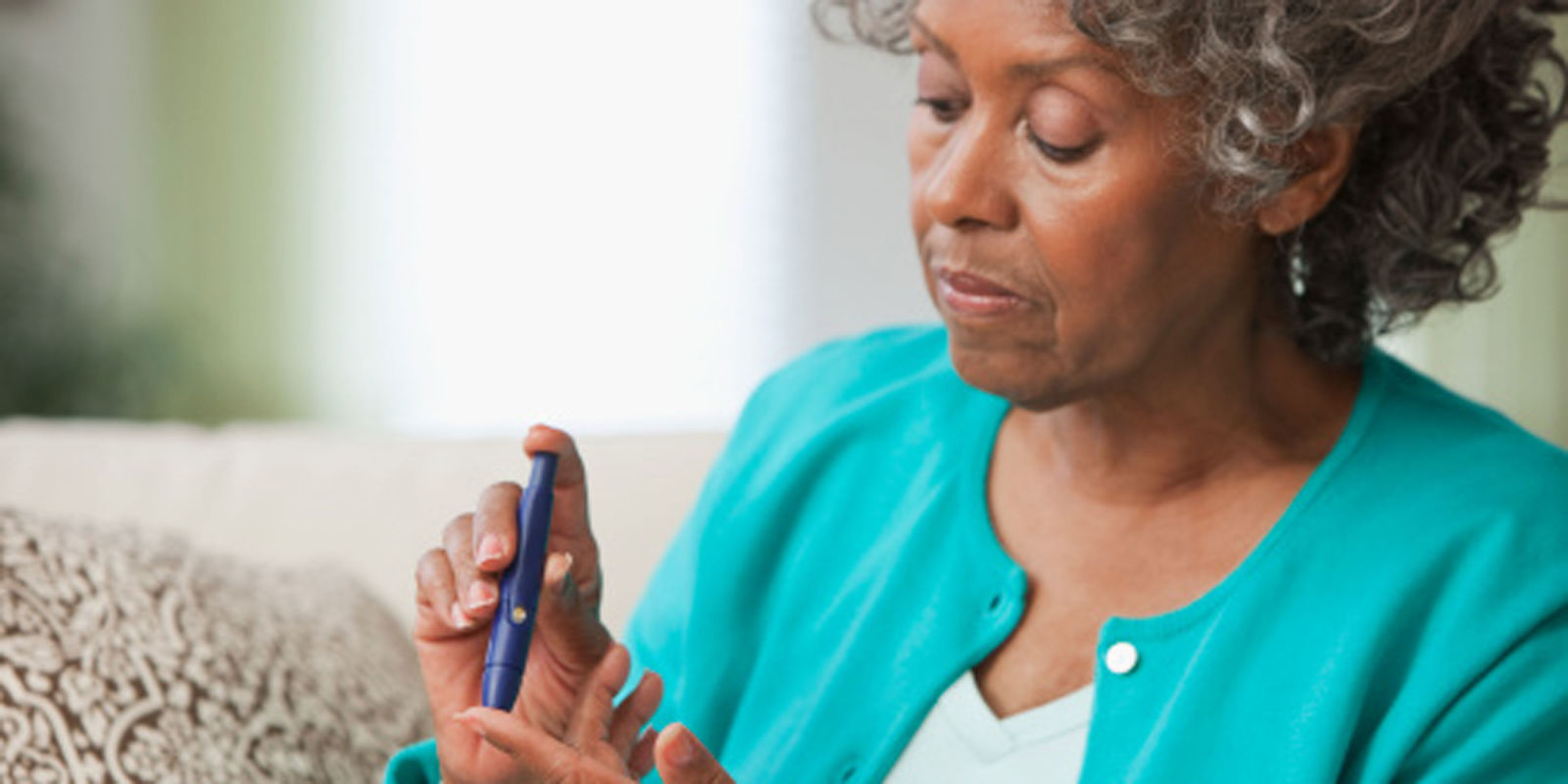 Researchers determine that high and low levels of glycemic control and high HbA1c variability are associated with increased mortality in older people with diabetes. "In older populations, it is important to consider HbA1c values and trends as a health marker and not as a target," said Dr Angus Forbes. "The current system of care is biased toward lowering glycemic control, and this may lead to a lack of vigilance in relation to high-risk patients with lower or varying HbA1c levels." The study was published in The Lancet Diabetes and Endocrinology.

The data showed a J-shaped distribution for mortality risk in both sexes, with significant increases with HbA1c values greater than 8% (64 mmol/mol) and less than 6% (42 mmol/mol). Mortality increased substantially with increasing HbA1c variability in all models, both overall and for men and women separately. Fitting the mean HbA1c models with the glycemic variability score altered the risk distribution for all models.

But most markedly in the model that looked at the entire period; in this analysis, the risk was significantly increased only with HbA1c values greater than 9.5% (80 mmol/mol) in women and 9% (75 mmol/mol) in men. "Both low and high levels of glycemic control were associated with increased mortality risk, and the level of variability also seems to be an important factor, suggesting that a stable glycemic level in the middle range is associated with lower risk," the authors state.

"As an observational study, these are only associations and further research is required to model the relative benefits of different approaches to glucose management in older people," Dr Forbes said. "This work would need to consider the high level of heterogeneity in the population gender differences, co-morbidity, and most importantly frailty." Dr Hermes Florez said, "Efforts will be needed to reduce glycemic variability and prevent hypoglycemia, reducing the development of complications and preserving (older adults') quality of life."

They Conclude, Glycemic variability, as assessed by variability over time in HbA1c, might be an important factor in understanding mortality risk in older people with diabetes.

Beyond the information provided by self-monitoring blood glucose data, which has limitations for the assessment of glycemic stability, innovative methods such as continuous glucose monitoring (CGM) may provide more reliable information, including the amplitude and timing of glucose excursions. Meanwhile, the author approaches ongoing comparative effectiveness studies "may provide further insight on the appropriate selection of oral agents, injectables and insulin therapies for these patients.