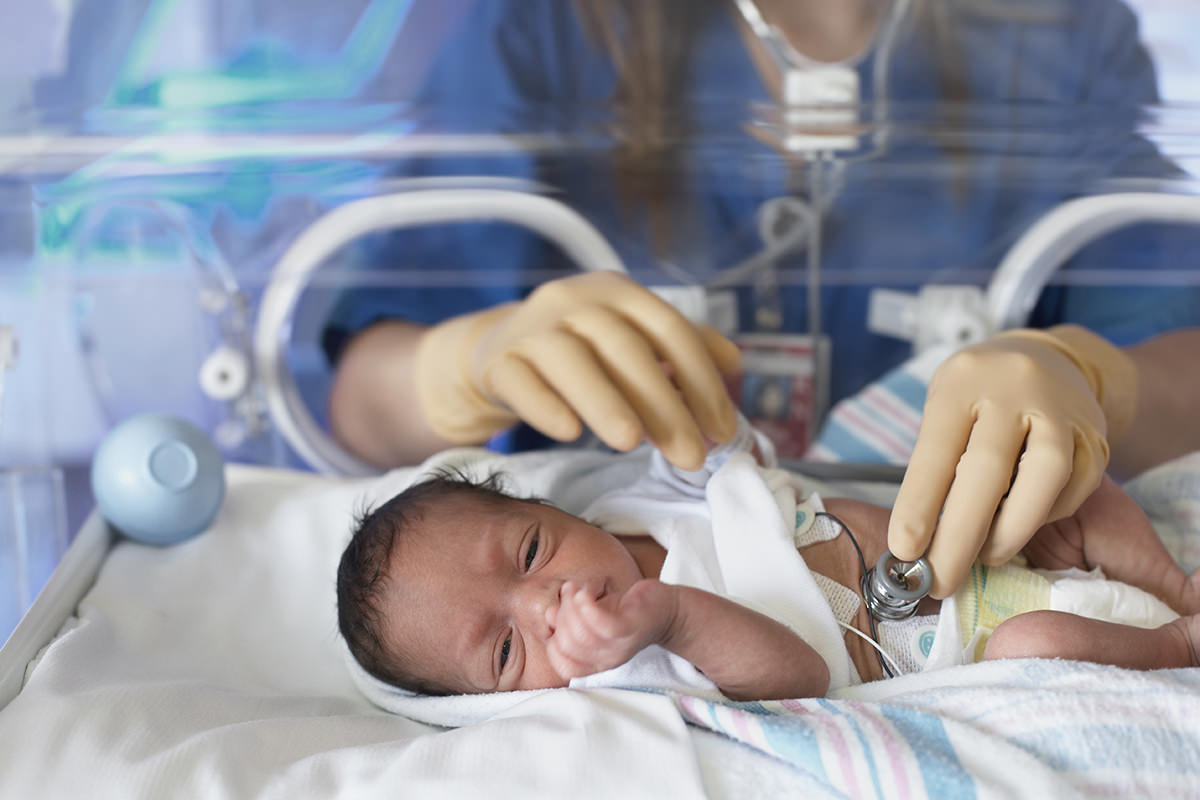 Nephrons are the microscopic blood-filtering units inside our kidneys that convert waste products into the urine, regulate our electrolyte levels and our blood pressure. Unfortunately, the nephron formation process can be interrupted when babies are born preterm, which places them at higher risk of developing kidney disease later in life

Now a study led by scientists at Cincinnati Children's reveals one mechanism involved in regulating when nephron formation ends. The discovery, based on mouse models, suggests that intervention during pregnancy or after preterm birth could extend nephron development. If translated to clinical practice years from now, the result could be reduced need for kidney transplants and fewer deaths from kidney disease.

The paper is the latest advance by scientists at Cincinnati Children's who are trying to reduce preterm birth by addressing environmental factors, understanding genetic drivers, and exploring the mechanisms that regulate complications.

"All the nephrons you or I have were generated while we were in our mother's uterus. Prematurity terminates this process too early. As a result, adults that were born prematurely are at high risk for hypertension, heart disease, and end-stage renal disease," says Raphael Kopan, Ph.D., Director of the Division of Developmental Biology at Cincinnati Children's, and senior author of today's study.

Can a closing window of development be propped open?

By studying how mice control their nephron numbers, the researchers discovered that a protein called hamartin plays a central role in shutting down the nephron formation process.

Until now, this protein was known primarily as a factor involved in tuberous sclerosis complex, a rare genetic disease that causes benign tumors to grow in the brain, kidneys, heart, and other organs. In this study, when mice were bred to produce reduced amounts of hamartin, their kidneys developed 25 percent more nephrons than a control group.

However, when bred to produce no hamartin at all, the mice developed fatal kidney defects. These results were seen in mice with two different genetic backgrounds, suggesting that hamartin function did not depend upon the method the research team used to reduce its level.

"This study provides important new information that will improve outcomes for all babies born prematurely," says Louis Muglia, MD, Ph.D. "Optimizing pregnancy outcomes is a central focus shared by the basic scientists and clinicians in the Perinatal Institute, and this work reflects that shared commitment."

From affected families to society at large, the health impact of preterm birth remains a major concern.

Overall, about one in 10 infants are born prematurely (before 37 weeks) in the U.S. That's about 387,000 births a year, according to the U.S. Centers for Disease Control and Prevention. Of those, nearly 109,000 are considered "early" preterm births (before 34 weeks). This group faces the highest risk of complications from interrupted kidney development.

As they grow up, many of those babies join the ranks of more than 8 million Americans affected by chronic kidney disease, including more than 100,000 who begin dialysis each year while awaiting a kidney transplant.

At first glance, today's findings suggest that the hamartin protein would be a prime target for a medication to protect kidney development. However, in people, directly reducing hamartin production would likely cause tuberous sclerosis.at can determine if a developing fetus or newborn preterm baby has a nephron shortage.

But several research groups around the world are studying how to use MRI scans to measure nephron supply. That work currently is focused on adults, but if proven safe, will eventually become applicable in newborns.