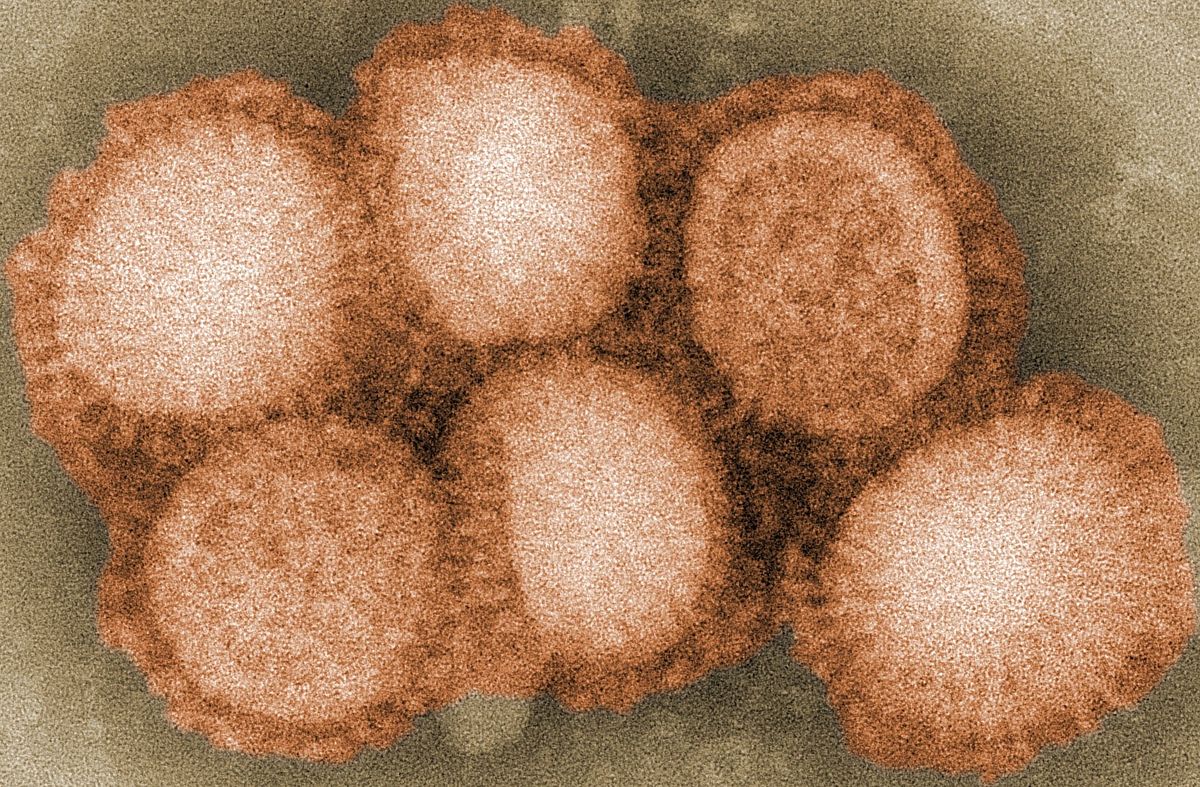 In a new paper, researchers from the Centers and Disease Control and Prevention (CDC) examine non-respiratory influenza infections, and how transmission of the virus through the eyes can lead to ocular disease.

Human influenza is a highly contagious virus that typically spreads from person to person. An infected individual can spread the virus to people up to 6 feet away, through coughing, sneezing, or talking. When the airborne aerosols enter the mouth or nose, it can cause a new infection. Contaminated surfaces or objects can also help to spread influenza.

Zoonotic influenza viruses that cause human infections, such as some forms of bird flu, are less likely to spread from person to person. While these infections are extremely rare in humans, viruses such as high pathogenic avian influenza A (H7N9) have caused annual epidemics of sporadic human infections, in some cases leading to severe illness and death. Transmission of avian influenza can occur through touching the eyes, mouth, or nose after direct contact with infected birds or contaminated surfaces, as well as through infected airborne dust or droplets.

Mode of transmission for influenza virus

While respiratory transmission is the most common mode of transmission for influenza virus and typically results in respiratory infections, researchers are emphasizing that respiratory exposure is just one of several potential routes of influenza virus infection in human beings. The authors of a new paper published in the journal The Lancet Infectious Diseases are emphasizing the need for greater understanding of how non-respiratory exposure routes influence disease presentation and progression, and point out that the surface of the eye is overlooked as a site of transmission, capable of leading to both ocular and respiratory infections.

The ocular surface is a mucosal surface with permissive receptors for influenza virus, and the authors note that roughly 80% of documented human infections with H7 viruses have been associated with ocular complications such as conjunctivitis, often with concurrent mild respiratory illness, and influenza-positive eye swabs. Along with conjunctivitis, individuals with confirmed influenza cases have also experienced subconjunctival haemorrhage, uveitis, retinopathy, and optic neuritis.

The authors note that much lower levels of ocular complications have been observed with laboratory-confirmed cases of influenza, both from human or other avian subtypes of the virus. However, most of those cases have not had confirmed the presence of influenza virus in the eyes, and have not ruled out other pathogens as the cause.

“As such, these studies demonstrate an association of conjunctivitis with respiratory influenza in the absence of confirmation that the ocular symptoms are caused by influenza virus infection, and identify a need to collect and examine ocular samples (eg eye swabs) when ocular involvement is reported during confirmed infection with a respiratory pathogen,” the authors write.

They call for better reporting on the absence or presence of ocular complications in patients with confirmed cases of influenza, continued investigation into the capacity for exposure to respiratory viruses through the ocular surface and note that use of eye protection may be recommended in some circumstances with a high risk for influenza infection.

“Protecting the ocular mucosal surface prevents influenza virus from potentially exploiting a mucosal surface with an anatomical conduit to the nasopharynx and respiratory tract,” the authors conclude.