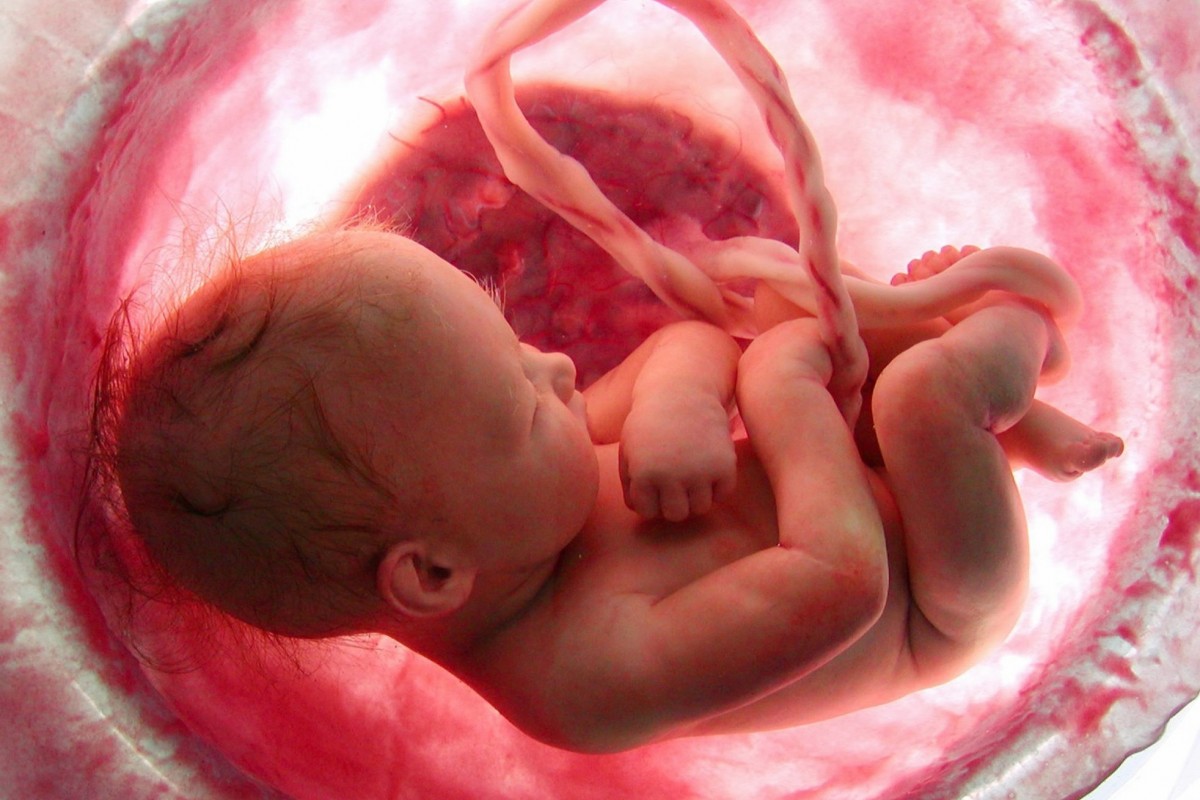 For the first time, scientists have performed prenatal gene editing to prevent a lethal metabolic disorder in laboratory animals, offering the potential to treat human congenital diseases before birth.

Published today in Nature Medicine, researchers from the Perelman School of Medicine at the University of Pennsylvania and the Children's Hospital of Philadelphia (CHOP) and offers proof-of-concept for the prenatal use of a sophisticated, low-toxicity tool that efficiently edits DNA building blocks in disease-causing genes.

Using both CRISPR-Cas9 and base editor 3 (BE3) gene-editing tools, the team reduced cholesterol levels in healthy mice treated in utero by targeting a gene that regulates those levels. They also used prenatal gene editing to improve liver function and prevent neonatal death in a subgroup of mice that had been engineered with a mutation causing the lethal liver disease hereditary tyrosinemia type 1 (HT1).

HT1 in humans usually appears during infancy, and it is often treatable with a medicine called nitisinone and a strict diet. However, when treatments fail, patients are at risk of liver failure or liver cancer. Prenatal treatment could open a door to disease prevention, for HT1 and potentially for other congenital disorders.

"Our ultimate goal is to translate the approach used in these proof-of-concept studies to treat severe diseases diagnosed early in pregnancy," said study co-leader William H. Peranteau, MD. "We hope to broaden this strategy to intervene prenatally in congenital diseases that currently have no effective treatment for most patients, and result in death or severe complications in infants."

"We used base editing to turn off the effects of a disease-causing genetic mutation," said study co-leader Kiran Musunuru, MD, Ph.D., MPH, an associate professor of Cardiovascular Medicine at Penn.

"We also plan to use the same base-editing technique not just to disrupt a mutation's effects, but to directly correct the mutation." Musunuru is an expert in gene-editing technology and previously showed that it can be used to reduce cholesterol and fat levels in the blood, which could lead to the development of a "vaccination" to prevent cardiovascular disease.

In this study, the scientists used base editor 3 (BE3), which takes clustered regularly interspersed short palindromic repeats (CRISPR), joins it with a modified CRISPR-associated protein 9 to form a partially active version of the CRISPR-Cas 9 tool, and harnesses it as a homing device to carry an enzyme to a highly specific genetic location in the liver cells of fetal mice.

The enzyme chemically modified the targeted genetic sequence, changing one type of DNA base to another. BE3 is potentially safer than CRISPR-Cas9 because it does not fully cut the DNA molecule and leave it vulnerable to unanticipated errors when the cut is repaired, as has been seen with the CRISPR-Cas9 tool.

After birth, the mice in the study carried stable amounts of edited liver cells for up to three months after the prenatal treatment, with no evidence of unwanted, off-target editing at other DNA sites. In the subgroup of the mice bioengineered to model HT1, BE3 improved liver function and preserved survival. The BE3-treated mice were also healthier than mice receiving nitisinone, the current first-line treatment for HT1 patients.

To deliver CRISPR-Cas9 and BE3, the scientists used adenovirus vectors, which have often been used in gene therapy experiments. Because previous gene therapy research has shown that adenovirus vectors may cause unintended and sometimes deleterious responses from the host's immune system, the team is investigating alternate delivery methods such as lipid nanoparticles, which are less likely to stimulate unwanted immune responses.

A future direction for the team, in addition to using base editing to directly correct disease-causing mutations, will be to investigate its application to other diseases, including those based in organs beyond the liver.

"A significant amount of work needs to be done before prenatal gene editing can be translated to the clinic, including investigations into more clinically relevant delivery mechanisms and ensuring the safety of this approach," said Peranteau, who added, "Nonetheless, we are excited about the potential of this approach to treat genetic diseases of the liver and other organs for which few therapeutic options exist."