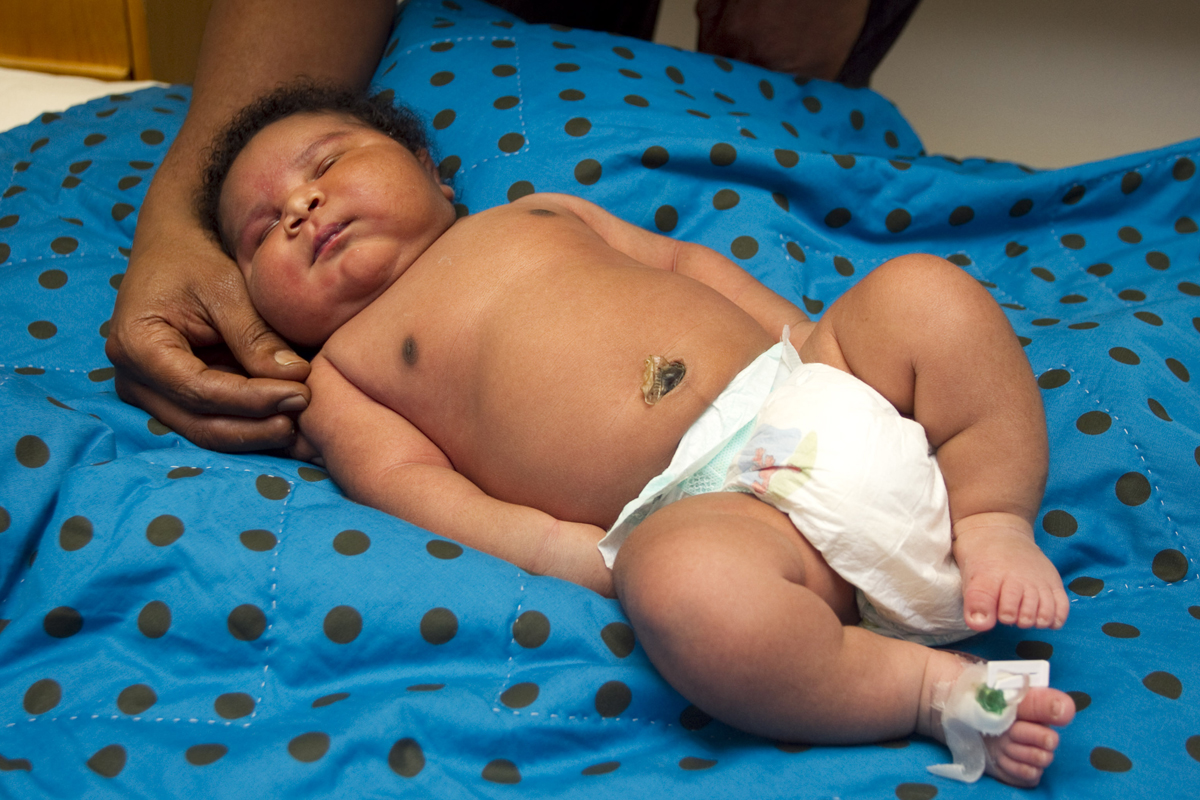 Despite good glycemic control with continuous glucose monitoring (CGM) and intensive insulin management throughout pregnancy, women with type 1 diabetes still had babies who were large for gestational age, shows a small retrospective study in US women

"These data indicate that the prevalence of fetal overgrowth in type 1 diabetes remains alarmingly high, even with modern diabetes management," write Bethany Mulla, MD, from Beth Israel Deaconess Medical Center, Boston, Massachusetts, and coauthors in their article published in the June issue of Diabetes Technology and Therapeutics.

Moreover, the authors acknowledge that although hyperglycemia in pregnant mothers is likely central to fetal overgrowth, "factors other than glycemic control may contribute to large for gestational age [babies]."

These include "differences in placental function," which could contribute to macrosomia risk, or "the rising prevalence of obesity in the type 1 diabetes population."

Is Controlling Hyperglycemia Before Conception the Key?

The only association, the authors, saw related to gestational period was between higher first trimester mean glucose and higher estimated fetal weight percentile. "Our results suggest that fetal overgrowth may emerge earlier in pregnancy than previous reports," they observe.

CONCEPT was an international randomized controlled trial of CGM in 325 participants (pregnant mothers or those planning pregnancies) with type 1 diabetes. It found that the superior glycemic control with CGM halved the risk of large for gestational age babies versus finger prick tests.

Zoe Stewart, MBBS, Ph.D., from the University of Cambridge, UK, and coauthor of the CONCEPT study, gave her views on these new findings by Mulla and colleagues.

"There is limited information on maternal glucose control in this study; it may be that their metric is too crude and does not adequately characterize maternal glucose control," she noted. Also, "there was no association found between mean glucose and fetal growth in the other trimesters, which differs from what others have found."

Nevertheless, she acknowledged that — as suggested by Mulla and colleagues — it could be that "placental factors, weight gain, obesity, or other factors had a greater influence on fetal growth than glucose variability."

No Correlation Between Glycemic Variability and Fetal Weight

Mulla and colleagues conducted the retrospective cohort study in 41 pregnant women with type 1 diabetes and used the CGM data to calculate glycemic variability over a median 7-day interval in each trimester.

"To our knowledge, we are the first to examine detailed prenatal ultrasound data in pregnancies complicated by type 1 diabetes," they observe.

Estimated fetal weight and abdominal circumference from ultrasounds increased during pregnancy in a manner that was consistent with accelerated prenatal growth.

Average birth weight was 4 kg (8.8 Ibs) and mean birth weight percentile was 93rd. Overall,  37% of infants were admitted to the neonatal intensive care unit with hypoglycemia.

There were no significant correlations between trimester-specific glycemic variability and estimated fetal weight, abdominal circumference, and birth weight, adjusted for maternal age.

"Our analysis of the timing of accelerated growth across abdominal circumference percentile and estimated fetal weight percentile may help predict when fetal overgrowth starts to occur, which may identify important therapeutic windows for future intervention studies," say Mulla and coauthors.